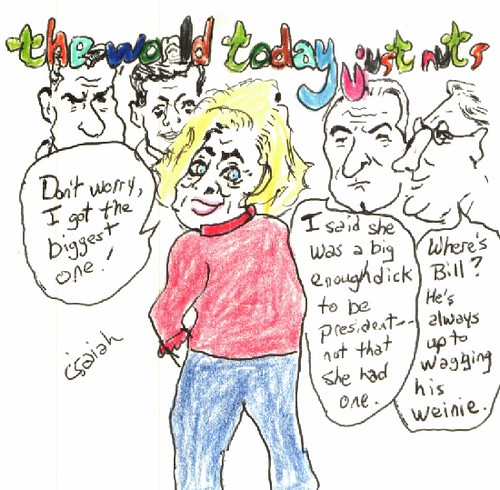 But less and less.

I was at Target yesterday and there wasn't one new release that even tempted me.

Mainly, I look at the covers and think, "Who are these nobodies?"

The last new DVD I wanted was the Mad Max reboot.

And yet every week sees more movies released on DVD and they're just disappointing and uninteresting to me.

I went to Amazon's new releases -- for streaming -- and felt the same way only more so because they had so many films and none of them were worth a rental to me.

I do not feel this has been a good year for films.

Saturday, November 11, 28, 2015.  Chaos and violence continue, the Anbar Provincial Council objects to the war planes bombing Falluja, Haider al-Abadi appears to be slipping, and much more.


Today, the US government announced:


Strikes in Iraq
Bomber, fighter, attack, and remotely piloted aircraft conducted 17 strikes in Iraq, coordinated with and in support of Iraq’s government:

-- Near Albu Hayat, one strike struck an ISIL tactical unit.

The bombings have no positive effect.

They do, however, terrorize the Iraqi people.


For example, ALSUMARIA reports the Anbar Provincial Council issued a statement today decrying the bombing by warplanes flying over Falluja and notes that these bombs are effecting the lives of civilians and contributing to the deaths of "women and children and the elderly."  Civilians in Falluja are calling for an end to the bombings and safe passage out of Falluja.

Anbar is largely Sunni and what's taking place there in the so-called name of 'liberation' is not seen as such by everyone.


It's funny, isn't it, how when Iraqis object to actions by Bully Boy Bush, we on the left rush to insist that they be heard.  But when they're not pleased with Barack, we turn our backs on them and act like they weren't speaking.

Or we whine about the US government interfering in an election but when Barack Obama overturned the results of Iraq's 2010 election, we fall silent.


It's because so many of us lack ethics and integrity.


Did someone say whore?

Oh, can you tell us again about Bully Boy Bush?


Please, ugly Grandma, can you tell us one more time about that?

He's also out of office.

Even the cheapest whore or coward can now call out Bully Boy Bush.

But remember Katrina's grand standing because it's why THE NATION is sinking.

And things will only get worse.

They can pretend -- and do -- that they held Bill's feet to the fire and led the fight for the left.

Their whoring then is protected as it existed at the early stages of the internet.

Their whoring under Barack?

It's all over the internet.  Not just us, but WSWS and many others have called them out.

They have failed to fight against Barack's continued war but Katrina sticks her ugly, big nose into Iraq anytime she thinks she can score points against Bully Boy Bush which, let's all be honest, is her attempt to turn the 2016 election to the Democrats.

She doesn't care about Iraq.

That's why she repeatedly ignored Americans who refused to fight -- or continue to fight -- in Iraq.

And we documented that in real time.

So the ugly, old whore -- with a racist grandfather who got the family rich by ripping off African-American entertainers (including Lena Horne) --  needs to grasp that she's not fooling anyone.

And her father's connections to the intelligence community -- which, when noted on her Wikipedia page, she has her interns scrub -- are part of the control of the left and she needs to be rejected completely by the left.


She lies so well from her Harlem mansion.

In a mansion tiled with salmon-pink marble, Sunni politician Osama al-Nujaifi greets visitors in an expansive meeting room. From a chair flanked by the national flag, he insists he is still vice president of Iraq — even though Iraq’s prime minister says he is not.

Nujaifi’s position and Iraq’s two other vice presidencies were eliminated by Prime Minister Haider al-Abadi in purported cost-cutting measures announced this summer. But there is little change at Nujaifi’s office. His staff is still paid, he said, and he is working as normal.
Nujaifi’s defiance highlights Abadi’s weak hand as he fails to execute anything but superficial changes after pledging wide-ranging reforms in response to street protests. Smelling blood as he flounders, his political rivals have turned on him, while ­Iranian-backed militias leverage what they can from him.

Barack backed Nouri (after Bully Boy Bush installed him).  He gave Nouri the second term that the Iraqi voters had denied him.

Then when Nouri's strident hatred of Sunnis became even more intolerable even Barack had to walk away.

Not too far, he can't tire himself out, after all.

He stayed in Nouri's political party (Dawa) when picking the new prime minister of Iraq in August 2014.

In a speech today, ALL IRAQ NEWS notes, Haider declared that he has accomplished reforms and cited opening up (a tiny) part of the Green Zone and Baghdad's night life as successful reforms.  He also spoke of the necessity to prosecute corruption . . . but offered no examples of success with that goal.


Opening a small spot of the Green Zone -- and not even open to all Iraqis -- was treated as a major move by the press -- those who actually reported on the opening, however, tended to note how nothing had really changed.

In fact, the biggest problem for Baghdad's night life was -- and remains -- Shi'ite police that regularly try to shut down clubs for 'morality' reasons.


As Barack continues to back Haider, it's interesting to note that the  only real support he receives in Iraq comes from the man the US government has branded a threat to the US.

ALL IRAQ NEWS reports Shi'ite cleric and movement leader Moqtada al-Sadr has called for Haider al-Abadi to continue his push for reforms even in the face of the appeal that a coalition led by Osama al-Nujaifi has filed with the Federal Court of Iraq to overrule Abadi's move to cancel the posts of vice president.  ALSUMARIA notes this follows an October 24th decision upholding Haider's move.  However, Wael Grace (AL MADA) reports Parliament's stating that despite voting to pass the bill they have never received the official legislation on this move.

Nothing gets sorted out.


On the political front, US Senator John McCain is in Iraq and has Tweeted the following on his meet-ups.


Media Matters has their Soros-bought panties in a wad as usual.

It's all binary and political games to Bitch-boi Boehlert and the other Soros whores at Media Matters.

Real critics would point out that the two senators support more war on Iraq.

They'd note that this means to war hawks will be on and that there will be no voices of peace.


But for Boehlert isn't about actions or opinions, it's just about team jerseys.


They don't do media critiques at Media Matters, they just spread the text equivalents of venereal diseases.


Turning to some of today's violence,   IRAQI SPRING MC reports government forces shelled Salman Village today resulting in the deaths of several civilians.  ALSUMARIA notes a suicide car bomber in Tuz took his own life and the lives of 5 other people with fifteen more left injured,, a Tarmiya roadside bombing killed 1 person, and former MP Mishan al-Jubouri's cousin was kidnapped in Hillah and then found dead hours later.  al-Juburi is also a Sheikh in the al-Jiburi tribe and he is part of the Sunni community in Iraq.  In addition, AFP reports, "A bomb-rigged mass grave believed to hold the remains of more than 120 people killed by the Islamic State group has been found in north Iraq, an official said today."

The move would placate coalition allies, particularly the United States, who view the refuelling plane and the surveillance aircraft as valuable contributions to the ongoing air campaign.
The move would also allow Prime Minister Justin Trudeau to continue to say he is keeping his election promise of withdrawing Canada’s six CF-18 fighter jets. Trudeau promised to end Canada’s combat mission in Iraq and Syria by bringing the CF-18s home before March. Sources have said that there is a good chance the Polaris and the Auroras will stay…..it is unclear at this point how many Canadian Forces personnel will remain in Kuwait to support the planes.

Hello to every one out here,

My name is Daniela Gomez, I live in United Kingdom, My husband and I have been married for about 6 yrs now. We were happily married with two kids, a boy and a girl. 3 months ago, I started to notice some strange behavior from him and a few weeks later I found out that my husband is seeing someone. He started coming home late from work, he hardly care about me or the kids anymore, Sometimes he goes out and doesn't even come back home for about 2-3 days. I did all I could to rectify this problem but all to no avail. I became very worried and needed help. As I was browsing through the internet one day, I came across a website that suggested that Dr Frank Ojo can help solve marital problems, restore broken relationships and so on. So, I felt I should give him a try. I contacted him and he did a spell for me. Three days later, my husband came to me and apologized for the wrongs he did and promise never to do it again. Ever since then, everything has returned back to normal. I and my family are living together happily again.. All thanks to Dr Frank Ojo . If you need a spell caster that can cast a spell that truly works, I suggest you contact him. He will not disappoint you. if you have any problem contact him, I give you 100% guarantee that he will help you, This is his details

Thank you
all for reading.