I didn't mind the first GUARDIANS OF THE GALAXY.

I saw it this weekend.

I think its the screenplay and specifically the inability of writers to write anything solid other than an origin story.

Again, no problem with the acting.

I didn't even have a problem with the set pieces which were staged wonderfully.

It just felt a little stilted.

Like it could have been a Fantastic Four movie.

What I have been enjoying is SENSE8.

Read Ava and C.I.'s "TV: NETFLIX's finest series returns" and grasp that they don't generally re-review a show but they really loved season two and thought it needed the praise.

There better be a season three.

I couldn't believe the cliff hanger.

Or who got captured at the end (trying not to do spoilers).

I really love the new Van Damme, by the way.  He's so much better in the role.

The other guy was more of a pretty boy.

This is my favorite online series.


What lies do they teach in high school to instill pride in US institutions these days?

Cato Institute‏Verified account @CatoInstitute  8h8 hours ago
Many high school students—soon to register for the draft—have never known a U.S. not at war in Afghanistan and Iraq. http://j.mp/2pZBenK

How do you sell that?

Iraq didn't attack the US, neither did Afghanistan.

Can't sell them as 'success.'

Can't sell them as defense -- again, neither country attacked the US.

Over a million Iraqis killed before this decade even started.

Maybe you could try 'humanitarian' but you'd probably have to quickly add "gone deadly wrong."

How do you sell these wars?

#Iraq's forces launched a very successful offensive and recaptured most of the city's northwest this week. 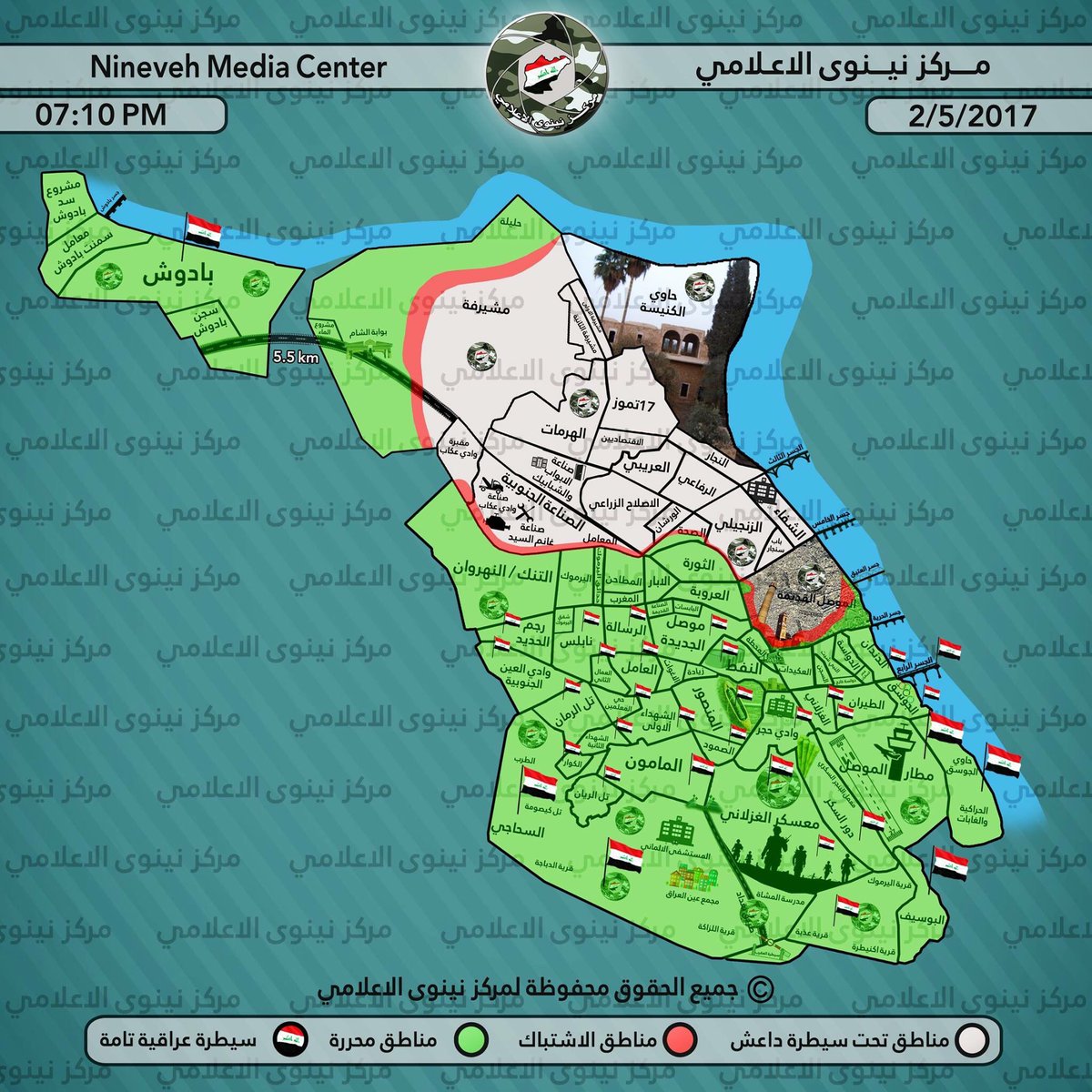 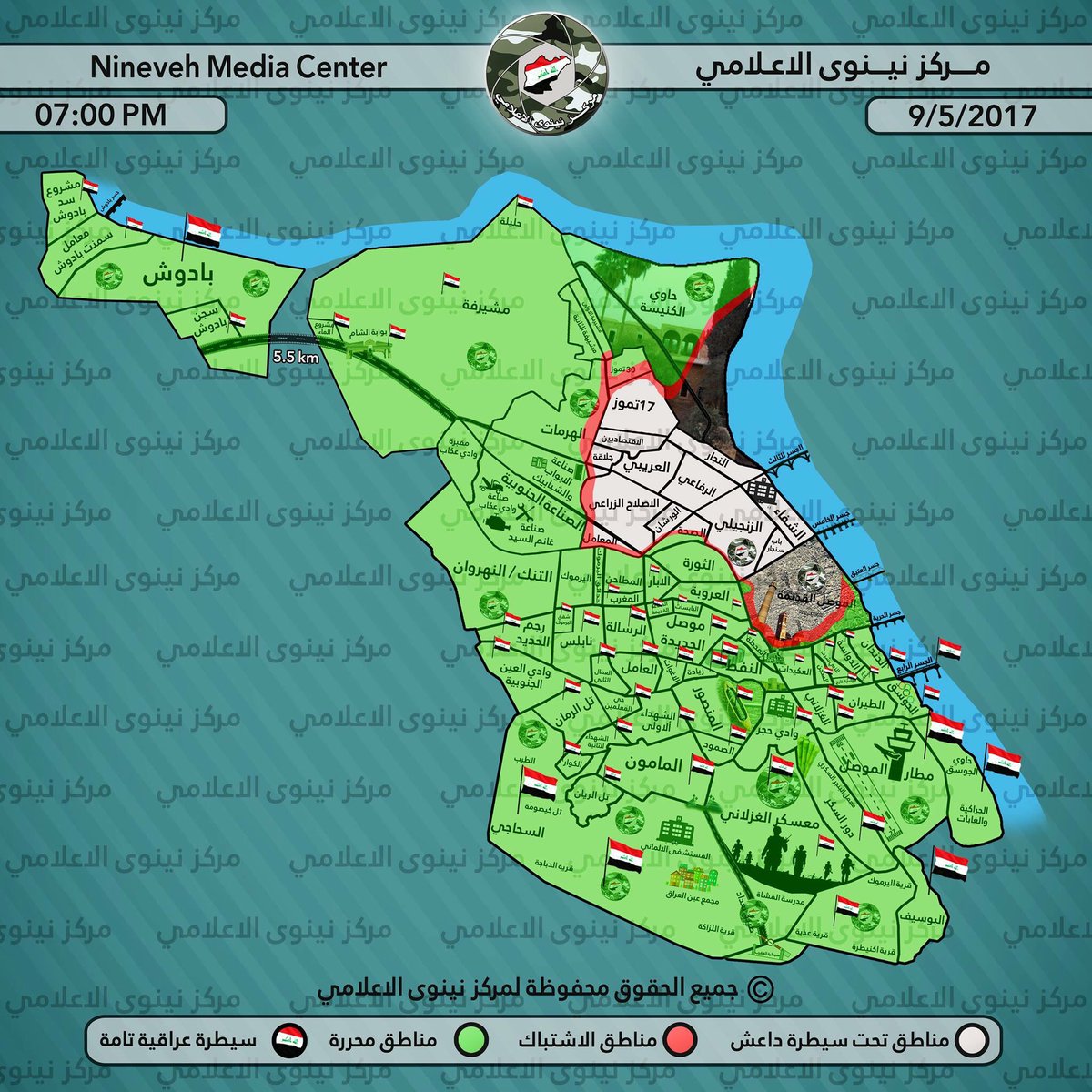 More than 400,000 people have been displaced from western Mosul about two months into the Iraqi army's battle against the Islamic State of Iraq and the Levant (ISIL), according to the UN.


The UN Office for the Coordination of Humanitarian Affairs (OCHA) said, citing the Iraqi government, that 434,775 people have fled ISIL's last stronghold in Iraq since Iraqi forces launched the western Mosul operation on February 19.
This brings the number of internally displaced people, since the Mosul operation started in October, to a total of 615,150 Iraqis.


If creating refugees is a measure of success, count The Mosul Slog as a huge accomplishment.

Because at some point, the Islamic State has to be driven out of Mosul (even if only temporarily).

When asked if Baghdad will be able to secure, stabilize and rebuild Mosul long-term after ISIS's removal [Washington Institute's Michael] Knights responded in the affirmative, but added that “the long-term is a long way away.”

Dylan O'Driscoll, a former analyst the Middle East Research Institute (MERI) think-tank in Erbil who now works at the Humanitarian and Conflict Response Institute (HCRI) at the University of Manchester, warned of ill-planning before the Mosul operation began. Political timetables in both Baghdad and Washington saw both powers overlook the importance of anticipating how to deal with the long-term situation in Mosul, as opposed to just the immediate military task of removing the militants.

Before the beginning of the operation last October he wrote a report on Mosul and the future of the wider Nineveh region published by MERI which outlined the shortcomings of current plans, or lack thereof, for that area’s future. O'Driscoll compared this to the poor post-conflict planning following the 2003 American-led invasion of Iraq, and the instability which subsequently plagued the country ever since, and warned that if Mosul's “liberation is devoid of long-term planning it will likely result in the resurfacing of a number of issues responsible for the rise of ISIS in Iraq in the first place.”

“I still share the same concerns I had when my report on the future of Nineveh was published before the military campaign began last year,” O'Driscoll told Rudaw English. “I don't see adequate preparation for the governance of the province post-ISIS and the necessary institutional restructuring is widely being ignored.

“At the same time, there is very little development of coordinated localized security solutions allowing for the long-term security of the province. On the development side, things are also moving slow, particularly with regards to restarting the economy.”


Mosul isn't the only major issue of late.

Iraq's neighbor to the north is Turkey.

HURRIYET DAILY NEWS maintains, "The Turkish Air Force has been conducting regular airstrikes on PKK facilities in both northern Iraq and inside the country since July 2015."  Actually, no.  This latest round began then but they've been doing this since Nouri al-Maliki's first term as prime minister.

HURRIYET can be forgiven because it's a Turkish paper and tell too much truth and the Turkish president will shut you down.


"Those who report critically land behind bars," stated Carl-Eugen Eberle. The media law expert heads the German branch of the Vienna-based International Press Institute (IPI), a global network of publishers, journalists and industry insiders. IPI actively supports press freedom and, like similar organizations such as Reporters Without Borders or Writers-in-Prison, it appeals to political leaders, sends letters and travels to problematic countries.
Since the coup attempt in July 2016 and the resulting state of emergency in Turkey, the state of freedom of press in Turkey has drastically worsened, according to IPI. Reporters Without Borders has spoken of "repression on an otherwise unknown scale."

Accused of propagating terror and instigating the public, journalists and authors such as Deniz Yucel - a German citizen - have been arrested. According to IPI, around 150 journalists are currently being held in Turkish prisons. The Turkish journalists' platform P24 has put the number at 140, while the Committee to Protect Journalists says it's "more than 80." The Turkish government, on the other hand, admits to imprisoning only 30 journalists.
The recent arrest in Turkey of German reporter Deniz Yucel is not unique. While Turkey's constitution guarantees press freedom, a slew of other laws are turning it into one of the world's worst places for journalists.


Turkey has long maintained that every strike killed PKK fighters and nothing but PKK fighters; however, many civilians have been killed by bombs dropped from Turkish war planes.  As for the PKK, Aaron Hess (International Socialist Review) described the PKK in 2008, "The PKK emerged in 1984 as a major force in response to Turkey's oppression of its Kurdish population. Since the late 1970s, Turkey has waged a relentless war of attrition that has killed tens of thousands of Kurds and driven millions from their homes. The Kurds are the world's largest stateless population -- whose main population concentration straddles Turkey, Iraq, Iran, and Syria -- and have been the victims of imperialist wars and manipulation since the colonial period. While Turkey has granted limited rights to the Kurds in recent years in order to accommodate the European Union, which it seeks to join, even these are now at risk."


And the following community sites -- plus Jody Watley and BLACK AGENDA REPORT -- updated: