Don Cheadle just got an Emmy nomination for "House of Lies."

I suppose I should be thrilled.

See, I soured on Don long ago.

I feel there should be a sense of community in the African-American community.

To me Don is just Suzette Charles.

That idiot who took the title of Miss America.

Vanessa Williams was the first African-American to be crowned Miss America.

Then an old boyfriend or someone sold nude photos of her to Penthouse.

And they stripped her of her crown in the final days of her reign.

Suzette Charles had been first runner up.

And she immediately grabbed the title like a greedy little pig.

But if she'd said, "No.  As a Black woman, I'm not going to take part in stripping Vanessa of her crown"?

She'd be in the history books as the woman who refused to steal a crown.


Don was so-so in the Iron Man films.

He never should have agreed to replace Terrence Howard.


Thursday, July 16, 2015.  Chaos and violence continue, Iraq closes its border with Jordan, easily a million civilians remain trapped in Anbar Province as the Iraqi military attempts to 'liberate' the province, and much more.

The assault on Anbar continues.


Al Bawaba reports that the government of Jordan stated Iraq closed the border the two countries share, "A prolonged closure at Trebil crossing would cut off yet another export route for Jordan, dealing yet another blow to the country’s economy.  The kingdom closed its trade route with Syria after the crossing was seized by Syrian opposition this spring."  Mustafa Saad (Alsumaria) adds that Iraq's ambassador to Jordan, Jawad Hadi al-Abbas, stated today that the border was closed as a temporary measure which will end when the military operations to take back Anbar Province from the Islamic State.  Press TV notes:

Brigadier General Saad Maan said the move is partly aimed at depriving ISIL of the income it makes through taxing the cargo trucks driving through its territory inside Iraq.
Maan said the crossing will be reopened after the security situation improves in the area.


In a really lousy report for Reuters, Dominic Evans and Isabel Coles fail to note that border closing while insisting "tens of thousands" of civilians are trapped in Anbar.

A conservative estimate of the population of Anbar is 1.6 million people.

Though some have been trapped near and outside Baghdad, it's not 700,000.

We're talking about a million civilians, minimum, trapped in Anbar as this 'operation' takes place.

For 18 months now, the Iraq military has illegally been targeting civilians in Falluja with bombings -- resulting in thousands being injured and killed.

So the notion that the Iraqi military takes and care with a civilian population is a little beyond stretched.

This is a humanitarian crisis.


And maybe if the press could focus, this would be noted.

The press showed how distracted they were in today's State Dept press briefing as no one elected to ask a question -- to spokesperson John Kirby -- about Iraq.

Al Mada reports the military is stating that they have advanced to just outside Falluja city limits.

Even that doesn't result in western coverage of significance.

Again, no major coverage came from that. 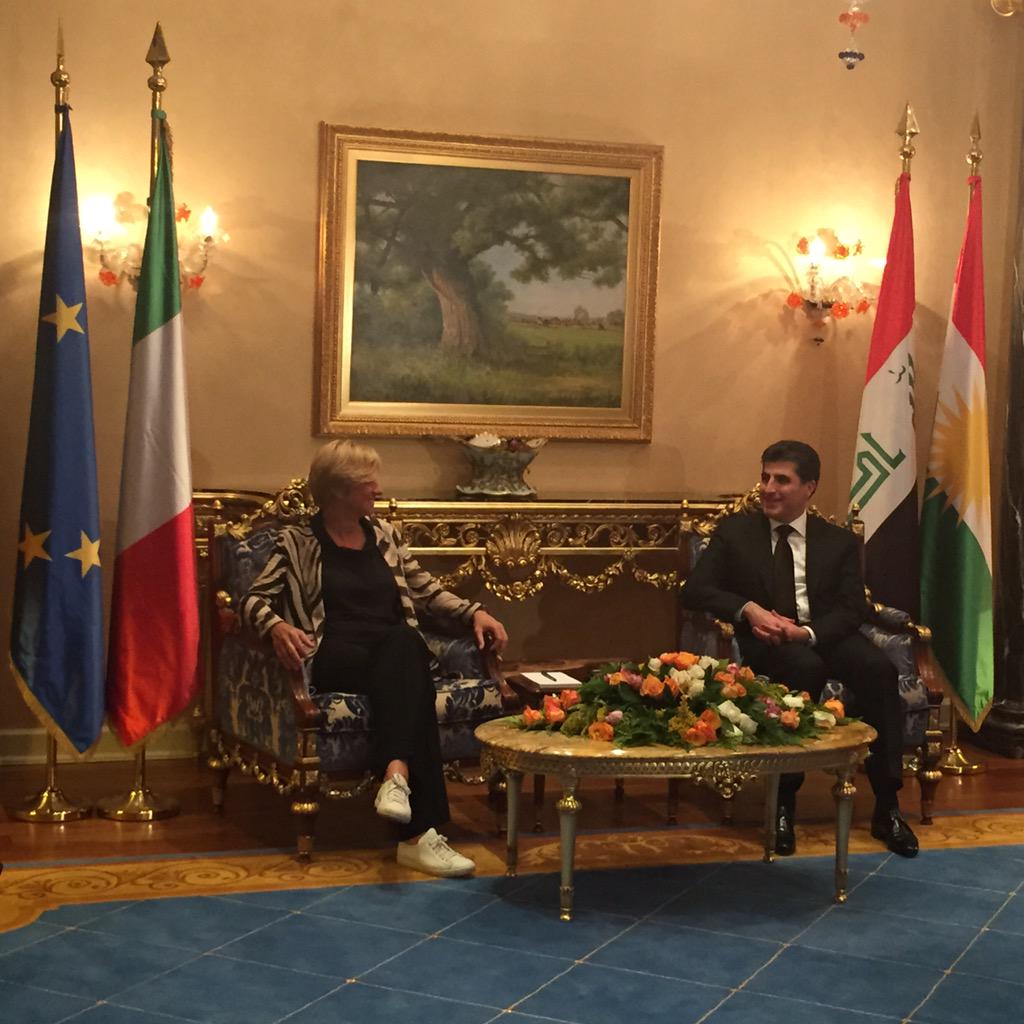 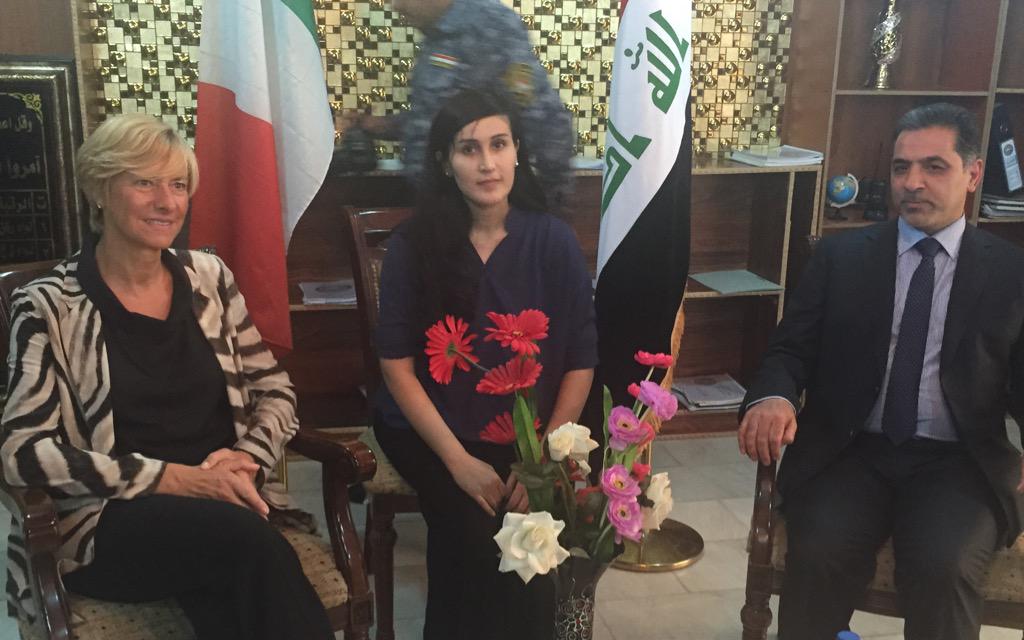 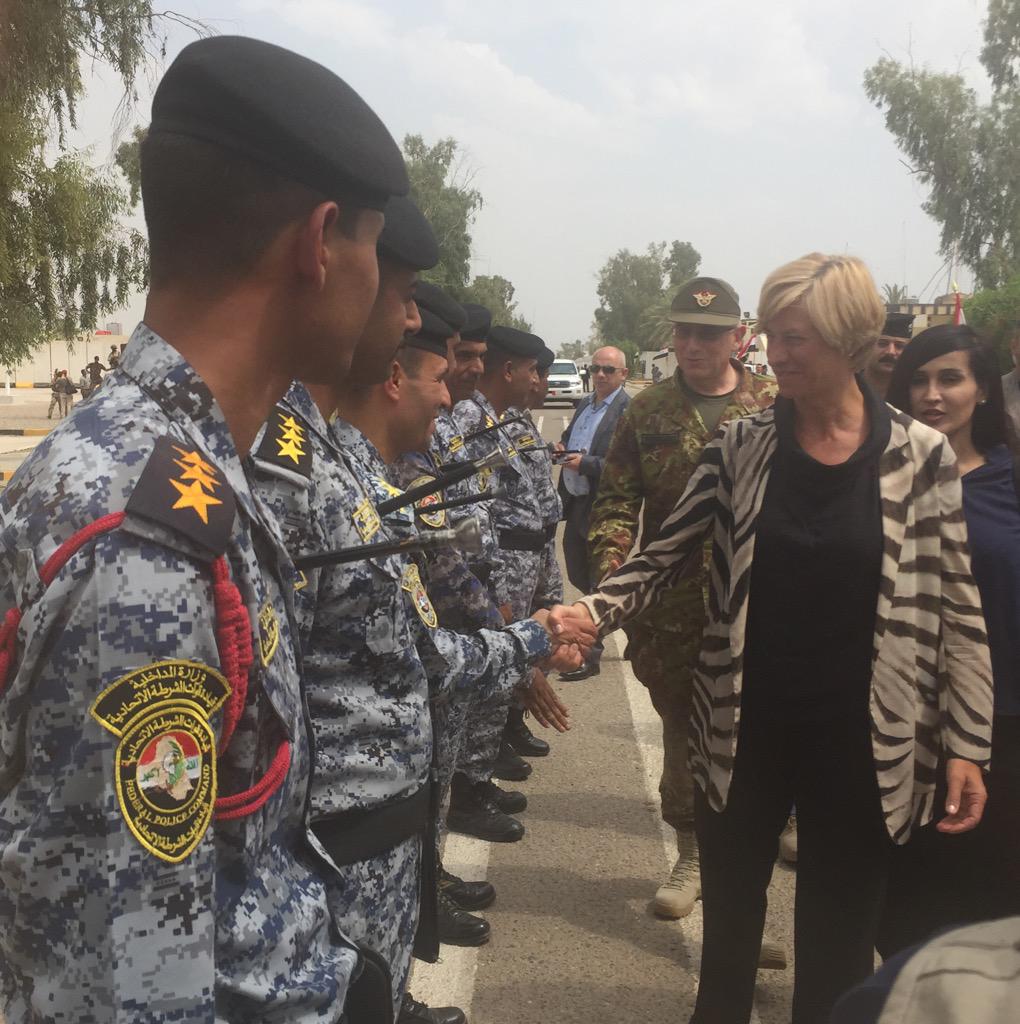 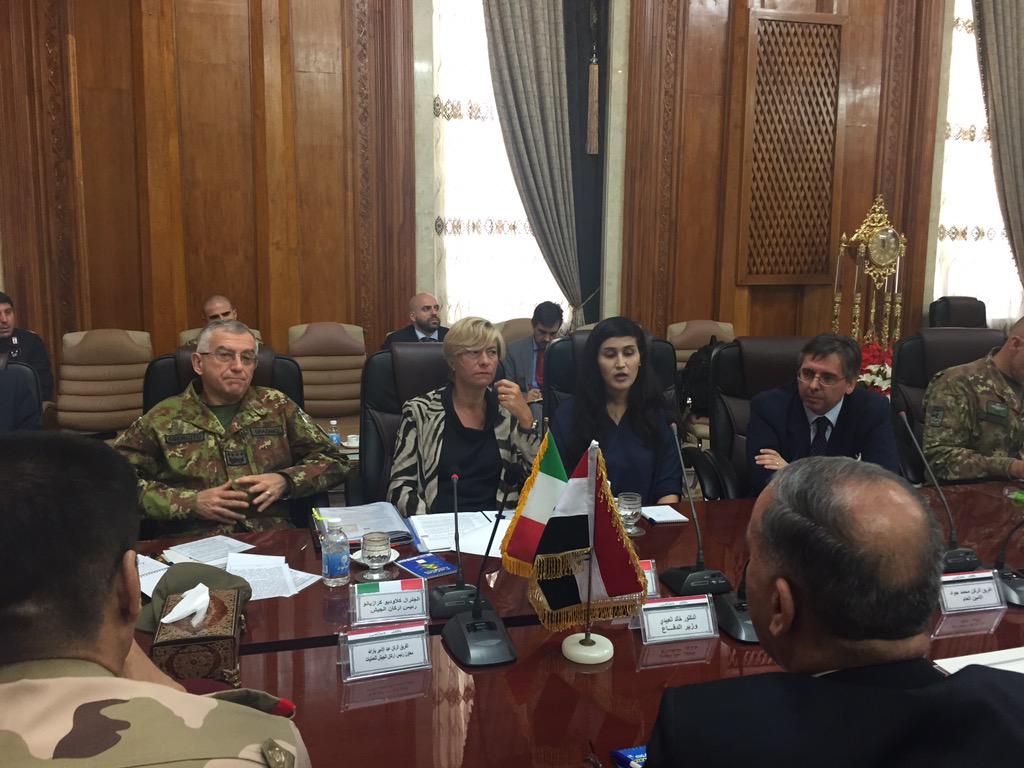 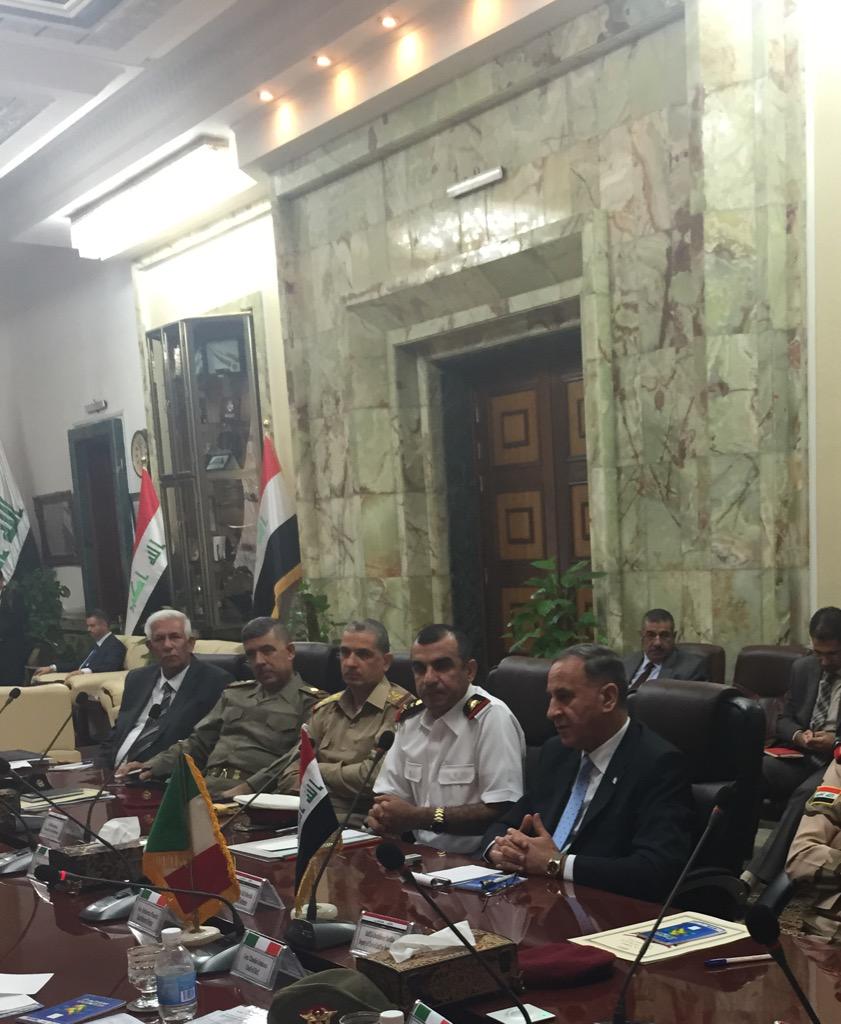 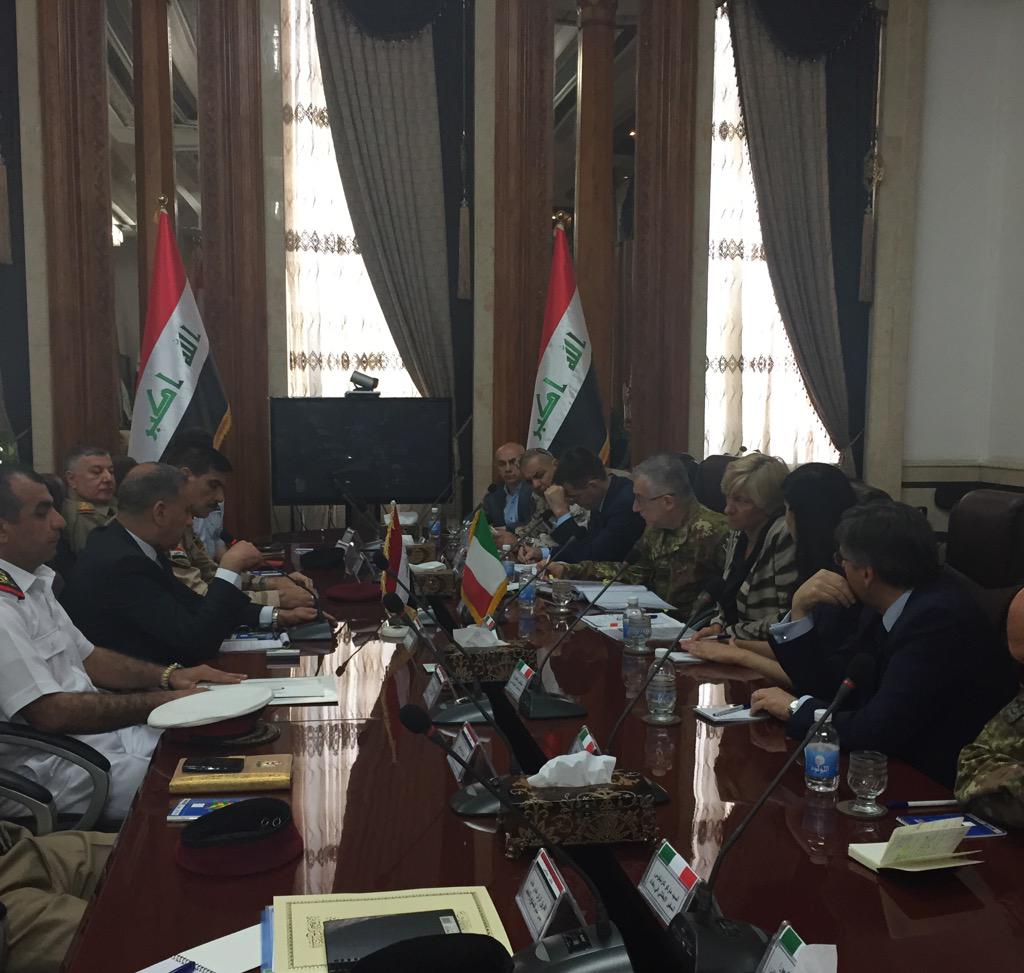 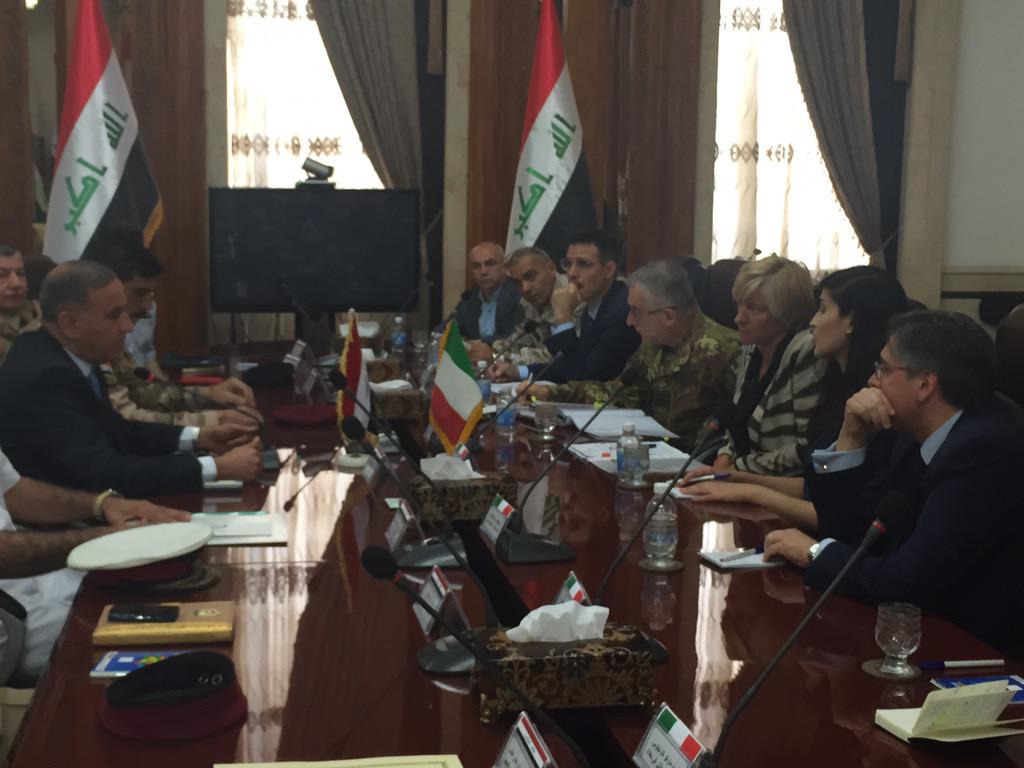 The above Tweets didn't even result in a reTweet from the State Dept's Brett McGurk.


Even remarks on Iraq from US President Barack Obama do not result in major western coverage and it's left to Rudaw to shine a spotlight on them:

In “what Iran is doing there is a problem, and we can’t cooperate in that area,” Obama said on Wednesday. He explained that, while Washington is cooperating with the Iraqi government on regaining territories lost to the Islamic State group (ISIS), it does not shy away from telling Baghdad that military cooperation with Iran is wrong.

“For example, unless you get those folks out of there, because we’re not going to have our troops -- even in an advisory or training role -- looking over their shoulders because they’re not sure of what might happen to them,” he added.

The remarks, as we noted in yesterday's snapshot, came during Barack's press conference on the treaty with Iran:

Michael Crowley:  Thank you. You alluded earlier to Iran’s role in Syria, just to focus on that for a moment. Many analysts and some former members of your administration believe that the kind of negotiated political settlement that you say is necessary in Syria will require working directly with Iran and giving Iran an important role. Do you agree? And is that a dialogue you’ll be actively seeking?  And what about the fight against ISIS? What would it take for there to be explicit cooperation between the U.S. and Iran?

President Barack Obama:  I do agree that we’re not going to solve the problems in Syria unless there’s buy-in from the Russians, the Iranians, the Turks, our Gulf partners. It’s too chaotic. There are too many factions. There’s too much money and too many arms flooding into the zone. It’s gotten caught up in both sectarian conflict and geopolitical jockeying. And in order for us to resolve it, there’s going to have to be agreement among the major powers that are interested in Syria that this is not going to be won on the battlefield. So Iran is one of those players, and I think that it’s important for them to be part of that conversation.  I want to repeat what I said earlier. We have not -- and I don’t anticipate any time in the near future -- restored normal diplomatic relations with Iran. And so I do not foresee a formal set of agreements with Iran in terms of how we’re conducting our counter-ISIL campaign.  But clearly, Iran has influence in Iraq. Iraq has a majority Shia population. They have relationships to Iran. Some are natural. We expect somebody like Prime Minister Abadi to meet with and negotiate and work with Iran as its neighbor. Some are less legitimate, where you see Iran financing Shia militias that in the past have killed American soldiers and in the future may carry out atrocities when they move into Sunni areas. And so we’re working with our diplomats on the ground, as well as our military teams on the ground to asses where can we appropriately at least de-conflict, and where can we work with Prime Minister Abadi around an overall strategy for Iraq to regain its sovereignty, and where do we tell Abadi, you know what, what Iran is doing there is a problem, and we can’t cooperate in that area, for example, unless you get those folks out of there because we’re not going to have our troops, even in an advisory or training role, looking over their shoulders because they’re not sure of what might happen to them. And those conversations have been ongoing. I think they will continue.  The one thing you can count on is that any work that the U.S. government does, or the U.S. military does in Iraq with other partners on the ground is premised on the idea that they are reporting to -- under the chain of command of the Iraqi government and Iraqi security forces. If we don’t have confidence that ultimately Abadi is directing those soldiers, then it’s tough for us to have any kind of direct relationship.


This was supposed to be big news, Haider trying to 'liberate' Anbar.

Instead, it barely gets a mention in the western press.

In fairness, there was Tikrit.

That over hyped action took weeks to get any momentum going.

The press was fooled throughout.

Maybe they've learned and are taking a wait and see attitude to the operations in Anbar?


The lack of attention to Iraq allows a great many wrongs to go unnoticed -- such as the lack of justice in Iraq's justice system.