Thanks for nothing NETFLIX.

They don't know what they're going to do?


Right now, NETFLIX has a deal with Disney but not only does Disney also allow HULU to carry some of its films, Disney is about to offer its own streaming service.

It's very likely that the deal with Disney could go the way of the earlier deal with STARZ.

Early on in its streaming days, NETFLIX members could stream STARZ live or any of the films STARZ was broadcasting that month could be streamed on demand.

NETFLIX subscribers know that things never returned to normal after that.  The film classics were more or less gone and have remained gone.  In an effort to appease the subscribers, the company made a big to do about their deal with Disney and how other things were in store.

Which is all the more reason for NETFLIX to build up its own catalogue.

So he gave his big interview today and didn't know a thing.  Everything he talked about was addressed last week by Ava and C.I.

Now I know they're connected, Ava and C.I., they can tell you the streaming figures and could even when NETFLIX was playing mum.

But even so, what is THE HOLLYWOOD REPORTER doing?  Basically running with week old news.

And I'm really pissed that NETFLIX can't answer what the plan is.

I'm sick of them.

They cancel SENSE8.  They offer no classic films.

Why am I still with them?

That's the question they need to be able to answer in every interview they give.


UNAMI has released its monthly undercount of deaths in Iraq:

Baghdad, 03 December 2017 – A total of 117 Iraqi civilians were killed and another 264 injured in acts of terrorism, violence and armed conflict in Iraq in November 2017*, according to casualty figures recorded by the United Nations Assistance Mission for Iraq (UNAMI).
The number of civilians killed in November (not including police) was 114, while the number of injured (not including police) was 264.
Of those figures, Baghdad was the worst affected Governorate, with 201 civilian casualties (51 killed, 150 injured). Salahaddin Governorate followed, with 24 killed and 60 injured, and Kirkuk had 12 killed and 28 injured. UNAMI has not been able to obtain the civilian casualty figures from the Anbar Health Department for the month of November.
“The two bombings in Tuz Khurmatu, Salahaddin Governorate, and in Baghdad Governorate in November which caused numerous casualties among civilians are a horrible reminder that the terrorists can still inflict blows at peaceful citizens, and that all measures need to be taken by the authorities to protect civilians against the barbarism of the terrorists,” said the Special Representative of the United Nations Secretary-General (SRSG) for Iraq, Mr. Ján Kubiš.
*CAVEATS: In general, UNAMI has been hindered in effectively verifying casualties in conflict areas. In some cases, UNAMI could only partially verify certain incidents. UNAMI has also received, without being able to verify, reports of large numbers of casualties along with unknown numbers of persons who have died from secondary effects of violence after having fled their homes due to exposure to the elements, lack of water, food, medicines and health care. For these reasons, the figures reported have to be considered as the absolute minimum.
For more information, please contact: Mr. Samir Ghattas, Director of Public Information/Spokesperson United Nations Assistance Mission for Iraq, Phone: +964 790 193 1281, Email: ghattass@un.org or the UNAMI Public Information Office: unami-information@un.org


A bill submitted by the US Congress calling for the designation of Iraq’s al-Nujaba movement as a terrorist organization has shed light on this group and the dangerous role sectarian militias are playing in Syria and Iraq. The regional and international conflict in the Middle East has been given religious and sectarian aspects due to Iran’s policies. Militias have therefore become instruments of foreign policy and proxy wars.

Perhaps this explains why the US bill also includes the blacklisting of Asaib Ahl al-Haq and the Iraqi Hezbollah Brigades.

Al-Nujaba is a sectarian militia that was formed by Shi’ite cleric Akram al-Kaabi. It differs from the Lebanese “Hezbollah” party and its wings in Iraq and some Arab countries even though their members are confused with each other because they follow a common authority.

Nevertheless, al-Nujaba and Lebanon’s “Hezbollah” enjoy good ties and their respective leaderships have held several meetings. Kaabi had announced that he had met in 2004 with “Hezbollah” chief Hassan Nasrallah. He also acknowledged during a trip to Tehran that “Hezbollah” military advisors had entered Iraq before the US withdrawal in 2011. These advisors were transferring their experience in resisting Israel to Iraq, he explained. One can therefore say that al-Nujaba considers “Hezbollah” to be its ideal.

This group is not to be confused with the group Margaret Griffis (ANTIWAR.COM) notes,  "Zahir Tahir, a member of Diyala Provincial Council, announced the formation of a new militant group called al-Hazmyun group in the Mandali region near the Iran border. They number only about 70 and may be what is left of the Islamic State in the area. It is also possible that they moved in from the Tuz Khormato region."

So much for 'liberated' Iraq that Hayder al-Abadi keeps getting credit for.

French President Emmanuel Macron on Saturday called on Iraq to dismantle all militias, including the government-sanctioned, Iran-backed Popular Mobilisation Forces (PMF), a rare public call to do so by a major Western leader.
Macron’s call, which followed a meeting with Iraqi Kurdish leaders in Paris, underscores the tough balancing act Baghdad has to perform between its allies in the war on Islamic State, Iran and Western powers, which do not see eye to eye.


Maliki, who still wields immense power in Iraq, slammed Macron saying “France’s constitution enshrines that they should not meddle in the world countries’ affairs. But Emmanuel Macron unexpectedly meddled in Iraq’s internal affairs calling for the dismantling of a formal legal institution, the Hashd al-Shabai


Nouri may not have a great deal of time to focus on lashing out at foreign leaders due to problems of his own.  After years of using public funds as his own, he's finally said to be facing potential corruption charges.  MIDDLE EAST MONITOR explains:

The Iraqi Commission of Integrity has referred the country’s vice presidents, Nouri Al-Maliki, Iyad Allawi and Osama Najafi, and a number of other ministers to the judiciary on corruption charges.
“The regulatory authorities are accused of investigating small officials and excluding senior officials which is wrong. The evidence is the opening of major corruption files at national levels,” commission chairperson, Hussein Al-Yasiri, told reporters yesterday.
He added that the commission coordinates with the general prosecution and the Ministry of Justice to retrieve stolen funds however some countries do not cooperate with the Iraqi authorities.
Before the world rejoices, everyone should take a breath because the report's validity is being questioned.  ASHARQ AL-AWSAT notes:
Al-Sabah newspaper reported on Sunday Head of the Commission of Integrity Hassan al-Yassri saying the President’s three deputies: Nouri al-Maliki, Ayad al-Allawi, and Osama al-Nujaifi had been referred to the court for “illegitimate earnings.”

Al-Sabah's editor in chief Abbas Abboud, who interviewed head of the Commission of Integrity, apologized for the news later saying it was a "misprint" and the newspaper mentioned the deputies' names by mistake. However, that didn't bring down the anger and condemnation statements.
As Nouri sputters indignantly, maybe he can take comfort in the fact that he didn't make the list of Iraq's 'bathing beauties'?
This are the people who run Iraq today lol. Shia militias commander! #Kurdistan #Iraq #YPG #TwitterKurds #Yemen #SundayMorning #pmu #PKK PUK #KRG #Rojava #Iran #TrumpImpeachmentParty #arabic #Poltical #Shia #

Maybe Nouri can demand a recount?
Turning to the topic of diplomacy . . .
Protecting Iraq’s religious and cultural diversity is a U.S. priority. Special Advisor for Religious Minorities @KnoxThames met this week with Iraqi officials, community leaders, and the UN to discuss helping Iraqi Christians and other minorities recover from ISIS’ occupation. 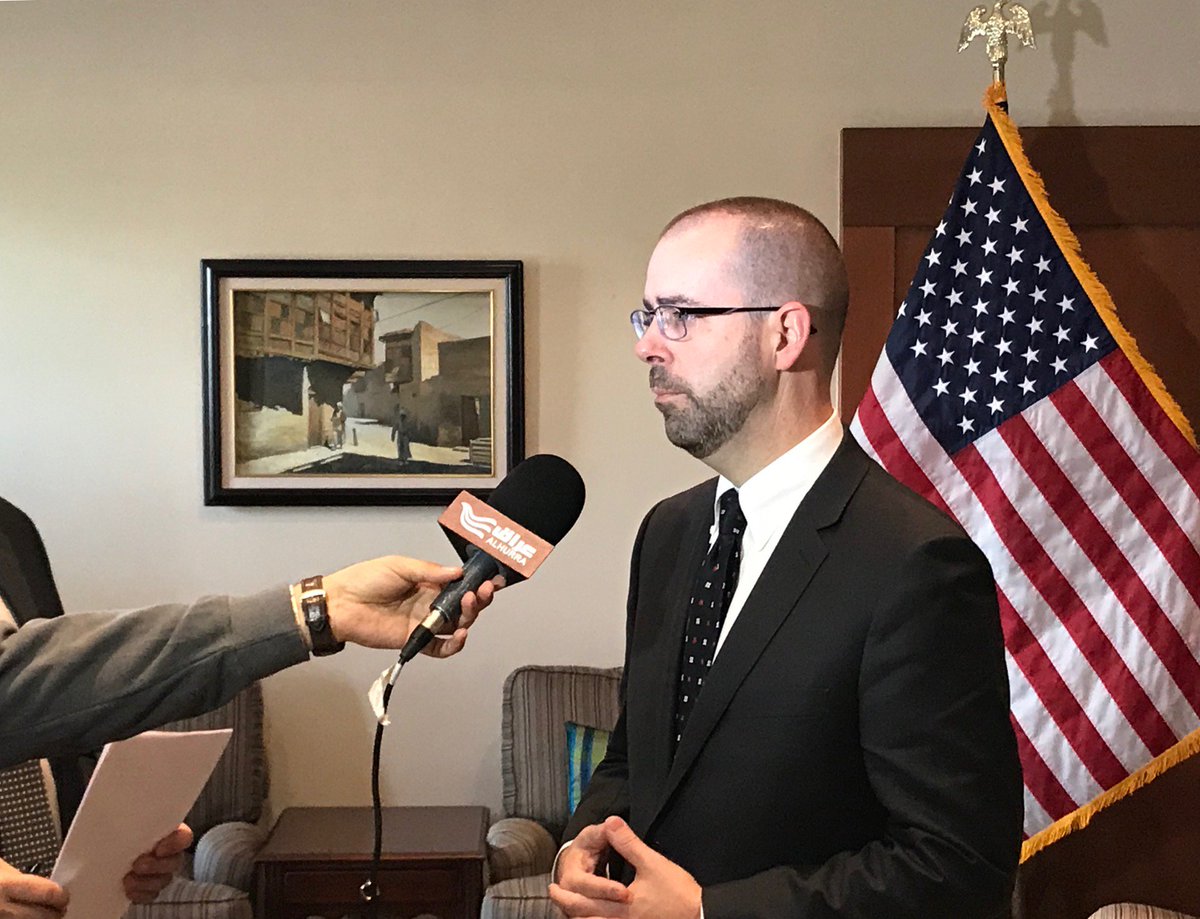 On a more substantial diplomatic note:
To my wonderful fans, I am so excited to announce that I have become a global ambassador for the incredible humanitarian group @WarChildUK. Over the past year I have been on two trips with War Child to Iraq & to Jordan to witness first hand what this incredible charity are doing 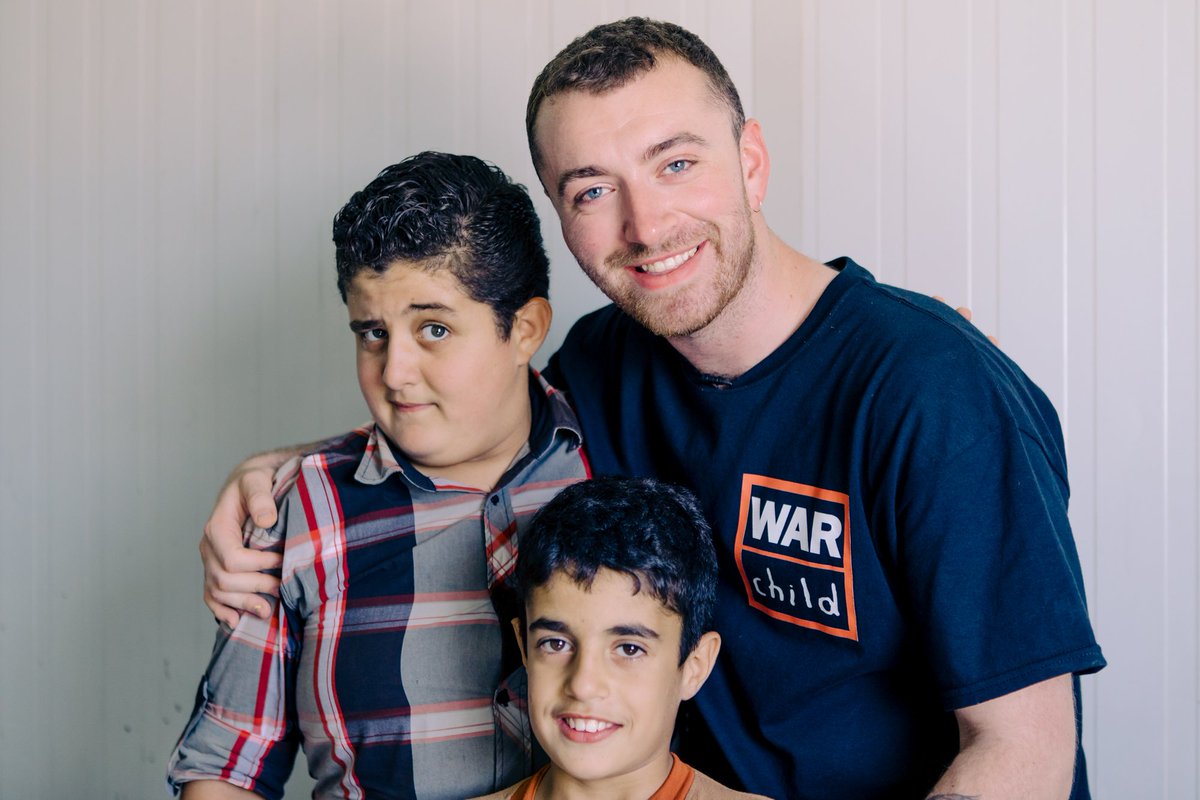 Sam's most recent single is "One Last Song."
We're in the last month of 2017 which means people will begin offering their reflections as well as their choices for significant moments and people of 2017.  CNN has already noted one well deserving person as they seek your input and determining who should be CNN Hero of the Year.