He's not a good person, but Michael Moore pretends to be.

Leonard Maltin‏Verified account @leonardmaltin Sep 11
Leonard Maltin Retweeted Leonard Maltin
Folks. We chose to speak up because we wanted to help our friends protect and defend their reputation. This is not about our president or politics. Please stop attacking each other, stop the name calling, stop the viciousness. Don’t lose sight of the actual issue at hand.
Leonard Maltin added, 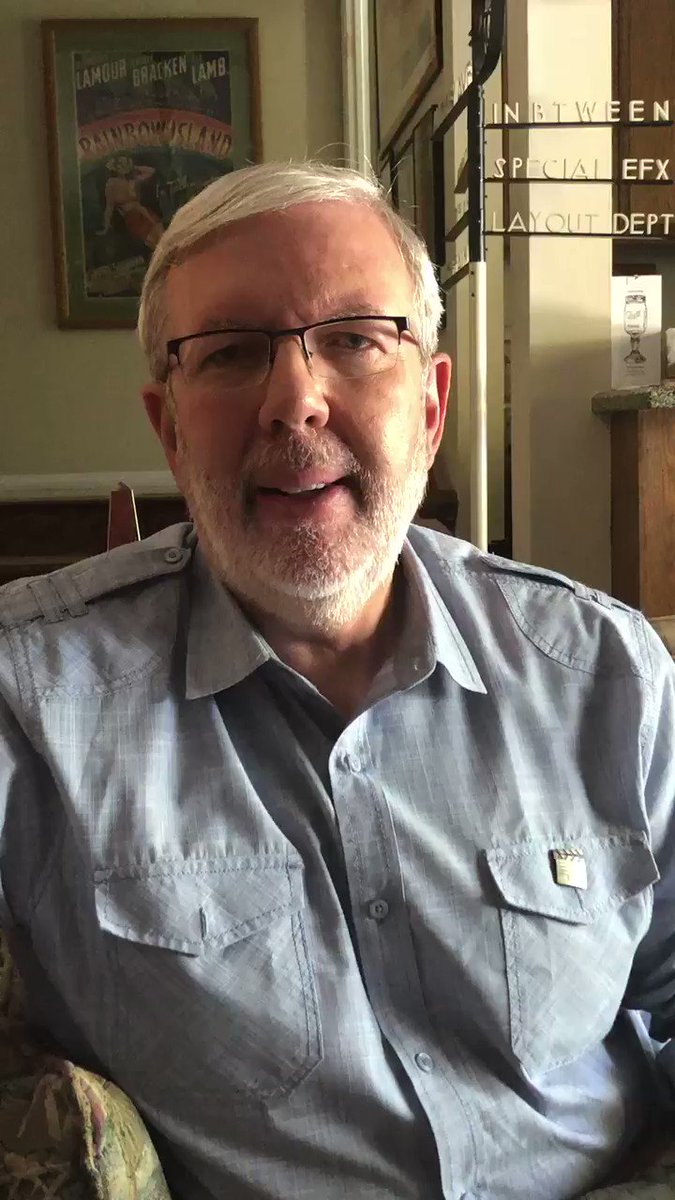 2:12
Leonard MaltinVerified account @leonardmaltin
I’m extremely uncomfortable doing something like this. I have no desire to fight or argue with anyone—but I must stand up for my dear friends at Boston Light and Sound. #MichaelMoore is slandering them—and I can’t stand…
31 replies73 retweets486 likes

Michael Moore is no friend of American workers.

His fat ass should have been shown the door long, long ago.

It's a bit like Bridget Oei declaring she doesn't want to be Miss America just as they were placing the crown on Nia Franklin, but . . . okay.

Tasnim News Agency‏Verified account @Tasnimnews_EN 3h3 hours ago
#Iraqi Prime Minister Haider al-Abadi said that he is not going to hold on to power, as Iraq moves closer to forming a new government


Talk about moment passed, ship has sailed.  THE WASHINGTON POST and REUTERS have both reported earlier this week that Hayder al-Abadi did not have the support needed for a second term as prime minister.  Did the news only just reach him?


Dropping back to yesterday's snapshot:


Hayder's had four years (after being installed by Barack Obama) and he's accomplished nothing.

In a desperate bid to be seen as doing something, his office Tweeted the following this morning:

The @IraqiGovt is implementing wide-ranging reforms to Iraq’s electricity sector to end outages and provide reliable and efficient power to homes businesses across the country
1:01
252 views
2 replies8 retweets14 likes

Thursday's announcement comes as the two largest factions in the Iraqi parliament united in calls for Abadi to resign after failing to resolve the problems in southern Iraq, which has been plagued with polluted water and electricity shortages. The parliament is preparing to elect a new speaker on Saturday.
More than 30,000 people have been hospitalised as a result of pollution in the water supply.

Iraq shares a border with Saudi Arabia, so let's note this.

Saudi Gazette‏Verified account @Saudi_Gazette 1h1 hour ago
#EDITORIAL: The #Basra riots have served to highlight the extraordinary extent of the #corruption and incompetence of the former government and its officials, many of whom unfortunately are still in place. —
0 replies2 retweets2 likes

Riots?  Peaceful protests is what they were until the protesters were repeatedly attacked and killed.  The editorial notes:


The government of Haider Al-Abadi has no one else to blame except itself. Since he took over in 2014, Abadi has failed to undo the distortions and harm done to the country during the appalling administration of Nuri Al-Maliki. Maliki had hollowed out the army by firing competent and generally Sunni officers, replacing them with lickspittle military nonentities whose sole qualification for command was a slavish loyalty to him. Thus when a handful of [ISIS] terrorists mounted a probing raid on the defenses of Mosul, the army immediately fled, with most of its pathetic commanders leading the rout.
Maliki very quickly became addicted to power, assigning the significant security and defense ministries to his own control.


Hayder followed Nouri al-Maliki.  There was no better rotation available.  Nouri encouraged the boos and hisses.  Being better than Nouri wouldn't be that difficult but Hayder was so lousy that even in comparison to Nouri he could't stand out.

May 12th, Iraq voted.  That's four months ago.  There is still no government.  In 2010, Iraq voted in March and didn't get around to forming a government until November.  Over eight months.

Whether on the streets of Basra or elsewhere, Iraq does not want more of the same.  AL-MONITOR notes:

The office of Iraq's top Shiite cleric, Grand Ayatollah Ali al-Sistani, issued a statement Sept. 10 calling for selecting a new prime minister who is competent and courageous to run a country plagued by rampant corruption and a weak state system.
The statement said, “The [Shiite] authority told the various [political] parties … that it will not support any new prime minister chosen from the politicians who have been in power in the past years, whether he was affiliated with a party or independent." The statement claimed that "most of the people have lost hope in any of these figures to achieve the desired improvement of the situation and to fight corruption.” It continued, “If a new figure endowed with competence, integrity, courage and firmness is chosen, it would be possible to communicate with the new prime minister on the country’s best interests, otherwise the authority would maintain its approach of boycotting the country's government officials.”
Sistani's statement came in response to claims by some politicians that the latter had proposed several candidates for the office of prime minister and refused the nomination of others. Mohammed al-Ghabban, former interior minister and a leader of the Fatah-affiliated Badr Organization, said Sept. 10 that the religious authority had intervened to find an alliance between the Fatah Alliance, which includes a number of factions of the Popular Mobilization Units (PMU) close to Iran, and the Sairoon Alliance. Ghabban noted that the events in Basra and the poor performance of the government in dealing with this crisis and its repercussions undermined the Reform and Construction Coalition between Abadi and Sadr. “This has led to new alignments, convergences and understandings between Fatah and Sairoon under the guidance of the Shiite authority,” he said.


Again, it's now been four months since the elections and still no government formed.  In fairness, we probably shouldn't present it as Iraq being unable to form a government.  In 2010, the US government was responsible.  They backed Nouri al-Maliki who refused to step down and Barack Obama had the US broker The Erbil Agreement that gave Nouri his second term.  The US government is always involved in this.

And though the US press plays coy and dumb, others don't feel the need.

From THE ECONOMIST today:


Inside the Green Zone, Baghdad’s government enclave, Brett McGurk, America’s regional envoy, and Qassem Suleimani, commander of the Quds Force, Iran’s foreign legion, are marshalling their allies.
Each is trying to shape the formation of a ruling coalition to his taste, following Iraq’s messy general election in May. Iran wants a “Shia house”—comprising more than 200 of the parliament’s 329 members drawn from a range of Shia parties—to run the show. Mr McGurk wants to have the reins held by a cross-sectarian coalition of Kurds and Sunni Arabs led by Shia “nationalists” less beholden to Iran. Mr McGurk’s would-be coalition, called Islah (“Reform”), has some 145 seats. General Suleimani’s rival bloc, known as al-Bina (“Reconstruction”), has 109 or so. Neither has the majority required to choose a president and prime minister.


While the issue of the next prime minister remains a question, the position of Speaker of Parliament may be filled.  ANADOLU AGENCY reports:


The National Axis, a Sunni-leaning parliamentary bloc, has nominated Mohamed al-Halbusi for the post of speaker of Iraq’s recently-elected parliament.
In a statement, National Axis spokesman Laith al-Deleimi said the bloc had chosen its “sole nominee” for the post, which, under Iraq’s constitution (promulgated after the 2003 U.S. invasion), is reserved for a Sunni Muslim.


But already there are claims that al-Halbusi will not fill the slot.

“The message from Basra is loud and clear for all political elites,” said @aalmawlawi “They’ve realized, if you like, that there’s a ticking time bomb.” Latest developments on government formation in Baghdad following the unrest in #Basra:
2 replies4 retweets7 likes

Both Iran and the US have been trying to shape the next government in Iraq. But the rising Fatih-Sadr coalition shouldn't be read as a sure victory for Iran. Rather, it + #Basra protests (where Iranian consulate was burned down) mark a shift inwards for Iraq's political leaders.
1 reply2 retweets4 likes

Raya Jalabi‏Verified account @rayajalabi
“The way the US & the Iranians have viewed Iraq until now is if they back their horse, they can control the country,” said @renadmansour. “What this new potential coalition is saying – or at least what the Sadrists are saying – is [...] We’re not your proxies, we’re your allies.”
1:43 AM - 13 Sep 2018

Duaa Malik‏ @Duaa_IQ 18h18 hours ago
Coming at you straight from #Basra (before he probably got arrested): “# The people want an atheist prime minister.” #BasraProtests #البصرة_تنتفض #Basrah #البصرة

Duaa Malik‏ @Duaa_IQ 20h20 hours ago
The #Iraqi government has arrested dozens of innocent civilians who participated in the protests in #Basra. Continuing to use such tactics against the people of #Basrah would only generate anger and further unrest: bonne chance. #BasraProtests #البصرة_تنتفض #البصرة
0 replies3 retweets9 likes


Earlier today, Pope Francis spoke to the Catholic Charitable Organizations.  Lydia O'Kane (VATICAN RADIO) reports, "The Pope’s address to the Catholic Charitable Organizations on Friday offered encouragement and appreciation for the work that they do in Syria, Iraq and neighbouring countries, but it was also a speech in which the Pontiff made a forceful appeal to the international community asking them 'not to neglect the many needs of the victims of this crisis, and above all to set aside special interests in order to be at the service of peace, and to bring an end to war'."