Cher's not in the Hall of Fame

Cher, who is not in the Rock and Roll Hall of Fame (see "Maeve McDermott is part of the problem"), has another hit album.  From Billboard:


Dancing Queen -- comprised entirely of ABBA covers -- bows with 153,000 units, of which 150,000 are in album sales. The set generated about 1,000 in TEA units and 2,000 in SEA units. Dancing Queen’s sturdy bow was encouraged by sales generated from a concert ticket/album sale redemption offer for her upcoming U.S. tour, as well as old-fashioned album sales through stores like Target, Walmart, iTunes, Amazon and the like.
Dancing Queen is also the top-selling album of the week with 150,000 copies sold. It marks Cher’s first No. 1 on the Top Album Sales chart and her largest sales week for an album since Nielsen Music began electronically tracking sales in 1991. Cher’s previous biggest one-week sales sum came in 2003, when The Very Best of Cherstarted with 122,000 copies sold (April 14, 2003 chart).
Dancing Queen also tallies the biggest sales week for a pop album by a woman in 2018, and the second-largest sales frame for a pop set this year (trailing only the debut week of Justin Timberlake’s Man of the Woods, when it started with 242,000 copies sold on the Feb. 17-dated list). The last pop album by a woman to yield a larger sales week was Taylor Swift’s reputation, which sold 232,000 in its second stanza (chart dated Dec. 9, 2017).

She first charted in 1965 and, in 2018, her latest album debuts at number three.  And she's still not in the Rock and Roll Hall of Fame?

And she's not in the Hall of Fame.

Andrew Scott may be the most out of touch of all observers.  At THE NATIONAL, he writes, "The election of Iraq's new Prime Minister Designate, Adel Abdul Mahdi, has given Iraqis and international observers a cautiously optimistic view of the country's future."  You've got the LGBTQ community in Iraq again under attack . . .

“I want to see my mother” those were his last words, an innocent kid who was killed just because he was suspected to be gay, sure because in Iraq being gay/different is a crime but killing people just because they are different than us is not!!
1 reply57 retweets74 likes


Absolutely sickening. In Iraq, 15 yr old Mahmoud al Mutairi was mutilated & murdered because he was suspected of being gay, trans, emo. Killed for his appearance, clothing & behaviour. A horrific video of his final moments exists; his final words are "I want to see my mother". 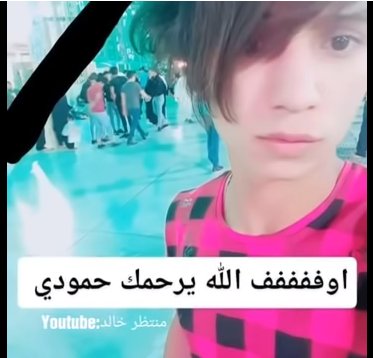 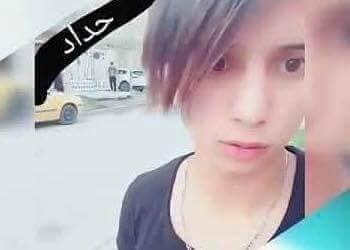 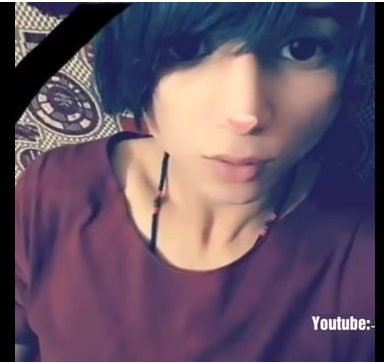 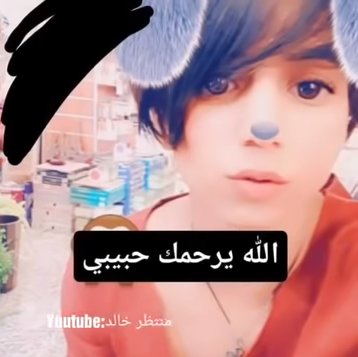 An innocent kid was was killed in Iraq  just because they suspected he was gay , I think the international community and especially the lgbtq community should take a stand ##حمودي_المطيري
1 reply65 retweets63 likes


An innocent kid brutally murdered in Iraq and his only fault is that he was born different in an ugly place that fears differences!

RIP little angel, you deserved better than this fucked up world! I hope you’re in a better place now!


. . . you've got a string of murders taking place where the victims are women and they're being killed for being seen as 'independent' . . .


But Scott's seeing bright skies and rainbows in Iraq.

Prime Minister Adel Abdul Mahdi will have to deal with ongoing economic crises that lead to months of violent protest in the country's southern, oil-rich Basra province. It's home to Iraq’s only seaport and oil fields that produce 75 percent of Iraq's oil, but despite the province's economic advantages, locals say that they see very few benefits from the government.

A former Miss Iraq beauty queen has fled the country after receiving death threats, which followed a spate of killings of high-profile women.
Shimaa Qasim Abdulrahman, who was awarded the crown in 2015, said she has left for Jordan after receiving a message from a man purporting to be an Islamic State of Iraq and the Levant (Isil) member reading “you’re next”.

"I was threatened with murder. My life was in danger. The killing of this many people scared me,” she told local Kurdish news site Rudaw. “I wasn’t comfortable living there anymore and that is why I left Iraq and came to Jordan.”

AP adds, "It is not clear whether the deaths are connected, however they have followed a pattern of targeting women promoting female empowerment and tend to fall on a Thursday.   The violence has shocked Iraq, raising fears of a return to the kind of attacks on prominent figures that plagued the country at the height of its sectarian strife."

‘How to bring peace to Iraq if you don’t look at serious crimes against women? There is a lack of attention to this problem. Authorities show concern but there is so much more to be done.’ 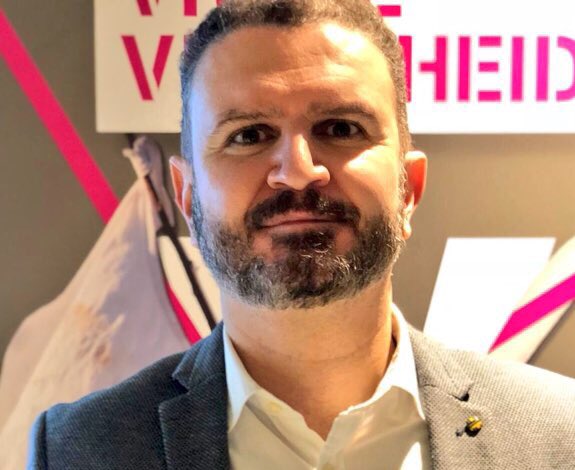 
Bel Trew (INDEPENDENT) reports on Iraq's water shortage -- which impacts so much in Iraq.  Farmers had to cut back or stop farming.  Ghastly photos emerged all summer of Iraqi livestock near death.  The marshes are drying up and whole communities have lived in these areas.  This is only going to get worse.

And then there are the religious minorities.  For example, THE TABLET notes:

Christianity in Iraq is just one wave of persecution away from extinction, said the Chaldean Catholic archbishop of Basra.
In an interview with Catholic News Service, Chaldean Archbishop Habib Nafali said there were now so few Christians in his country that the church there would disappear if it was subjected to further persecution.
He said the displacements and murders of Christians over the past 15 years constituted genocide.

"Another wave of persecution will be the end of Christianity after 2,000 years," he said in the 5 October interview in St. Columba's Church.


The problems are immense.  Yet the western press can't stop spinning.  Why?  Because this is part of selling the Iraq War.  Remember, I've called out Hayder al-Abadi.  The western press has written one poor-Hayder article after another in the last four weeks.  They think he was wonderful.  Well if he was wonderful, how is changing prime ministers going to change anything?

There's no indication that it wil.  It may.  Mahdi may end up being a great prime minister.  But that's not what this is about.  The presidency of Iraq is a ceremonial role but before the rush to praise Mahdi, the same western press was raving over Barham Saleh.

Papa John's is crappy pizza.  It's oily and doughy and the crust is four times as much the pizza as any toppings.  Firing this person (the president of the company?) didn't change the lousy pizza.  But it did result in a bunch of press about how Papa John's was getting back on track.

That wasn't reality and it wasn't news.  It was selling Papa John's -- a hideous company that should have closed long ago.  And now?  We see that as the stocks increase with the rumors that its about to be bought out.

Papa John's press was about stringing people along.  The same way the press about Iraq's prime minister-designate -- he's not been declared the new prime minister yet -- is about selling the continued occupation of Iraq and the continued war on Iraq.

:Iraq’s Prime Minister-Designate Adel Abdul-Mahdi received Iran’s Ambassador to Baghdad Iraj Masjedi on Tuesday, 24 hours after Abdul-Mahdi said in a statement that he will not receive officials from diplomatic missions and embassies.

In a statement on Monday, Abdul-Mahdi said he will not receive the heads and top officials of diplomatic missions while forming the cabinet, except for very special cases such as the representative of the UN secretary general.

His statement added that diplomatic missions can convey messages to him via the ministry of foreign affairs or the cabinet’s general secretariat or his office or via e-mail and the phone.

News that Abdul-Mahdi received the Iranian envoy was posted on Abdul-Mahdi’s Facebook page and it sparked sarcasm with many commenting that the prime minister-designate could not keep a promise that he just made 24 hours ago.

Not being able to keep your word?  Especially this early?  That's not reassuring.


Moving over to the Kurdistan region.


In a message addressed to Iraqis, British Ambassador to Iraq, @JonWilksFCO, talks about the next political phase in the Kurdistan Region and #Iraq, as well as the UK's contribution to the country.
#TwitterKurds @UKinIraq @ukinerbil


Promises from the British ambassador?  That means nothing.  The reality is explained below.


#DECLASSIFIED. Wilson’s Labour govt of the late 1960s covertly supplied massive quantities of arms to help the Iraq regime slaughter Kurds, as village after village was being destroyed. An episode written out of history. goo.gl/cGnKxc 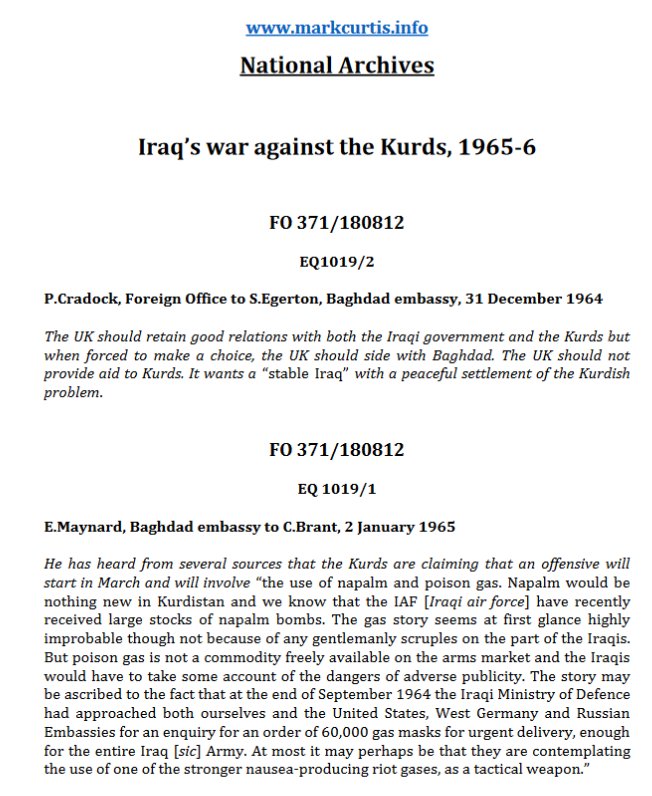 The governments of the UK and the US do not support the Kurds.  They give limited assistance and lots of promises but repeatedly stab the Kurds in the back and actively work to undercut efforts at Kurdish independence.


Later this month in D.C., many will declare their independence from the War Machine and their solidarity with humanity by taking part on the March on the Pentagon actions.


Join us at the Pentagon on October 21st. Hear from YahNé Ndgo and others as we call for an end to the bipartisan war machine. @YahNeNdgo #WomenRise4Peace marchonpentagon.com/march


Join us at the Pentagon on October 21st. Hear from Margaret Flowers and others as we call for an end to the bipartisan war machine. @PopResistance #WomenRise4Peace marchonpentagon.com/march

Join us at the Pentagon on October 21st. Hear from Margaret Flowers and others as we call for an end to the bipartisan war machine. @PopResistance #WomenRise4Peace marchonpentagon.com/march
0 replies3 retweets7 likes


.@CodePink Co-Founder @MedeaBenjamin on Her Next Direct Action: The Women’s March on the Pentagon (@WomenMarch4Paz)
1 reply14 retweets12 likes

Why do women support @Wikileaks & @JulianAssange?

Because theyre tired of the #War4Profit killing machine!

And @Wikileaks stops these wars with truth!

Why my son is persecuted!

Paint FREE ASSANGE on the back of your anti-war sign!
Mrs. Christine Assange added,

Join us at the Pentagon on October 21st. Hear from Medea Benjamin and others as we call for an end to the bipartisan war machine. @medeabenjamin @codepink #WomenRise4Peace marchonpentagon.com/march
4 replies71 retweets123 likes

Join us at the Pentagon on October 21st. Hear from Medea Benjamin and others as we call for an end to the bipartisan war machine. @medeabenjamin @codepink #WomenRise4Peace marchonpentagon.com/march
2 replies64 retweets79 likes

It's The Bribes, Again Retweeted Women’s March on the Pentagon

This is long overdue. Please, show your solidarity. Go if you can, RT whether you can or not. #WomenRise4Peace #Oct21
It's The Bribes, Again added,

Join us at the Pentagon on October 21st. Hear from Mnar Muhawesh and others as we call for an end to the bipartisan war machine. @MnarMuh @MintPressNews #WomenRise4Peace marchonpentagon.com/march
0 replies18 retweets27 likes