Some people need to grow up

Alyssa Milano, among other celebrities, has decided she grasps Aleppo.  She knows what needs to be done re: Syria (war).

There's no other way to explain her reTweeting this:

Phoebe Tonkin ‏@1PhoebeJTonkin  Dec 18
U R the future President of the USA, why have U not talked about #aleppo @realdonaldtrump these kids are the same age as ur grandchildren 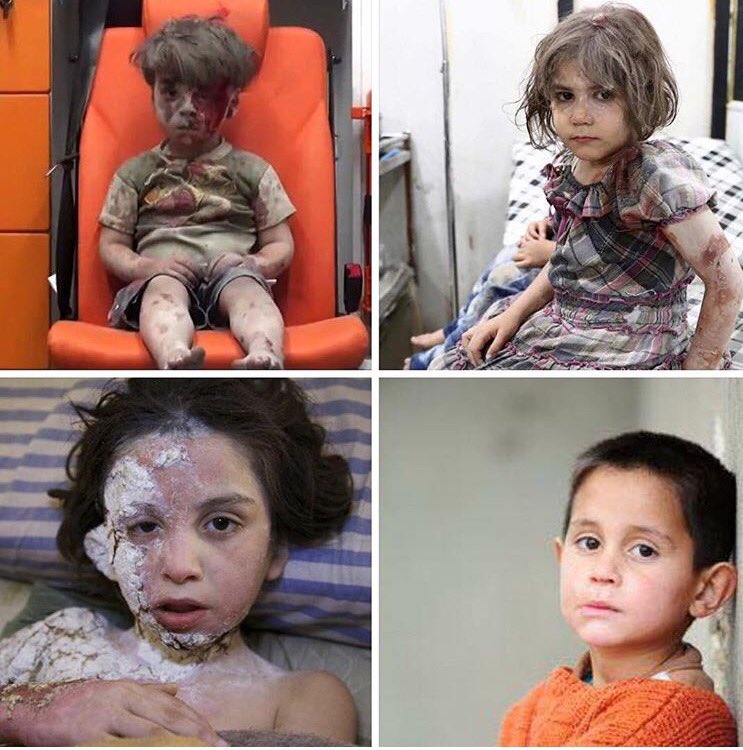 She's such a coward.

Donald's not even sworn in.

We can't have two presidents at the same time.

What an idiot she is.

And she doesn't understand Aleppo at all.

The foreign media has allowed – through naivety or self-interest – people who could only operate with the permission of al-Qaeda-type groups such as Jabhat al-Nusra and Ahrar al-Sham to dominate the news agenda.
The precedent set in Aleppo means that participants in any future conflict will have an interest in deterring foreign journalists who might report objectively. By kidnapping and killing them, it is easy to create a vacuum of information that is in great demand and will, in future, be supplied by informants sympathetic to or at the mercy of the very same people (in this case the jihadi rulers of east Aleppo) who have kept out the foreign journalists. Killing or abducting the latter turns out to have been a smart move by the jihadis because it enabled them to establish substantial control of news reaching the outside world. This is bad news for any independent journalist entering their territory and threatening their monopoly of information.
There was always a glaring contradiction at the heart of the position of the international media: on the one hand it was impossibly dangerous for foreign journalists to enter opposition-held areas of Syria, but at the same time independent activists were apparently allowed to operate freely by some of the most violent and merciless movements on earth. The threat to Western reporters was very real: James Foley had been ritually beheaded on 8 August 2014 and Steven Sotloff a few days later, though long before then foreign journalists who entered insurgent-controlled zones were in great danger.

But the threat was just as great for a local persons living under insurgent rule who criticised their actions or ideas. This is made clear by an Amnesty International report published in July this year entitled Torture Was My Punishment. Philip Luther, director of the Middle East and North Africa Programme of Amnesty International, says that in these areas civilians “live in constant fear of being abducted if they criticise the conduct of armed groups in power or fail to abide by the strict rules some have imposed”.


Alyssa Milano is among the actors who have no idea how much they've pissed people off with their idiotic Tweets.

The election is over.

It's time for people to grow up.

Monday, December 19, 2016.  Chaos and violence continue, the slog in Mosul continues, Reporters Without Borders notes the deaths of 2016 and much more.

Or at least this round. 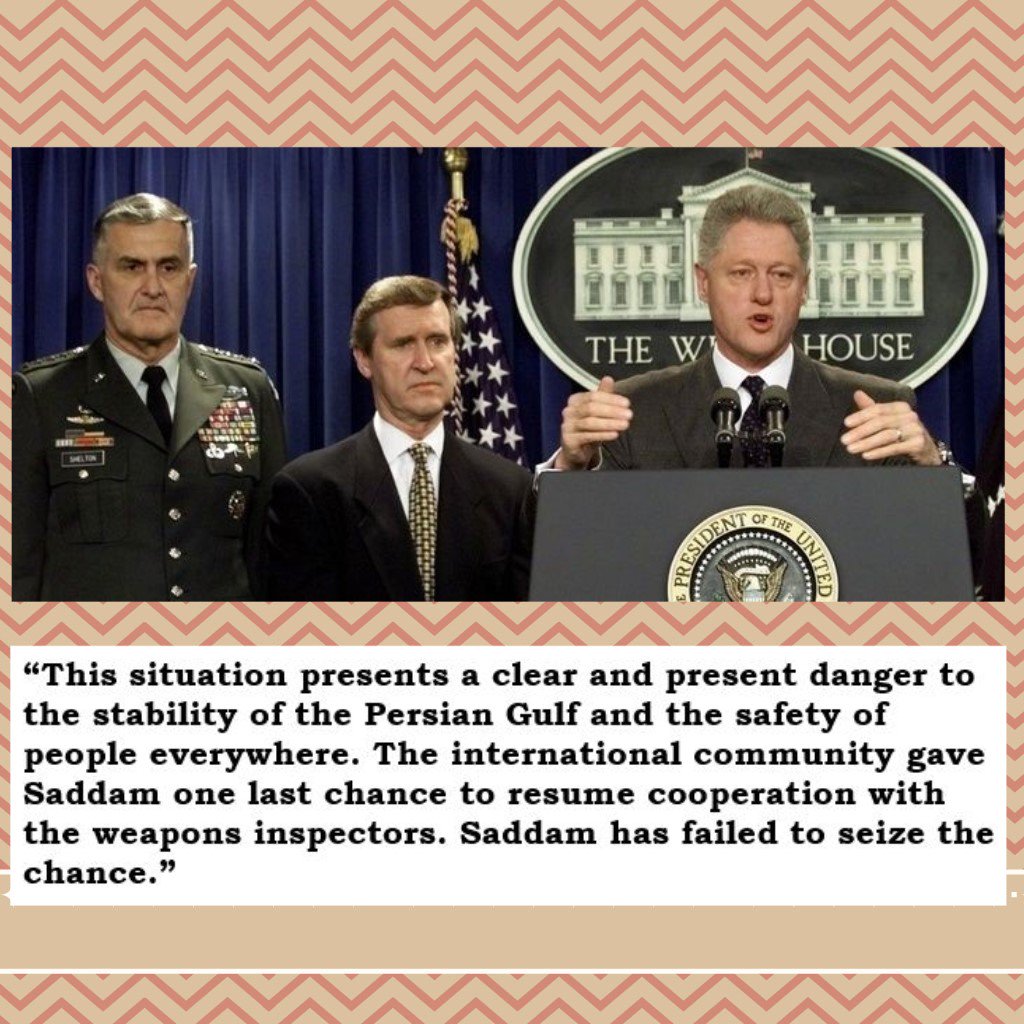 The US government has been destroying the people of Iraq for years.

Currently, US President Barack Obama 'helps' by dropping bombs on Iraq daily.  He's been helping like that since August 2014.


He's also helped by backing Shi'ite miliiats and their War Crimes as they 'liberate' cities in Iraq like Mosul currently and Falluja more recently.

What a 'success' story.

Wonder what the Iraq exhibit will look like at the Obama presidential museum?

Maybe they can offer a multi-media exhibit?


If so, they should include some video.

And there's no end in sight.

Missy Ryan and Mustafa Salim (WASHINGTON POST) report, "Doctors in an array of medical facilities around Mosul -- including military run field clinics and mobile treatment centers -- are struggling to keep up with demand as the offensive against the Islamic State grinds on."

NIQASH: Can you tell us a little more about who is fighting in Mosul and where?


Barwari: In addition to our own Golden Division forces, there are the 15th, the 9th and the 16th Divisions fighting – but many haven’t yet entered the city. Some of them got to the city entrances but they haven’t come in. Our own forces – three brigades - are being assisted by other counter-terrorism troops and we are really fighting an urban war, street by street.


NIQASH: And how do you find working with the international coalition, formed to fight the IS group?


Barwari: Our relationship with the international coalition is a very good one. There is a very high level of coordination between us. But the artillery and planes cannot bomb areas inside Mosul because many people have stayed in their houses.


NIQASH: Being Kurdish yourself, how would you describe the relationship between your forces and the Iraqi Kurdish military, also known as the Peshmerga?


Barwari: The agreement that the Iraqi army and the Peshmerga came to was excellent. It’s the first time the two forces have fought together and it really works. It’s a very positive step.


NIQASH: So, when do you expect Mosul to be completely free and clear of the extremists?

Barwari: It’s not possible to put a date on this. We are advancing slowly, to try and keep civilians safe. And we want to maintain the Golden Division’s reputation; we don’t want anyone to suffer because of us.

Reporters Without Borders notes at the top of their webiste:

Here, we call it 75 journalists.

A total of 74 journalists were murdered or killed in connection with their work in 2016, compared with 101 last year.  This significant fall is due in part to the fact that more and more journalists are fleeing countries that have become too dangerous: not only Syria, Iraq, and Libya, but also Yemen, Afghanistan, Bangladesh and Burundi, which have now also become, to varying degrees, news and information black holes where impunity reigns.

Targeted by Islamic State in the Iraqi city of Mosul
Journalists have been risking their lives again to cover the military offensive launched in mid-October with the aim of recovering Mosul, a city in northern Iraq that has been under Islamic State control since June 2014.  Embedded with Iraqi government forces and Kurdish units, reporters, cameramen, photographers and other media personnel have been targeted by Islamic State's snipers and suicide bombers. Ali Raysan, 33, a cameraman with Iraq's Al-Sumaria TV, was killed by an IS sniper while filming fighting near Al-Shura, a village south of Mosul, on 22 October.  The day before, Ahmed Hajer Oglu, 30, a reporter for Turkmeneli TV, was fatally shot by an IS sniper while covering clashes between Peshmerga forces and IS fighters in the city of Kirkuk (170 km southeast of Mosul), where IS launched a counter-offensive.  At least 14 journalists were wounded during the first week of the offensive.


Rita PanahiVerified account ‏@RitaPanahi  6h6 hours ago
In the past 13 years the Christian population in Iraq has gone from approx 1.6 million to less than 150,000.
57 replies314 retweets245 likes


And Kat's "Kat's Korner: John Legend can sing, it's making albums he struggles with" went up Sunday.


The e-mail address for this site is common_ills@yahoo.com.