It's time for the Oscars to get a new host 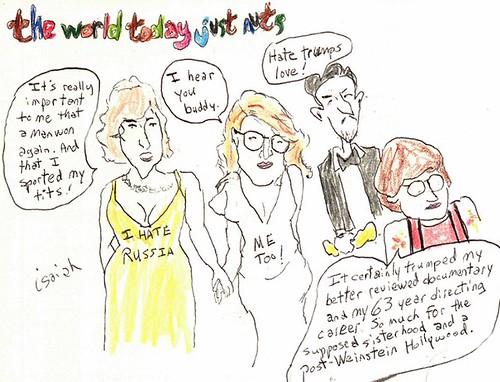 Isaiah's THE WORLD TODAY JUST NUTS "Oscars So Full Of It" says it all.

That's what I kept thinking watching the Oscars.

Whoopi, like Robin Williams, can do brilliant stand up.

That's who the Oscars needs.

Whoopi could have killed.

She would have been hilarious, she has been in the past.

Billy Crystal could do it too.

No one cares about Matt Damon and Jimmy's constant references to him.

And Jimmy's already too political to host the show.

We don't need it for the Oscars.

Get someone who's an entertainer.

Yes, I know Whoopi is political on THE VIEW and I'm sure she'd do a Donald Trump or two in a broadcast.  But she's also an entertainer and knows how to go beyond just one topic.  She can deliver real and genuine laughs.

I don't know why we're stuck with Kimmel two years in a row just because he's on ABC and ABC airs the Academy Awards.

They should try Maya Rudolph.

Maya could do a monologue but, like Billy Crystal, she could also do some musical comedy.

Please check out Ava and C.I.'s "MEDIA: Male norms, Russia hate and lots of excuses -- it's the 90th Academy Awards."


Starting with California, the leader of the state Senate is Kevin de Leon and he's running for the US Senate.


I'm running for the U.S. Senate because you deserve a seat at the table. Please join my campaign: kevindeleon.com/signup
1:16
33.1K views
269 replies402 retweets975 likes 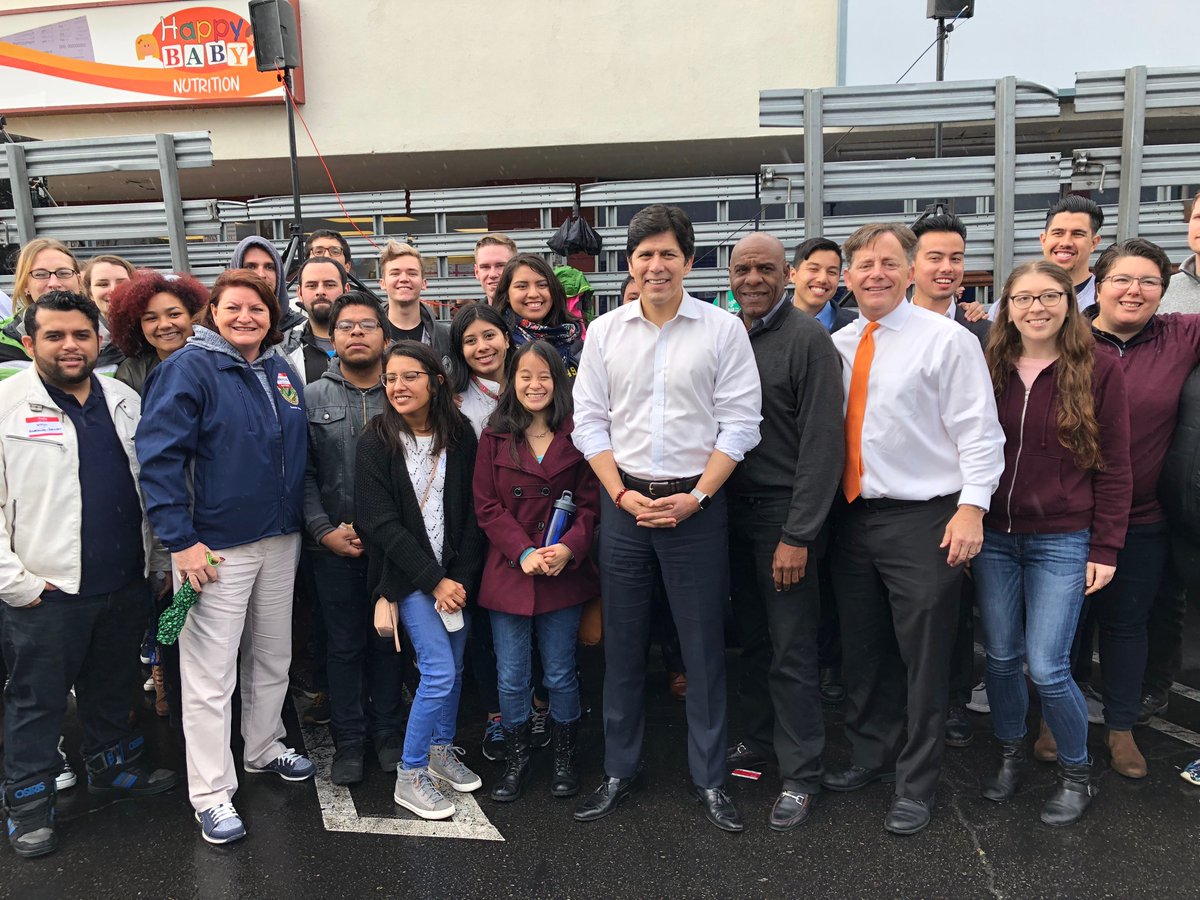 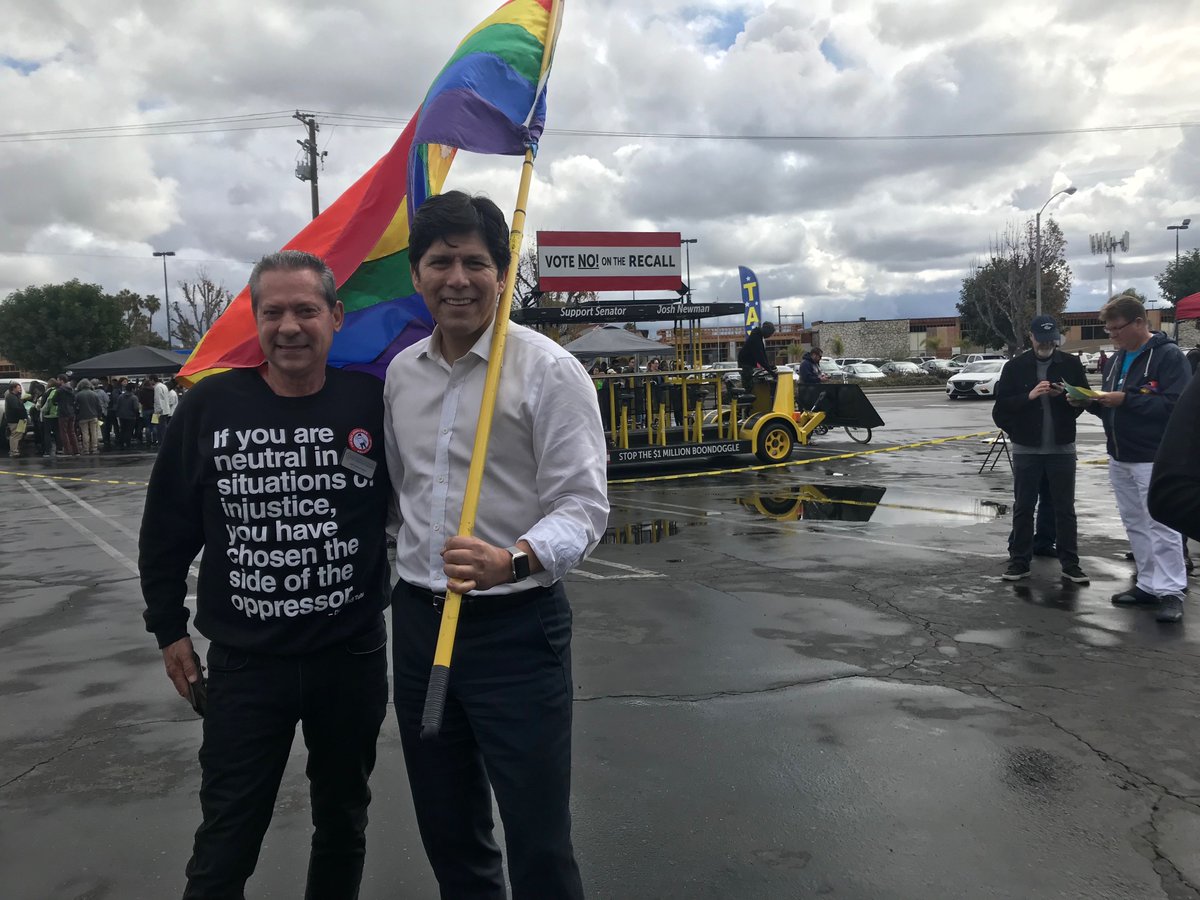 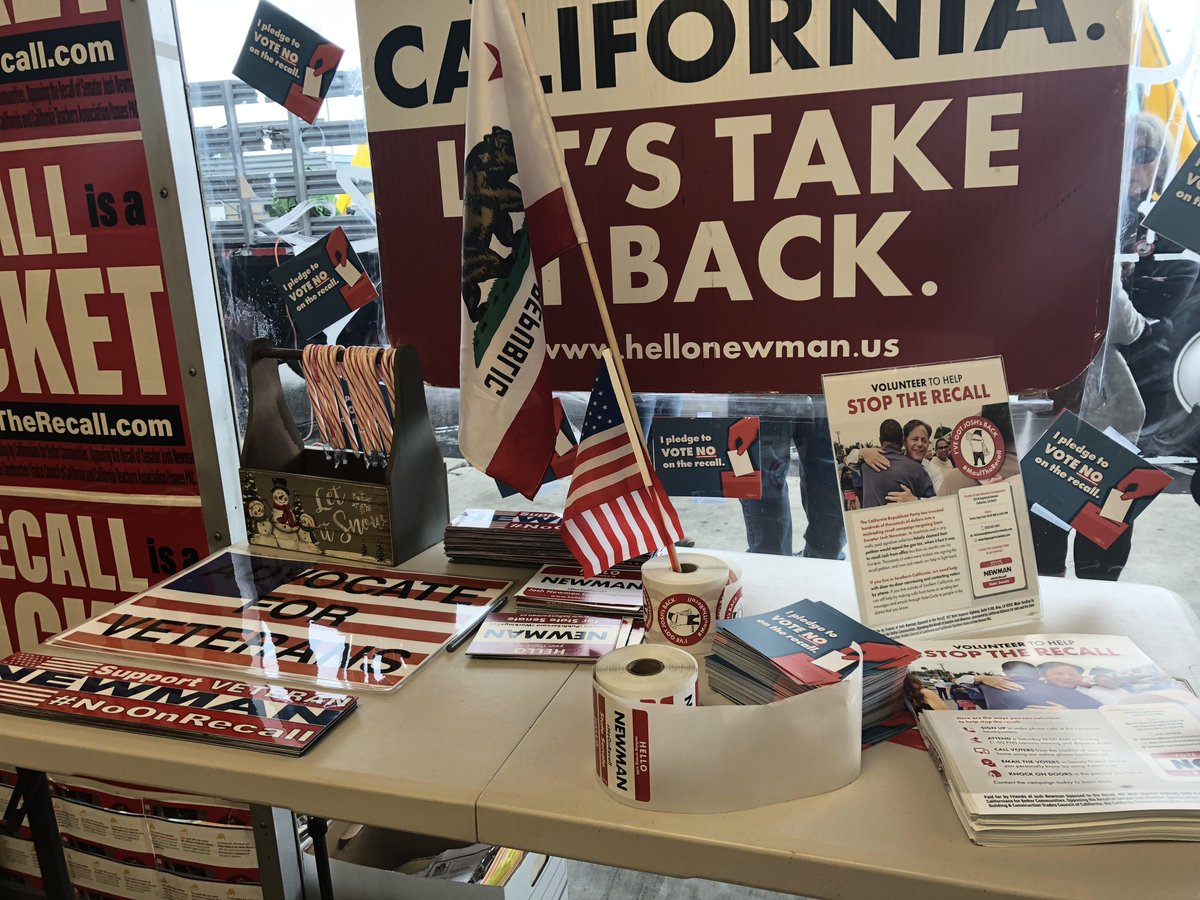 LACountyWDACS‏ @LACountyWDACS Mar 3
We know it's raining out there, but it's about to start raining jobs here at Dodger Stadium! Throw on something warm, come on by and you can leave with a job that will change your life! We are here until 1pm. #DodgerStadiumJobFair #jobs #careers 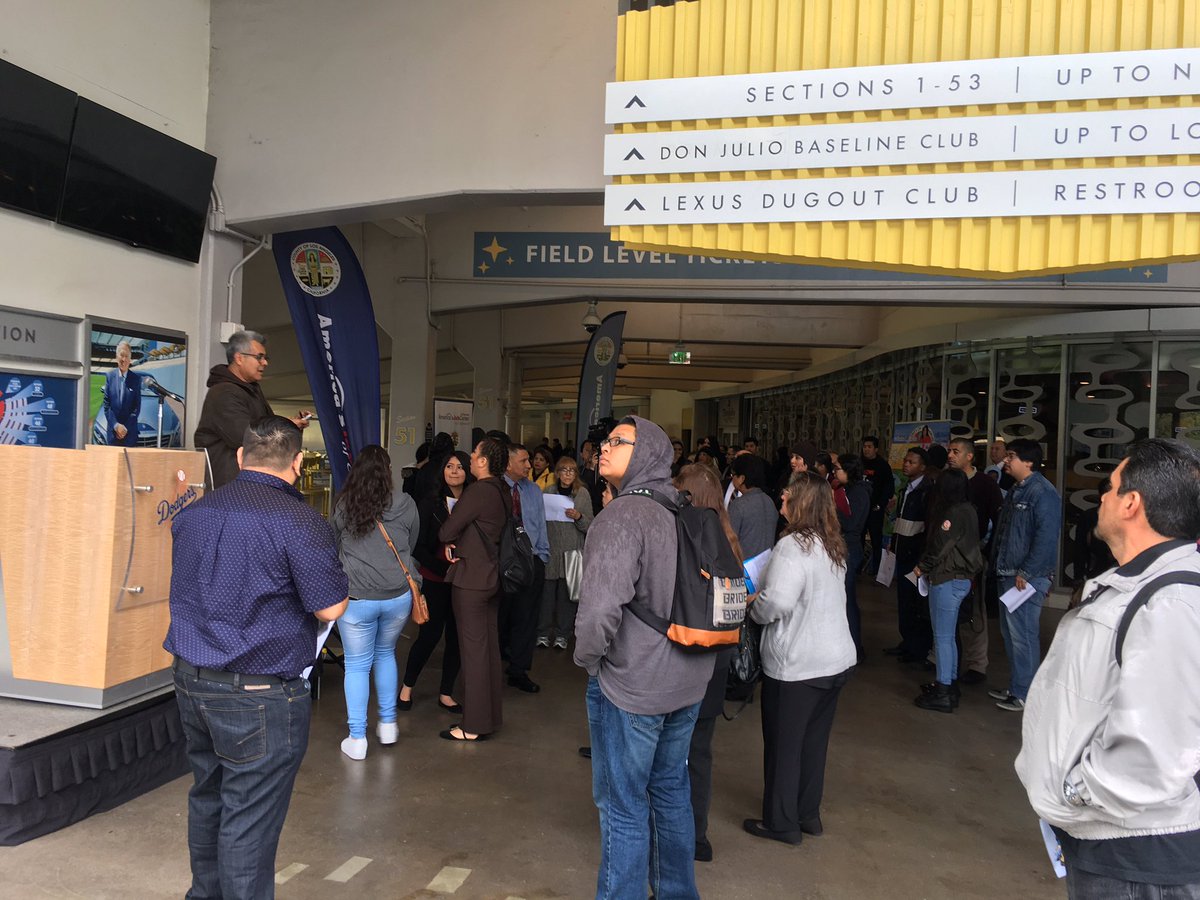 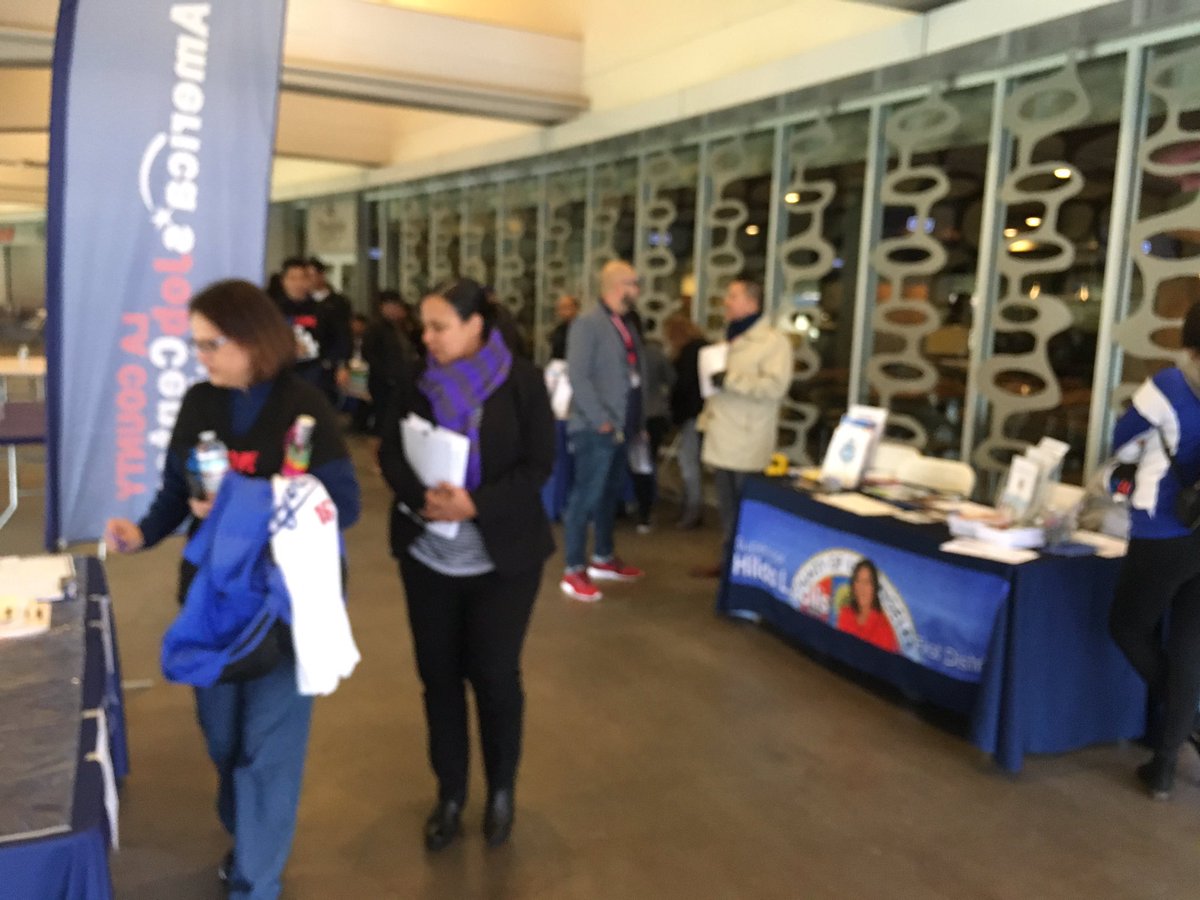 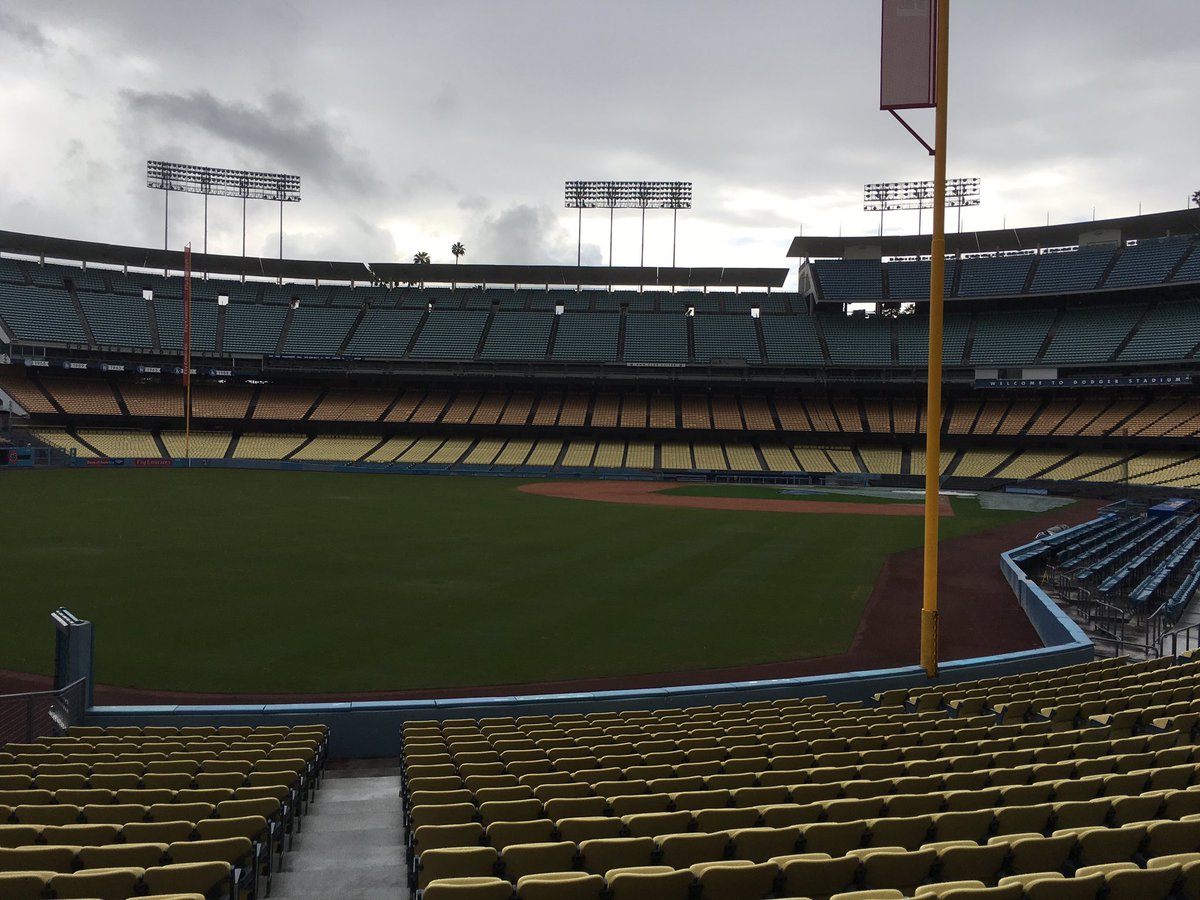 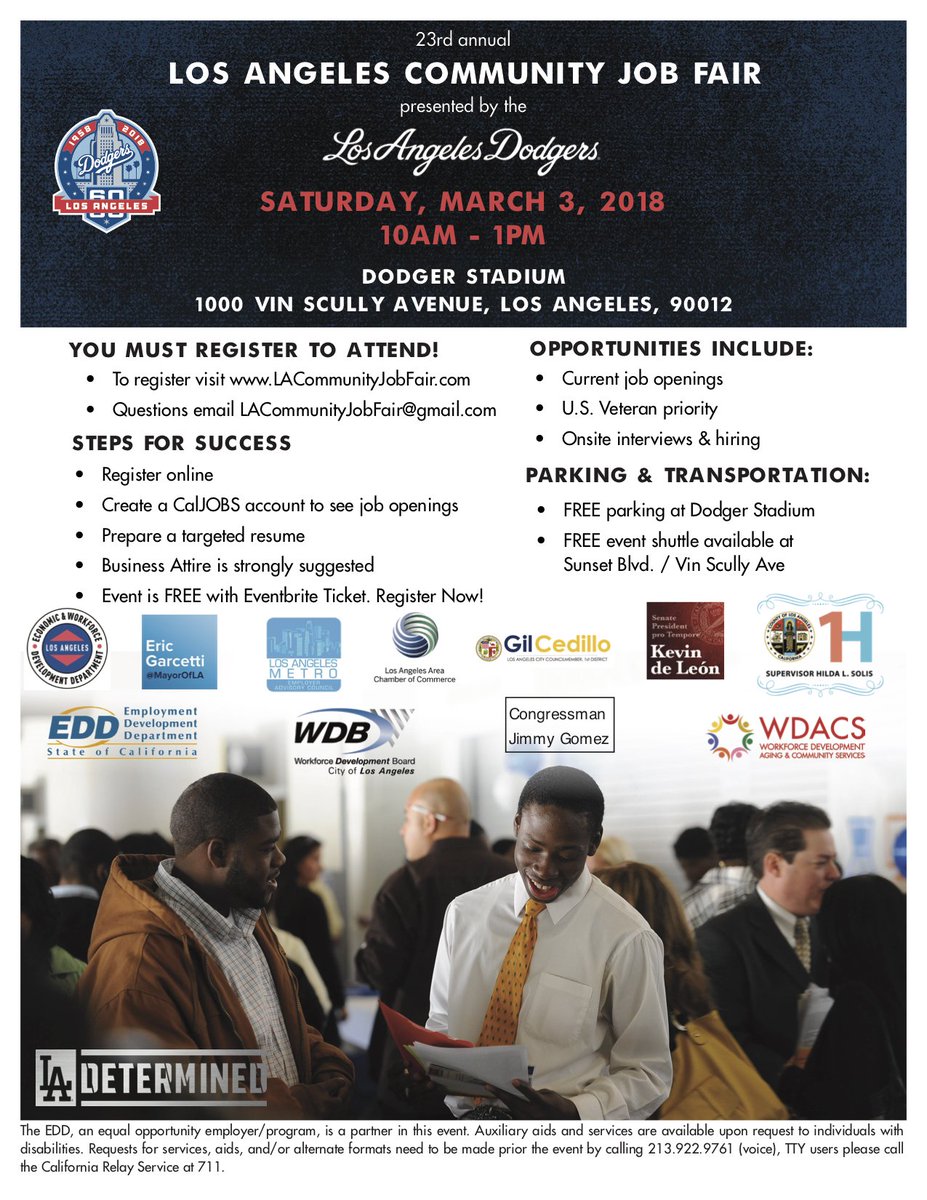 Kevin de Leόn‏Verified account @kdeleon Mar 2
CALIFORNIA #DREAMERS: you may be eligible for college financial aid, even without #DACA. Apply now, because the deadline is today! dream.csac.ca.gov
17 replies25 retweets62 likes

Last month, the Pentagon released an analysis showing that half of all American military installations around the world are vulnerable to the impacts of climate change.
6 replies4 retweets19 likes


The seat Kevin is running for is currently held by Dianne Feinstein.

We'll go slowly one more time since outsiders can't seem to shut the f**k up about our election.  (I do not endorse in races that I can't vote in.  I am not the world buttinsky that Alyssa Milano, for example, is.)

In our state, there will be a primary in June.  The top two vote getters -- regardless of party -- will then advance to the general election in November.

As of this moment, if the primary was held today, it would be Kevin and Dianne.

But idiots from New York -- well, she's from Canada which is even more reason for her to shut up about my state's election -- don't seem to understand that reality and see Kevin 'daring' to run as meaning Dianne could lose to a Republican come November.

That's not going to happen.

Idiots, stay in your own states.  It's not your business how we conduct our elections in the state of California.

At a White House summit on gun violence this past week, Trump urged Republicans and Democrats to include Feinstein’s priorities in any legislation, even suggesting including her long-sought bid to restore a ban on assault weapons. Sitting at his side, she gleefully clasped her hands.
Any cooperation with Trump, even a good-faith effort on immigration or gun control, is anathema to California Democrats, who see themselves as the vanguard of the resistance movement. Last weekend, the California Democratic Party declined to endorse Feinstein’s reelection bid and cast more ballots for state Sen. Kevin de León, who has launched the best-organized primary challenge to her since she won her seat in 1992.
The rebuke was a political blow to Feinstein, with Democrats clamoring for a next-generation senator with a more liberal record. At 84, Feinstein is the oldest U.S. senator, the first time a woman has reached that status, and at times on Capitol Hill she has struggled in fast-paced interactions with reporters, misspeaking or forcing staff to explain what she meant.

Dianne, Californians remember, was also very cozy with Bully Boy Bush.  Her coziness, we remember, led her to support the Iraq War.

Thanks for that, Dianne.  Your hands are soaked in blood forever as a result.

Dianne will turn 85 this June.  Were she to be re-elected, she'd be 91 when her term ended.

So Dianne's going down this election cycle or the next.

Californians -- unlike Canadians living in NYC and boasting of their failed 'art' gallery -- grasp that Dianne is seriously out of touch with the state and its voters.

But California is a left state and he is aligned with our interest.  Dianne is not.

Dianne is not elected by the voters of California to represent the center-right of Reagan Democrats.

She's elected to represent the voters of California and, yes, we are left.

We deserve someone who represents us.

We also deserve someone who knows what's going on in the world and doesn't depend on her staff to correct what she said or wipe up the urine stains in whatever chair she just abandoned (how very Louella Parsons of her).

We need a change.

A War Hawk does not represent us.

At her age, it's time to step aside before she dies in office and we're stuck -- Californians, not Canadians living in NYC -- with the bill for a special election.

85.  I get it, she's hideous.  No one -- not even her family -- wants to spend time with her so she plans to die a senator to avoid the emptiness that would otherwise face her.

But we deserve better and it's time to retire Dianne.

"Well you've heard something that I haven't."

In the words of Diana Ross, "Say it, say it again,"  Michael Ware.

Ware is an Australian journalist who covered Iraq for many outlets -- including CNN.  Sunday morning, Ware appeared on Australia's ABC program SUNDAY EXTRA.

Hugh Riminton: There's Iraq to talk about.  Syria.  Afghanistan.  Let's talk about Iraq.  That's where the good news is.

Hugh Riminton:  What is the good news?

Michael Ware: Well you've heard something that I haven't.  Well I mean, essentially, look -- Iraq has not operated well -- in inverted commas ['well'] in terms of its people.  That's in terms of the delivery of services and basically being able to sleep safe in your house at night.  With the heavy caveat "as long as you weren't a political enemy," Iraq has not been so safe since Saddam.  We destabilized Iraq where it got to the point where there was a running joke in the first 'democratic election' so that if Saddam, who was then a prisoner, had run, he probably would have won.  So we've seen incredible destabilization of that ancient culture there since our invasion and now it's finally finding its footing again and it's obviously doing so as an Iranian-proxy state. But the current prime minister is one of the most savy I think they've had for awhile and so

[Crosstalk, no listener should be subjected to -- the host needs to let the guest make the point, basic rule in broadcast journalism.  His inability to follow that rule goes to 's efforts at propagandizing.]

Michael Ware: Well that's not true. But, in effect, they've denied them most Iraq territory.

Hugh Riminton: Well there have been warnings from the US military commander on the ground or the most senior military guy still in Iraq from the US saying that they still -- that they might have defeated in the battle space IS retaking Mosul and so on but unless this Shia majority figures out some accommodation with Sunnis -- it gives them a place in modern Iraq -- then there will just be another IS, there'll be another al Qaeda in Iraq --

Michael Ware:  Of course there will.

Michael Ware: Of course there will. I mean, it looks good on the surface.  As I say, best since Saddam.  But when you look beneath the surface, it really wasn't pleasant for a lot of people under Saddam.  So, yes, for our listeners, in Islam, it's roughly akin to Catholic and Protestant -- Sunni and Shia.  And right now the Protestants, the Shia, are in control and have been since we invaded.  We gave control to the Shia and, therefore, directly and indirectly to the Iranian.

Hugh Riminton: Well that's the democratic reality, isn't it?  There are more Shia than there are Sunnis?

Michael Ware: It's a majority Shia population so you would expect to have a Shia dominated government but they've been very, very well guided in ways to consolidate power -- within first the office of the prime minister and then within separate security forces and now we have legitimate paramilitary [the militias].  So that's like having legitimate religious outlaw motorcycle clubs that another government backs that you unleash on South Wales from Queensland, for example.  So, yes, all that's deeply entrenched and for now it's holding things together.  But as long as they keep denying their Catholic or Sunni population -- which they do -- then, yes, this will never, ever change.  And quite frankly, it's all our own fault.  Post WWI we created this and we shouldn't be surprised that it's never going to settle down.

Hugh Riminton: Well that was the positive aspect of it, Michael --


Where is the upside, indeed?

Whereas next Sunday on the US' ABC program THIS WEEK, they'll have James Comey -- the man who Hillary Clinton says cost her the election.  They'll have anyone, in fact, as long as they can avoid addressing Iraq.
Shameful.
Sunday on RT's GOING UNDERGROUND, they could address Iraq and did with whistle-blower Katherine Gunn.


But don't expect the US television media to cover Iraq.  Did they ever tell the story of Katherine Gunn?  Whatever will they do when the Keira Knightley movie comes out?  Pretend no one in the world ever discussed Katherine's whistle-blowing?

Maybe they'll just ignore it all over again?


Saeed and Simba, a pair of lions rescued from Syria and Iraq, have been saved from war, and now relocated to a sanctuary in South Africa. abcn.ws/2FbI82F


Yes, we care about animals.

Around the world, we care about animals.

Saeed and Simba are "rescued from Syria and Iraq, have been saved from war."

A real shame there's no rush to rescue the Iraqi people -- but, hey, at least ABC NEWS (US) admits that the Iraq War continues.


Isaiah's THE WORLD TODAY JUST NUTS "Oscars So Full Of It" went up Sunday.  New content at THIRD: