Worst show of the fall?


Who would you vote for?

For me, it would probably come down to THE CONNERS or MURPHY BROWN.

Murphy and company just aren't funny.  I will never forget a first season episode of MB where she had to do the eulogy for a man she always pranked.  And at the end of it, Corky told her something like, "Gee, Murphy, I sure am glad that you'll be dead long before me."

It was hilarious, the whole episode.

But it had characters who were doing more than waiting for the moment when they could say a line.

This go round, it's just talk, talk, talk.  And too often, lecture.

Darlene by herself is both boring and unbelievable as in love with David.  This is such nonsense.  The show never should have come back without Roseanne.  She was the show.

Instead, we've got Sara Gilbert's ugly face.  And what the hell did she do to her nose?  That's a botched nose job if I ever saw one.  It used to be full at the end and now it's this ugly thing.  She clearly had a nose job and did so after she was an adult and after ROSEANNE went off the air in the 90s.  It's part of the reason she looks like such a jerk, that nose.

But the show's dull and boring and Sara doesn't deserve $325,000 an episode.  Talk about being overpaid and then some.

Monday, November 5, 2018.  The latest bad news from Iraq is the dying fish.  That and an Agricultural Minister who doesn't attend an emergency Cabinet meeting.


"The collapse of sanitary facilities in #Basra's schools has put more than 277,000 children in danger. Overcrowded classrooms make the situation even worse with immediate risk of diarrhoea and Cholera outbreaks," says @NRC_Norway's @Tom_Peyre_Costa
0 replies10 retweets9 likes

Even the fish can't seem to survive in Iraq!
Ali Al-Hilli added, 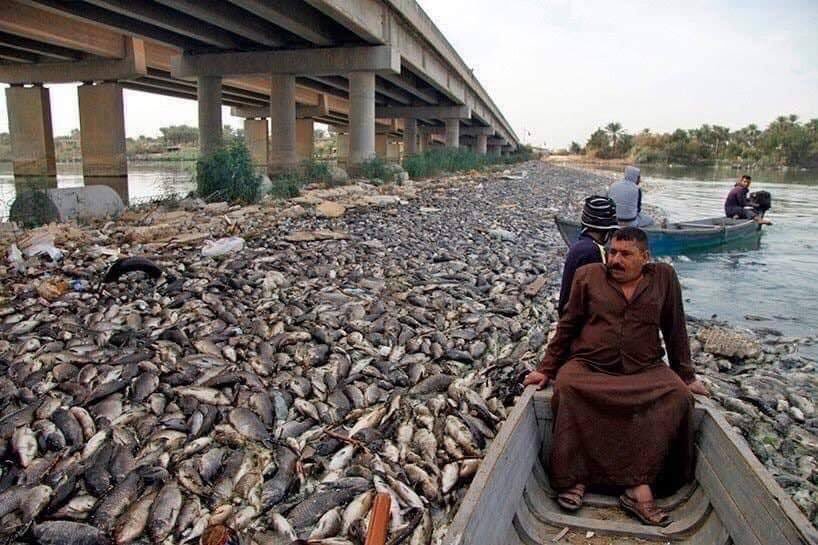 
Broken government agencies, corruption, pesticide use upriver, and massive pollution help contaminate the Tigris (and other) River(s) in Iraq, leading to events such as the large fish kill mentioned in the first post.
0 replies0 retweets0 likes

Thousands of fish die in #Babylon province. WHO is deeply concerned. This could pose as a public health risk to communities. The agency is working with @MOHealth_Iraq, local health authorities, traditional and religious leaders to ensure all potential health risks are minimized. 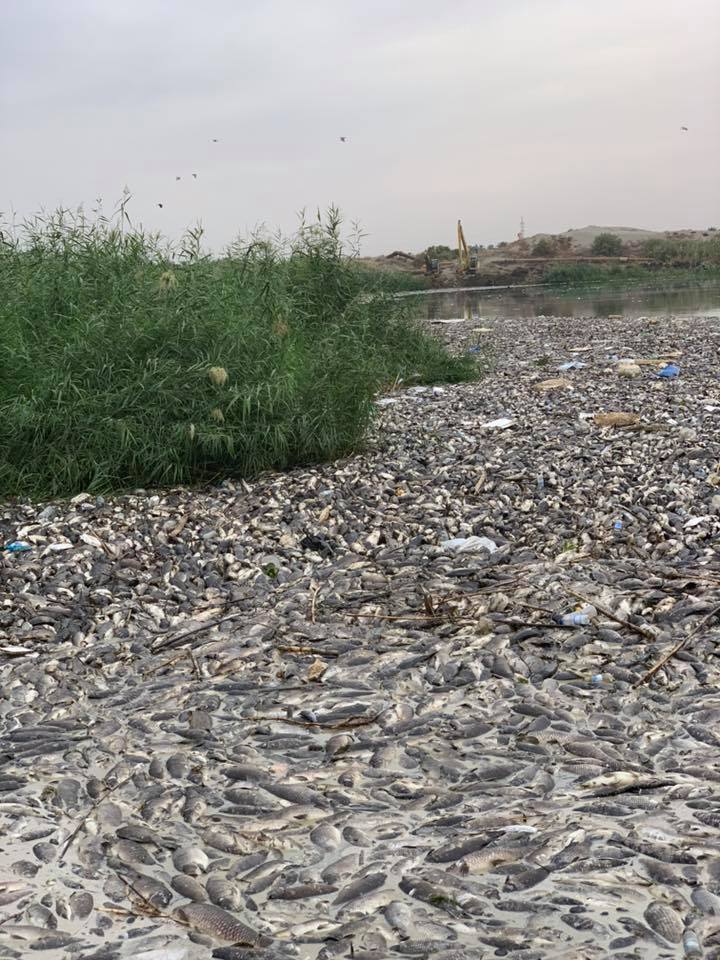 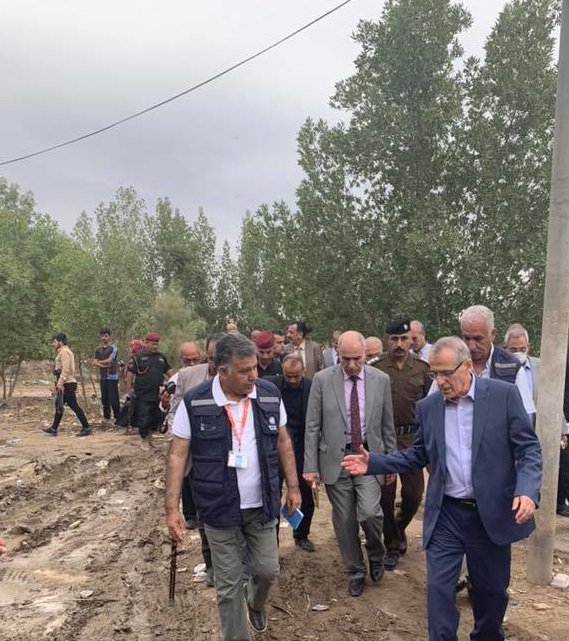 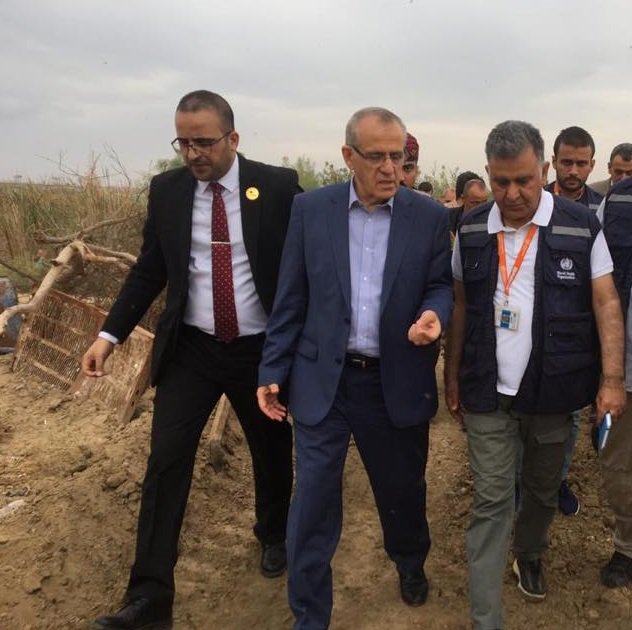 The low levels of water (due to Iraq's neighbors cutting off the rivers) led to the government requiring most farmers to forgo crops this summer and it also led to some of the most grotesque photos of livestock as they too suffered from the lack of water.  Now the fish.  What exactly are the people of Iraq supposed to be eating?

And they can't drink the water in Basra -- unless they want to risk being hospitalized -- as has happened to over 100,000 already.  Ali Jabar (AP) notes, "Health officials said some 100,000 people were taken to hospital for stomach illnesses in the southern Basra province, where sludge and yellow water was recorded flowing out of the taps. Demonstrators rioted, demanding better services."


How big is the problem? 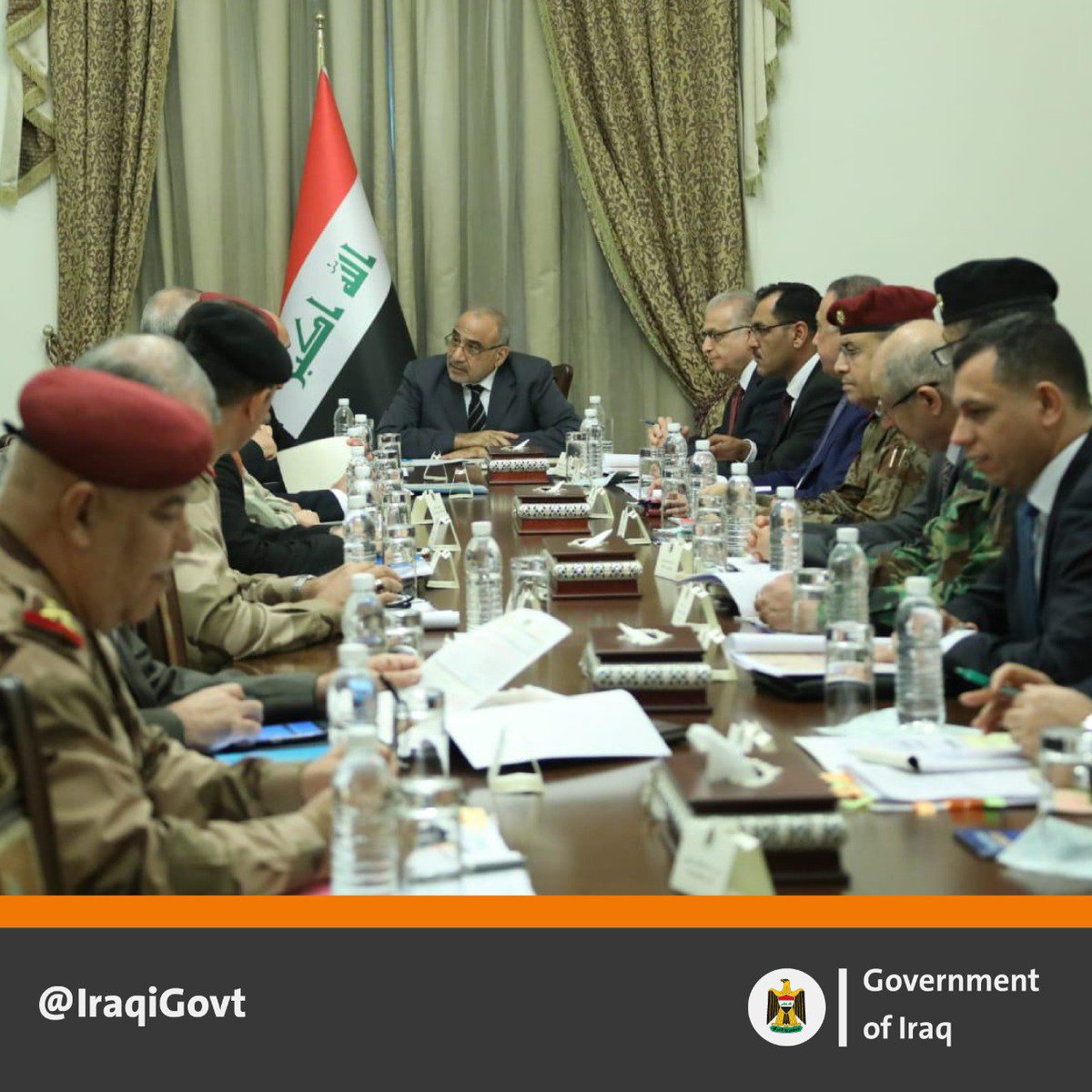 
Yes, that serious.  The do-nothing government of the new prime minister has to hold a cabinet meeting to discuss the situation.

Despite it being that serious, the Iraqi government is denying speculation that there may be some form of poison in the water.  RUDAW reports:

Iraq’s Ministry of Agriculture has ordered experts to take preventative measures to protect the fishing industry while refuting rumours that toxins had caused the mass fish die off.

“No poisonous material was found and this refutes any conspiracy theories as no case of fish death has been reported in the last 48 hours,” the ministry stated Saturday evening.

Thousands of fish died in Babylon province over the weekend. Fish farmers woke up to dead fish covering the surface of the Euphrates River and washing up on the banks.

On Sunday, surveying the partial Cabinet al-Mehdi has put together, Salah Nasrawi (AHRAM ONLINE) wondered, "Has Iraq missed its chance?"  If we're to judge solely by the response (or non-response) of the Minister of Agriculture, then, yes, it has.

Iraqi parliamentarians will vote Tuesday on the eight vacant posts in the cabinet of Prime Minister Adel Abdul Mehdi. If he fails to come up with an acceptable assortment, Abdul Mehdi runs a high risk of early failure. He would have to either step down or continue with a lopsided and incomplete government, one in which he has to personally assume all vacant portfolios himself.
A French-trained economist and former communist, Abdul Mehdi managed to secure approval for 14 out of 22 ministers on October 25, becoming the 49th prime minister of Iraq — until further notice. He got filled politically nonsensitive posts, like agriculture, youth affairs, and labour, and left vacant “sovereignty portfolios”, like interior, defence, and education.

We're in for more rain
I could sure use some sunshine on my apple trees
It seems such a shame
We start out so kind and end so heartlessly
I couldn't take them all on then
With a headful of questions and hypes
So when the hopes got so slim
I just resigned
But I'd still like to see you sometime
I'd sure like to see you
-- "See You Sometime," written by Joni Mitchell, first appears on her FOR THE ROSES.


Upper low will continue to produce some rain from SE #Turkey & #Syria to N #SaudiArabia, #Kuwait and NW #Iran through Monday. Scattered rains will persist in eastern #Iraq and western Iran on Tuesday. 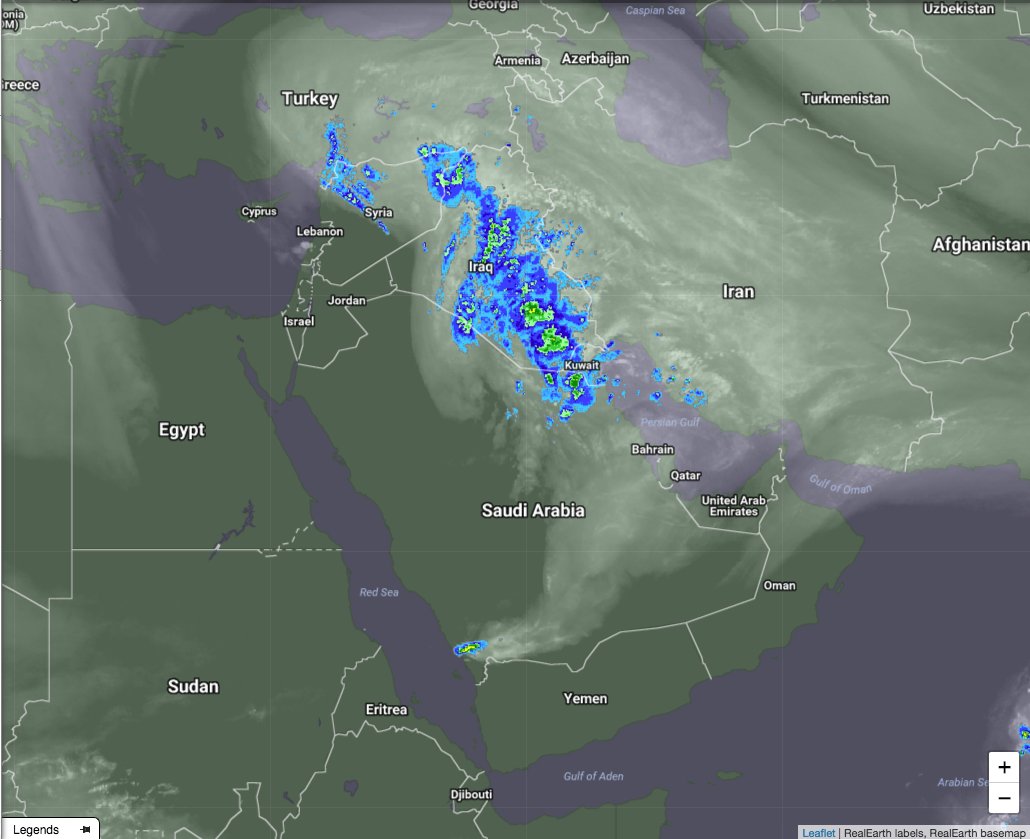 This is what happens when it rain in #Iraq #Iraqi
Berivan Yousify added, 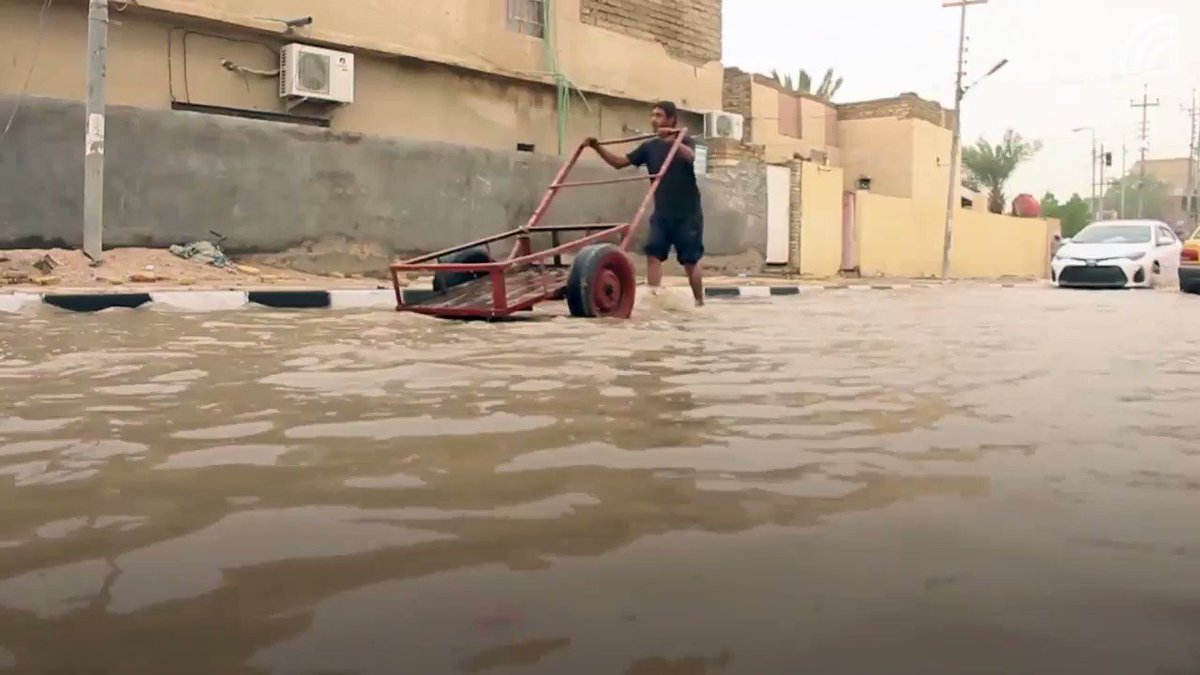 
A number of villages in Rawandoz district in Erbil governorate were swept by the water torrents and it has led to the drowning of 102 houses in Warti area in Rawandoz district that witnessed heavy rain during the last two days and created torrents which caused damages to the houses of the citizens and the public facilities .
“ more than 398 families in Rawandoz district have been forced to leave their houses because of the torrents that swept some of the villages and caused to a material damages without civilian casualties, said Mr. Hawri Ehsan the Head of Irbil branch of the Iraqi Red Crescent Society.

Lastly on Iraq, we'll note this:


Forty women peace activists participating in .@NDI #HerRole program worked together to forge bonds across ethnosectarian divides and geographic boundaries to promote a vision of #peace in #Iraq.  Check out the video:
0 replies1 retweet1 like