The Academy Award nominations are out.  This post, we're going to look at the supporting category.


Who do I think most deserves it?  I've seen all of the performances nominated.  I would say Sam Rockwell, honestly.  He really captured Bully Boy Bush.  But, that said, I don't see the Academy going with it.  So I think it's a toss up between Mahershala Ali and Sam Elliott -- both were wonderful.  Elliott has the fact that he's way up there and this could be his only chance to win a competitive acting Oscar.  Mahershala has the fact that his performance is longer.  He really should have been nominated in the lead category (like Terri Garr always argues Jessica Lange should have been nominated in the lead for TOOTSIE).  He delivers a really strong performance and his winning wouldn't be a blemish on the Academy -- the way far too many of their awards lately have been.

Who do I think most deserves it?  Regina King. Again, I've seen all the performances.  Regina is excellent.  She deserves it and there's no one in the category who comes close.  I've noted many, many times here how much I love Emma Stone.  And I do.  But this is Regina's award.  She really delivers in a way that no one else does.  Least deserving of the award?  I'd go with Rachel Weisz.  I was not impressed at all.

Tuesday, January 22, 2019.  Let's really honor MLK by remembering what he fought for and by telling the truth.


In "The real MLK," Kat noted the realities of MLK as opposed to the p.r. attempts which rob him of his power and agency.  Yesterday was the day when the country supposedly honors Dr. Martin Luther King Jr.  But it doesn't really, does it?  It lies about what he stood for.  It lies about why he was killed.  It pretends that some lone crazy killed him.  The FBI actively worked to destroy him, tried to force him to suicide, but when he dies, please note, there's no government connection -- no, none at all, none at all.

I was a friend of Coretta Scott King and I don't buy the nonsense that the US media pushes.  In part, I don't buy it because I remember what happened when Coretta died January 30, 2006.  Do you remember?

We called that crap out.  We were alone in doing so. Supposedly Bob Herbert was some social justice warrior.  He was nothing of the sort.  He was a semi-left columnist for THE NEW YORK TIMES who colored in the lines required.

Coretta's death, to THE NEW YORK TIMES, was no big thing.  Gail Collins saw that her friend, the so-so playwright Wendy Wasserstein, was remembered.  Fat White girls stick together, I guess.  The same week, NYT ran a major front page story on Wendy and ran a major column on her and an editorial.

For weeks after, we complained that Coretta got no editorial, got no column.

Grasp that, if you think your NYT or other crap media gives a damn, grasp that.

And after weeks of complaining here and complaining to friends at the paper, Coretta got a paragraph in a Bob Herbert column.

The whole world was supposed to have been touched by Wendy Wasserstein and her really bad plays -- she was a really bad playwright.  But Coretta Scott King?  To NYT, she was nothing.

And that's honestly how they felt about her husband when he was alive.


"Dr. King struggled and what he struggled for continues," Larry Hamm noted during a discussion with Nellie Bailey and Glen Ford on this week's BLACK AGENDA REPORT.

Hamm rightly notes that "What mainstream America, corporate America, focus on is that of Civil Rights, the struggle for Civil Rights.  But Dr. King was also fighting for systemic change."  That's reality.  Hamm noted MLK wrote, We need a radical redistribution of power and wealth in our society, that's a quote."

How many of the useless celebrities who use Twitter to make themselves look like that have a caring soul will note, to honor MLK, the vast poverty in the world?  Nick Beams (WSWS) reports on Oxfam International's latest findings:


As members of the world’s financial elite gather today in Davos, Switzerland, for the opening of the annual meeting of the World Economic Forum, a new report by the UK-based charity Oxfam International has highlighted the vast accumulation of wealth at the heights of society, and the accelerating growth of social inequality.
The report showed that last year, the wealth of the world’s billionaires increased by $900 billion, or 12 percent, while 3.8 billion people—half the world’s population—saw their wealth decline by 11 percent.
Last year, the billionaires increased their wealth by $2.5 billion every day, while a millionaire moved into their ranks every two days.
In the decade since the global financial crisis erupted in 2008, governments and financial authorities have imposed its full impact on the backs of the world working class, in the form of stagnant and lower wages and austerity programs that have gutted health and other social services, to name just some of its effects. Meanwhile, wealth has become ever more concentrated. Last year, just 26 people controlled as much wealth as the 3.8 billion people who comprise half the world’s population, compared to 43 people the year before.
Oxfam noted that just 1 percent of the $112 billion fortune accumulated by Amazon owner Jeff Bezos, the world’s richest man, was equivalent to the entire health budget for Ethiopia, a nation of 105 million people.

The Oxfam report found that the top tax rate for the rich in the developed countries plunged from 62 percent in 1970 to 38 percent by 2013, and pointed to the tax cut introduced by US president Trump at the end of 2017, benefiting the wealthy and corporations.

Will Alyssa Milano note that?  Will 'caring' Alyssa note that?  As Ann points out in "Hey, Ruth Graham, maybe not be such a f**king bitch?," Alyssa Social Justice Celebrity was a producer of CHARMED but that didn't result in people of color getting roles on the show.  Week after week, episode after episode, including supporting characters and included guests for the week, but we never saw Alyssa use that to add actors of color.  In fact, it was the original producer (forced out and Alyssa didn't support her) who created the only two significant roles for actors of color that the show ever had.

But those beliefs are about real social justice.  They're not attacking some 16 or 17-year-old boy for a look on his face.  It's always to attack a person -- especially a child.  To call into question a government?  Few ever do that.


Last week a lawmaker demanded Prime Minister Adel Abdel Mahdi provide a written explanation for the ongoing US military presence in Iraq and a timeframe for their stay.
MPs are also drafting a law that would set a deadline for a US withdrawal, according to Mahmud al-Rubaie of the Sadiqun bloc, one of the political groups working on the text.
"We categorically reject the presence of foreign troops in Iraq," Rubaie told AFP.


The ongoing war hits the 16 year mark in March.  16 years of war and occupation.  When does it end?

I'm sorry, I'm asking when does the US war end.  I'm not asking when does US interest in the war end because we all know when that was -- at the end of 2008.  That's when, despite boots on the ground, the networks shuttered their offices in Iraq.  It's when ABC had the 'cost-cutting' notion that they would continue to cover Iraq by  . . . re-running BBC reports.  That didn't last long because there wasn't much interest on the part of the press in war.

Like Alyssa Milano, they can work themselves into a rage over the actions -- or possibly the supposed actions -- of a child but they can't hold a government accountable.

Sorry, Alyssa, Debra and all the other worthless ones, hatred for Donald Trump does not qualify as holding a government accountable -- especially when it's over issues like immigration that you looked the other way on for eight years while Barack Obama set records for deporting immigrants.

The ongoing war his the 16 year mark in March.  And the Alyssas want you to believe that's not a big deal and that it's suddenly normal.  It's not normal at all.  It's outrageous.


So much isn't normal.  Read this garbage from HURRIYET:

At least six PKK militants were “neutralized” on Jan. 20 in northern Iraq, the Turkish Defense Ministry has announced.
Turkish authorities often use the word “neutralized” in their statements to imply that the militants in question either surrendered or were killed or captured.

Airstrikes carried out in the Zap, Sinat-Haftanin and Hakurk regions neutralized militants plotting attacks on Turkish bases, the ministry said on Twitter on Jan. 21.

They used airstrikes, they used war planes.  No one "surrendered."  No one was even "captured."  They were killed.

And just because the Turkish government says the people killed were PKK does not make it so.  They have killed farmers, villagers, children and they have done so repeatedly.  They've done so as the world press and various so-called human rights organizations -- Human Rights Watch, Amnesty International -- have remained silent.

Great News!
Since no Jews can live in Iraq anymore they will never see artifacts of their own community!

These items do not belong to any Iraqi government.  They never did.  Thieves are being rewarded.  The people who were the victims, they are victimized all over yet again.


Great News!
U.S to Return Jewish Artifacts to Iraq, Despite Protests
The trove includes books, religious texts, photographs and personal documents looted during Saddam Hussein's regime, and then found by U.S. troops in 2003 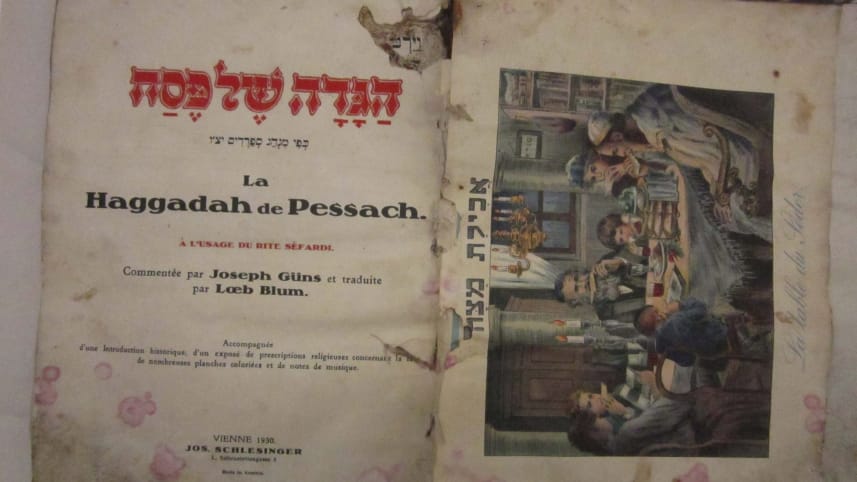 Now the stolen items are thought to have some historical value so the new Iraqi government is insisting they own the items.  How do you own "stolen" items?  And if this ownership is going to be allowed to exist, I will no longer advocate for museums to return stolen property.  If it no longer matters if the original property was stolen (I'd say it damn well matters), then let's just forget the whole thing.