NETFLIX has a good stand up special by Nate Bargatze.

Nate Bargatze
Verified account
@natebargatze ‏
Check out my Netflix special, THE TENNESSEE KID - out on 3/26!
It had me laughing from the start.  Including when he's in Florida, he's done playing golf, he goes to the trunk to get a new shirt to put on, he's standing there with his shirt off about to put on a new one when this elderly man walks up and says, "Olivia?"  That's the man's elderly wife.  Nate says he doesn't know who was disrespected more -- him or Olivia?

It's really funny.  Including when he explains that he flies Delta and they have his name wrong in the system.

But the funniest may be when he talks about his relative Tuesday's wedding.

James Hayes‏ @jamesfhayes Apr 9
The new Netflix special from Nate Bargatze is hysterical--proving that truly talented comedians can do a family-friendly, clean show and be funny at the same time.
0 replies0 retweets8 likes

That is true.  And he has a funny bit on the family dog Annie.

Tuesday, April 16, 2019.  Neera Tanden thinks she can bully Bernie Sanders out of the race when, in fact, it's Neera that needs to be shown a forced vacation.

BACKSTORY: In 2008, @NeeraTanden set up what she thought would be an easy interview for @HillaryClinton with @Faiz Shakir, then editor of @ThinkProgress. But Faiz asked about the Iraq War. Later, Neera punched him & asked “Who the f— do you think you are?”
127 replies523 retweets1,206 likes

Neera Tanden is a deceitful liar who works overtime to trick the American people.  For example, Hillary Clinton's e-mails (and servers) were a real story in her last run.  Neera and her assholes (include Alyssa Milano, failed actress, on that list) think they're cute going "but her e-mails."  They're nothing cute about them (and Alyssa's lop-sided breasts speak to a very cheap woman unable to afford good plastic surgery).  Neera plays dumb for public consumption but, as her e-mails demonstrated, she was freaking out over the e-mails and over Hillary's poor response to it (which included an ever-changing story).  I don't have a lot of respect for people who are paid to share their opinions and turn out to be liars about what they think.  (That includes Katha Pollitt who slammed Sarah Palin which would be fine if that list-serve didn't exist showing that she actually throught Sarah gave a good speech and was expressing how scared of Palin she was.)

If you're paid to express your opinion, the American people have every right to assume that the opinion you are expressing is your own.  Neera's a cheap hustler and proof that someone born trash never really makes it beyond that status?  Possibly.  When not physically attacking Shakir, Neera uses her time to cover up for workplace assault.  As Sarah Mimms (BUZZFEED) reported last year:.

Two days after BuzzFeed News unveiled allegations of sexual harassment and retaliation at one of the nation’s top liberal think tanks, the Center for American Progress's president, Neera Tanden, met with staff to restore confidence in the organization’s ability to handle the issue and ensure that employees feel safe.
But during the meeting Wednesday afternoon, Tanden named the anonymous victim at the center that story — a revelation that a CAP spokesperson said was unintentional — and what began as a tense meeting became what three staffers in the room described as a textbook example of the organization’s failures to appropriately handle sexual harassment cases.


Neera's exposing the victim should have led to her immediate resignation.  But Neera doesn't live in a functioning world.  She lives in a world where everyone knows her public utterances are lies, a world where she can physically assault someone (Shakir should have filed charges) and a world where she further attacks women preyed on in the work place.  She's a predator.


Ms. Tanden now leads the Center for American Progress, Mr. Shakir runs Bernie Sanders’s presidential campaign and the enmity between the two camps burst into the open last weekend. Mr. Sanders, angry about a video produced by ThinkProgress that ridicules his new status as one of the millionaires he has vilified on the campaign trail, sent a scorching letter to the center’s board, accusing Ms. Tanden of “maligning my staff and supporters and belittling progressive ideas.”
The blowup is another reflection of the ideological divisions among Democrats, this time between a legacy Clinton organization and a liberal wing trying to move the party to the left to harness the energy of millennials. Mr. Sanders’s team remains convinced that the Democratic establishment worked behind the scenes to deprive him of the party’s nomination in 2016; his campaign has cast the group as beholden to corporate interests set on thwarting him in 2020.

Can we get a video of little Neera on food stamps?  Begging for crumbs?  And hold that against her today because lying has made Neera very wealthy.

More to the point, can someone show Neera the door?  Supposedly, Democrats aren't supposed to be attacking candidates.  But Neera's letting her petty grudges infect the campaign for the Democrats to retake the White House.  Someone long ago should have explained to Neera a few basics -- such as, you're ugly, you smell and troll dolls really don't make for good public figures.  She really needs to be shown the door.  Assaulting Shakir should have been the final step in 2008.  Instead, she's been allowed to infect the party for over a decade since.

Bernie Sanders is doing just fine despite the attacks Neera's launching in her desperate bid to be petty and vengeful.

As noted in "Bernie sets a new standard (Ava and C.I.)," Bernie did a town hall on FOX NEWS last night.  The enthusiasm shown on television was echoed by students on the campus we watched the broadcast with.  He addressed multiple issues including Medicare for All.   Stream the videos below if you missed the town hall.

Stream and grasp that he made appeals on issues, not a cute little self-narrative -- the way this week or last week's press darlings tend to do.  Bernie spoke of real issues and note the response to that.

The latest polling shows Bernie in the lead.  That's meaningless (he said as much himself in the town hall).  It's 2019 and the election will be in November 2020.  Most people aren't following the race yet and a lot of names need to be vetted still.  But, at this point, Bernie is the front runner.

From the article in THE TIMES:

Still, Ms. Tanden’s mother, Maya Tanden, says that her daughter “can be very aggressive.”
“She’s not going to let anyone rule over her,” she said, “and she has loyalty to Hillary because Hillary is the one who made her.”
“Those Bernie brothers are attacking her all the time, but she lets them have it, too,” Maya Tanden said. “She says Sanders got a pass” in 2016, “but he’s not getting a pass this time.”


Neera should be shown the door for her mother's comment, "She says Sanders got a pass but he's not getting a pass this time."  That statement makes clear that Neera is working to destroy Bernie's candidacy.  Neera needs to be shown the door.  The American people deserve a debate on real issues, not some petty grudge f**k from an ugly troll whose compromised herself repeatedly by the donations she's taken (included from the UAE).

Kenneth P. VogelVerified account @kenvogel
BACKSTORY: In 2008, @NeeraTanden set up what she thought would be an easy interview for @HillaryClinton with @Faiz Shakir, then editor of @ThinkProgress. But Faiz asked about the Iraq War.…
Show this thread
50 replies245 retweets948 likes


In Iraq, the flooding continues to be an issue.

Iraqi Red Crescent: Increasing the number of affected families due to the #torrents to more than 4700 families. buff.ly/2Goo6B0 #floods #iraq 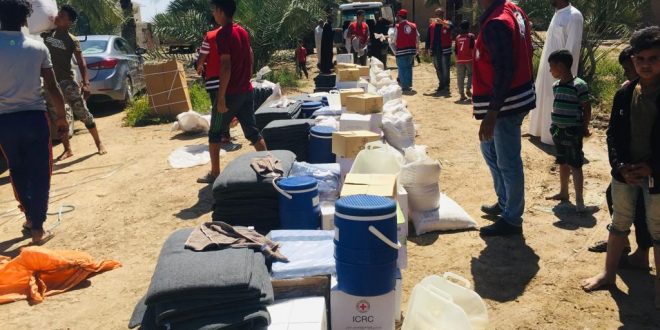 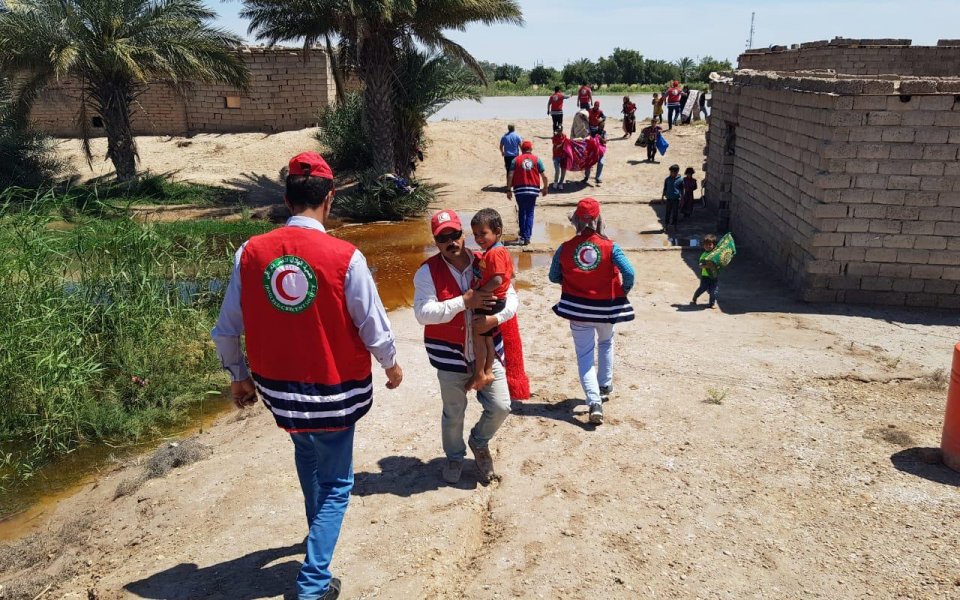 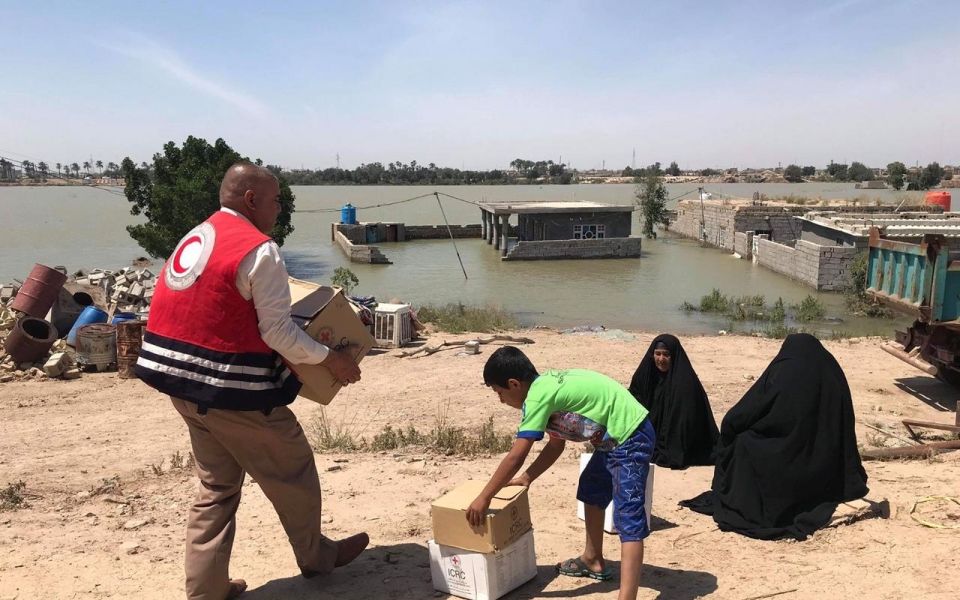 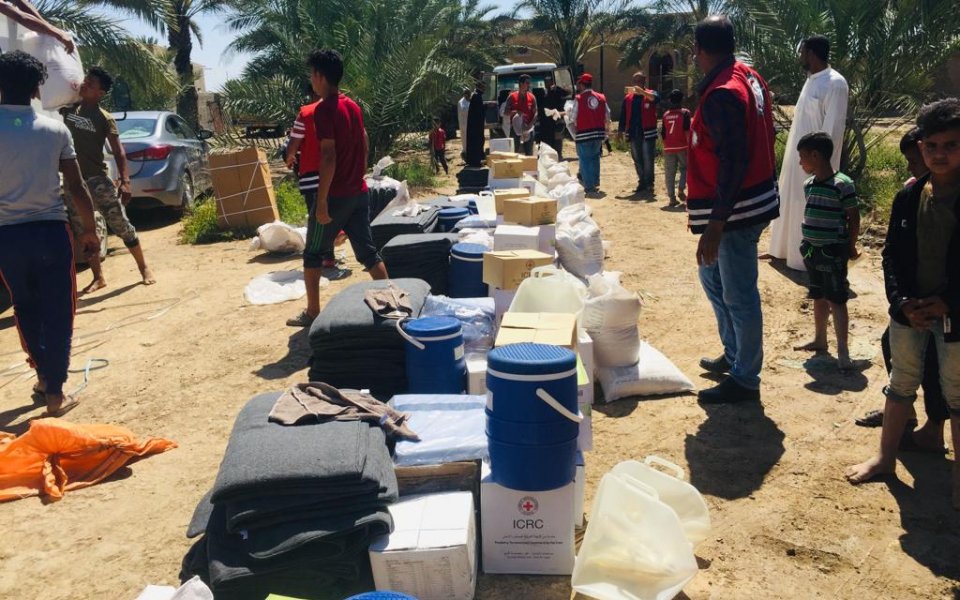 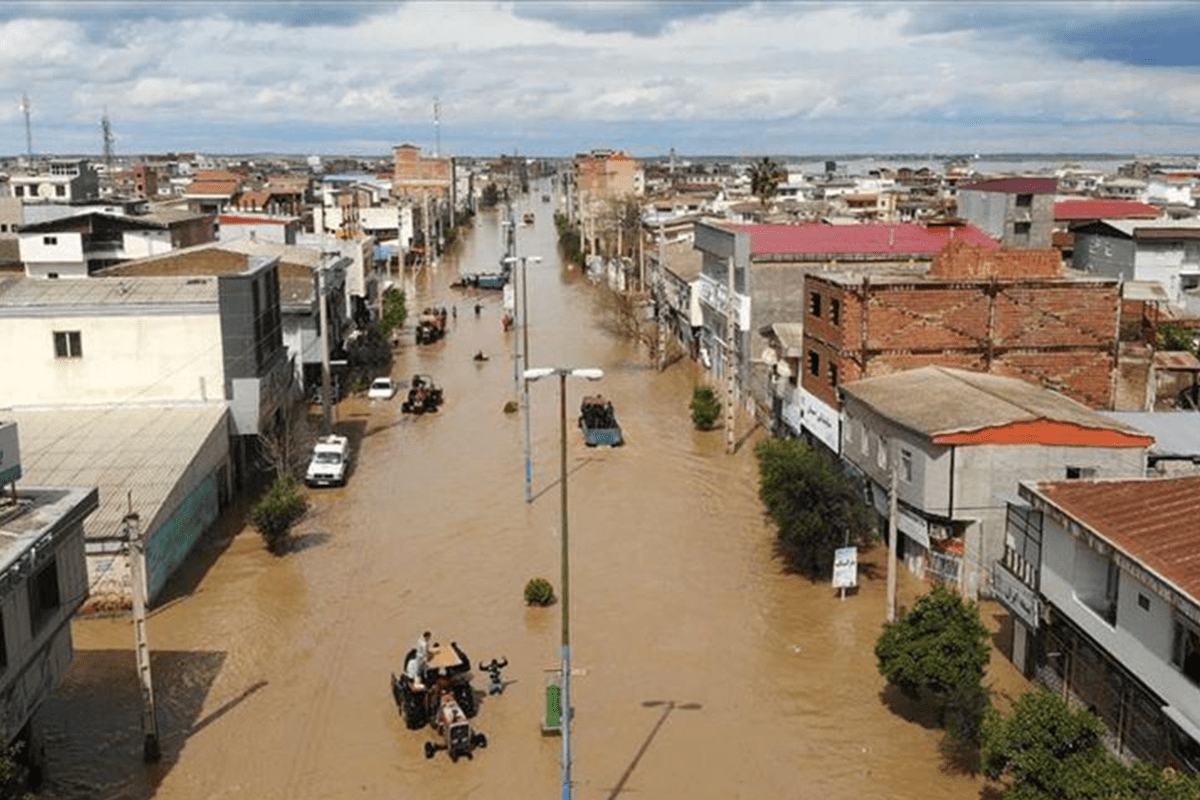 The Iraqi government's response has been slow and minimal.  And this water was anticipated.  We were noting it here when it was expected to be a problem but wasn't yet one.  Where was the Iraqi government response?  We saw none.  We saw, for example, one private citizen wrapping exposed wires to prevent electrocution but we didn't see the government do anything to address that problem.

The flooding in Iraq is not a new development.  And, in some areas, the flooding is the result of the refusal to repair the public infrastructure.  Sadr City, for example, floods mainly due to the the public system which does not anticipate the rains and therefore results in standing water -- some knee deep, some chest deep.

The Iraqi government should have addressed these issues long ago.

A senior Chinese delegation visiting Iraq recently expressed their country’s readiness to contribute to the rebuilding of areas destroyed during the war with the Islamic State.
China is one of Iraq’s largest trade partners, from which it imports many products including electronics and construction material. Early this week, a senior delegation from the ruling Communist Party of China (CPC) arrived in Baghdad and met with a number of Iraqi officials.

A statement by the Iraqi Foreign Ministry affirmed the Chinese delegation met with the Undersecretary of Legal Affairs and Multilateral Relations, Hazem al-Yusufi.


Forget the loans the Iraqi government has taken out (loans they should not have taken out, as Grand Ayatollah Ali al-Sistani pointed out in real time), they get donations all the time.  And where does the money go?  Over and over, it does not go to the people or to improving their lives.  Iraq has allowed corruption to drain away billions in public funds.

Let's wind down with this from the Center for Constitutional Rights:

April 11, 2019, New York – Today, the Center for Constitutional Rights issued the following statement concerning the arrest in London of journalist and WikiLeaks media publisher Julian Assange for purposes of extradition to the United States:


Mr. Assange’s arrest and possible extradition to face charges related to an alleged conspiracy with Chelsea Manning to publish documents that exposed corruption and criminality by numerous private businesses, tyrants, and countries worldwide is ultimately an attack on press freedom.
The arrest sets a dangerous precedent that could extend to other media organizations such as The New York Times, particularly under a vindictive and reckless administration that regularly attacks journalistic enterprises that, just like WikiLeaks, publish leaked materials that expose government corruption and wrongdoing. This is a worrying step on the slippery slope to punishing any journalist the Trump administration chooses to deride as “fake news.”
It comes in the backdrop of even further cruelty toward and imprisonment of Chelsea Manning, who continues to defend the integrity of her heroic decision to act as a whistleblower and expose U.S. government atrocities it committed in Iraq.
The United States should finally seek to come to terms with the war crimes in Iraq that it has committed rather than attack and imprison those who sought to expose the truth of it.

The Center for Constitutional Rights, with its former President Emeritus, the late Michael Ratner, has represented Mr. Assange and WikiLeaks in connection with possible extradition and criminal prosecution for alleged Espionage Act violations arising from the publication of U.S. diplomatic cables.

The Center for Constitutional Rights works with communities under threat to fight for justice and liberation through litigation, advocacy, and strategic communications. Since 1966, The Center for Constitutional Rights has taken on oppressive systems of power, including structural racism, gender oppression, economic inequity, and governmental overreach. Learn more at ccrjustice.org.