She may be nominated for an Oscar.  If so, it wouldn't just underscore what a great actress she is, it would also remind us all that she gave an excellent performance on her NBC show for three seasons and never once got nominated.


Starting in the US where the race for the Democratic Party's presidential nomination continues and all eyes are on Joe Biden as we wait for the implosion of his latest campaign.


“It’s like the corpse is already rotting.” Dang that is brutal.
71 replies182 retweets855 likes

Krystal's linking to David Siders and Elana Schneider's POLITICO article about how "many people expect his campaign to implode any day."  From the article:

“There’s a clear worry among Biden supporters that he can’t be the front-runner from June of 2019 through July of 2020 … that eventually, the gaffes will pile up and he’ll come down,” said Ed Rendell, a former Pennsylvania governor and one of Biden’s most vocal supporters.
Many of Biden’s supporters, said Rendell, a former chairman of the Democratic National Committee, are “nervous as hell.”


Last week, Joe Biden lied on NPR.  As we noted at THIRD:

Asher Stockler (NEWSWEEK) countered, "Although during the time preceding and following the 2002 Authorization for Use of Military Force Against Iraq, Biden, in fact, did not oppose the broader war effort.  In many instances, he openly supported it."  Paul Blest (SPLINTER) covered the lie as well and offered, "Here’s a fun game to play at home with your friends and loved ones: Is Joe Biden lying, senile, or both?"  Eoin Higgins (SALON) went with, "As Khalid pointed out in her report from the interview, that's not backed up by the historical record."  Nathan McDermott and Andrew Kaczynski (CNN) observed, "In recent speeches and interviews defending his past foreign policy decisions, former Vice President Joe Biden has misrepresented his past position on the Iraq War."


The lie was so embarrassing that Joe's campaign has offered a new lie.  He "misspoke."

Joe Biden told us on the @nprpolitics that he oppposed the Iraq War “Immediately, the moment it started.”

She's linking to Glenn Kesller's nonsense that we covered yesterday.  For those who missed it, Asma is the reporter who interviewed Joe last Tuesday.  Glenn waited until yesterday to 'fact check' Joe's claim that he had immediately opposed the Iraq War.  He 'fact checked' it by including a statement from his friend Anthony Blinken -- no mention was made of the off-the-page relationship, long relationship, Glenn has had with Tony.  Tony insists that Joe mispoke.  Glenn lies for his friend.


This?  This is misspeaking.


Another beauty from Joe Biden. #GaffeMan
/>


Joe is yet again confusing any living European female politician with the long dead Margaret Thatcher.  He does that over and over.  Getting the name wrong is misspeaking -- possible sign of senility as well.

Saying that you opposed the Iraq War "immediately, the moment that it started" when you did not?  That's not, "Oops I confused two people."  That's "Oops, I lied."  And he did lie.

And it sure is nice to know that disclosure of relationships is no longer required at Jeff Bezos' WASHINGTON POST.  It will allow for many more favors to be called in and many more truths to be kept out of the paper.


Meanwhile Joe continues to fail in his attempts to connect with young voters.  At THE MICHIGAN DAILY, student Sam Fogel offers his take on Joe:

Former Vice President Joe Biden is unfit to be the Democratic nominee, let alone president. He is a geriatric relic of a bygone era, a candidate that represents stagnancy in an age of political revolutions and upsets. Out of the many candidates on the Democratic stage, he is the second oldest only behind Sen. Bernie Sanders, Vt., and only by a single year. The ripe age of 76. Not even former President Barack Obama seemed to be keen on Biden running, reportedly telling his VP, “You don’t have to do this, Joe, you really don’t.” His opinions are antiquated, conflating the poor with Black people and the privileged with white people. He represents an old guard of Democrats, even older than the neoliberal Clinton-era troupe. My blathering about this particular baby boomer isn’t going to change minds, but maybe a look through his history will.
Biden started his career in the ʼ70s dealing with the long-contentious issue of forced integration in student busing, in which he backed the wrong side and adamantly stood against the Department of Education’s efforts to integrate segregated school districts. Fellow 2020 candidate Sen. Kamala Harris, D-Calif. (who has had plenty of problematic positions dealing with racial inequality in the past herself), criticized Biden about this in the first presidential debate on June 27. Of course, he tried to defend himself with convoluted excuses, but the issue still stands. When it came to the fight for civil rights, Biden couldn’t sacrifice his constituents in Delaware to fight for what was right. In a 1975 interview with the People Paper, he said “I don’t feel responsible for the sins of my father and grandfather. I feel responsible for what the situation is today, for the sins of my own generation. And I’ll be damned if I feel responsible to pay for what happened 300 years ago,” seemingly ignorant of the concept of generational wealth.

People seem to forget Biden was an architect of the war on drugs. His voting record concerning minimum sentencing and bills relating to drug related crimes has been horrendous. He was a member of the Senate Judiciary Committee from 1987 to 1995, helping write many laws that led to a more punitive justice system. Said laws have laid waste to many already marginalized communities, putting people in prison unjustly and ruining lives as a consequence. In response to former President George H.W. Bush’s plan for decreasing drug use in 1989, Biden said that it “doesn’t include enough police officers to catch the violent thugs, not enough prosecutors to convict them, not enough judges to sentence them and not enough prison cells to put them away for a long time” — a statement that has aged like milk. The laws Biden helped write include the Violent Crime Control and Law Enforcement Act, which included (by his own admission) over 70 new enhanced penalties and 125,000 new prison cells.

I've noted before that the college students form the on-the-ground backbone of any campaign and it's very hard to see how no-enthusiasm Joe gets them energized.

For more on Joe Biden, you can listen to yesterday's FLASHPOINTS (KPFA) where Dennis Bernstein speaks with Norman Solomon -- Norman is the last third of the program.  "I think it's crucial to make sure that he is not the nominee," Norman says at one point.

Last summer, Iraq’s oil-rich southern city of Basra was rocked by violent protests over a number of grievances, including unemployment and the lack of safe drinking water – anger and unrest that came as hospitals treated some 118,000 people for water-borne diseases.
More than a year later, Iraq has a new government, but residents say little has been done to fix chronic problems with the water management system, and some fear a repeat of the 2018 troubles could be on the horizon for the city and wider province’s four million residents. Hundreds took to the streets again in June, protesting the lack of basic services.
With the academic year starting this month, more than 250,000 children are returning to hundreds of schools that lack clean running water or fit-for-purpose tanks and pipes, according to the Norwegian Refugee Council (NRC), an aid organisation that works in Basra.

Up to 40 percent of Basra province remains unconnected to the sewage network, and most people are forced to buy water from privately-run trucks, or purchase bottled water. Those bottles end up littering thoroughfares, and many waterways are clogged with rubbish.

Nothing has changed.  And protests have already started in Iraq by graduating college students who cannot find jobs.  Iraq is a failed state that's failing more now than ever.


Turning to the issue of veterans issues, the suicide rate among veterans remains alarmingly high.   The Democrats on the House Veterans Affairs Committee have their own Twitter feed and here are two Tweets from that feed on the topic of suicides.

Women veterans often experience a loss of community after their service. As we recognize September as National #SuicidePrevention

Awareness Month, now is the time to #BeThere

for women veterans and support the important work of the #WomenVetsTaskForce. 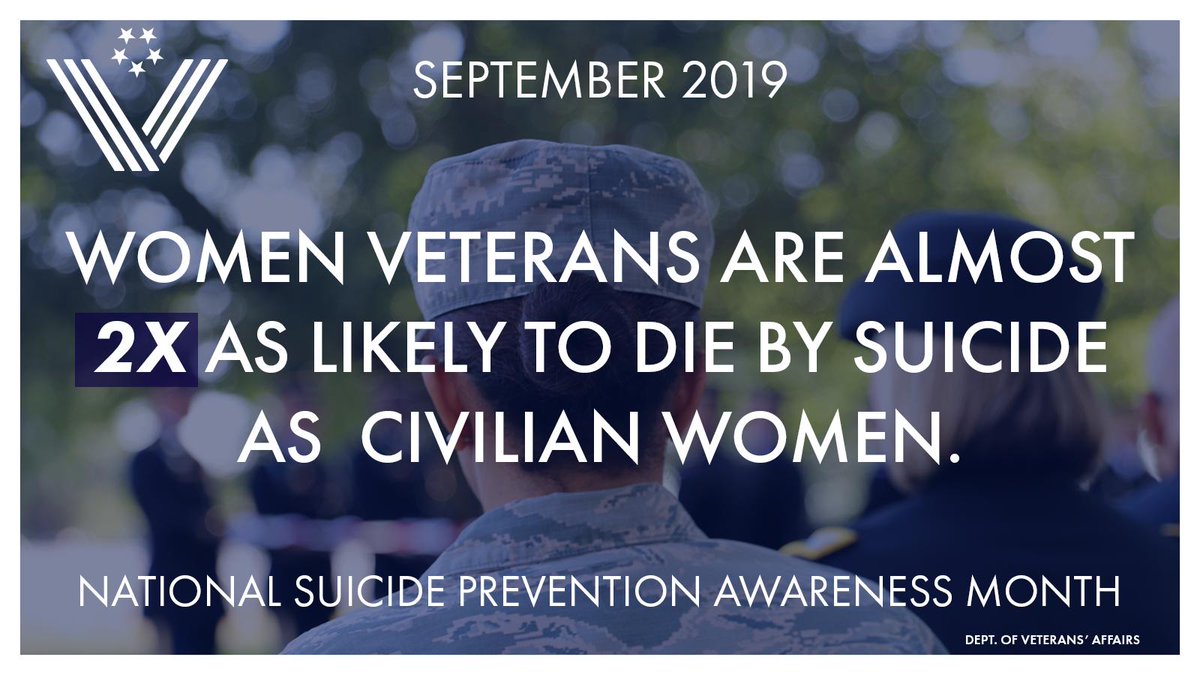 
"We have actually now had more Afghanistan and Iraq veterans die of suicide than in combat." - @RepSlotkin on veteran suicide.
/>