Would you watch a ROSEANNE show?

And Norm McDonald wants to write it.

But with or without him, I'd love a ROSEANNE show.

And there's no one that did what she did.

Not even RAISING HOPE did it because the joke on that show was ha-ha-ha-look-how-stupid-poor-people-are.

Roseanne didn't do that cheap insult.

We saw the working class on her show.

We really haven't seen them since.

And ROSEANNE was a hilarious show.

Tuesday, March 21, 2017.  Chaos and violence continue, FRONTLINE (PBS) gears up to air a report on Iraq tonight, Iraq's PM meets with the US President, The Mosul Slog continues, and so much more.

AA reports a Monday evening Baghdad car bombing left at least 13 people dead and at least sixteen more injured.  The 14th anniversary of the Iraq War didn't look any different than it did when it started.

What is there to show for it?

An unpopular government based in Baghdad, installed and propped up by the US government.

Tonight on most PBS stations.

Displaced Iraqi civilians tell @ramitanavai they’re as scared of the militias as they are of ISIS #IraqUncoveredPBS to.pbs.org/2n3VuDM

Follow @ramitanavai as she goes undercover to an Iraqi town liberated from ISIS, now under militia control — 3/21 to.pbs.org/2n3VuDM 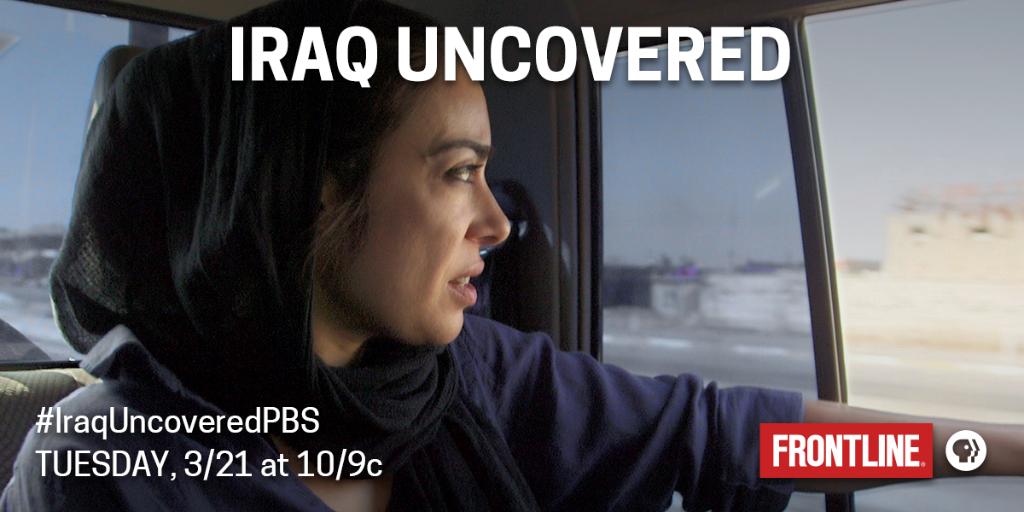 And maybe if you pay for THE NEW YORK TIMES, drop a line asking for a refund since their 'lady embed' has failed to report on any of what you will see on PBS tonight.

And if the liar's offended by that, I stated publicly, right here, that she had seen stuff, that reporters -- other reporters -- were talking about the garbage she was churning out and how she was ignoring reality.

I gave you a warning, a public one.  It's your own fault that you are the new Judy Miller.

Rukmini Callimachi -- may her name be spat out whenever press whores are discussed.


The ones Rukmini forgot.

750,000 Iraqis are trapped in the western part of the city as Iraqi forces fight house to house to force out ISIL aje.io/y2vb 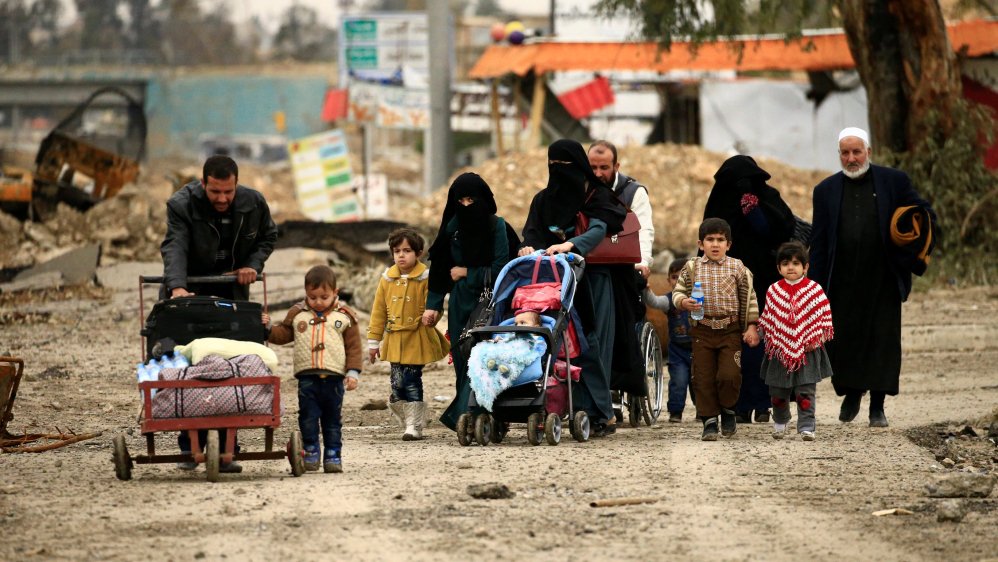 The Mosul Slog is not a success by any means.


Margaret Griffis (ANTIWAR.COM) notes, "Also in Mosul, a police colonel and eight more officers were captured in the Bab Jadid district after they ran out of ammunition."

Not at the start, of course.  Because the No Stars of the State Dept Press Corps never ask about Iraq.

In fairness to AP's Matthew Lee, we should point out that questions are probably harder for him these days since he no longer has Victoria Nuland to feed him questions ahead of the briefings and then call on him during the briefing so he can ask the question she assigned him.  (I love those e-mails, Matt, love them.)

QUESTION: The Iraqi prime minister is here with a delegation that includes the chief of staff to KRG President Barzani, and their meetings include with Secretary Tillerson. What are the main issues on the agenda of these talks, and what are your goals in these discussions?

MR TONER: Sure. As you noted, the prime minister is in town with a delegation, and I think Secretary Tillerson is meeting at the White House with – along with the President, obviously, taking part in that meeting later today.
Our goals are pretty straightforward. It’s to reiterate our support for the Iraqis in their long struggle to defeat and destroy ISIS. We also want to encourage them to take the necessary steps to prevent the re-emergence of ISIS, and to – we also want to communicate our support for a prosperous, unified, and democratic Iraq going forward.
Under Prime Minister Abadi, Iraq has made real progress with respect to defeating and destroying ISIS. What comes next is another aspect of ensuring that ISIS doesn’t come back, and that’s dealing with economic, political reforms, but also ensuring that we deal with some of the tensions in Iraqi society, and also reestablish – and I’m talking about stabilization efforts here – reestablish order, infrastructure, so that places like Mosul can welcome back those who have fled or those who have stayed, frankly.

QUESTION: On the political reforms, I assume you have – the building has some ideas on that. Would they include, sort of, decentralization of authority and power within Iraq or what --

MR TONER: Yeah, I mean, some of these things are well known with respect to our concerns, but again, we feel that Prime Minister Abadi has been, so far, shown himself to be a willing partner. He’s tackled some of these reforms himself already, so we’re positive going forward that he’s going to take additional steps.

QUESTION: Can I stay on Iraq?

QUESTION: Just a follow-up on Laurie’s question. You usually repeat this unified Iraq. Is it the message to the Kurds that sometimes they are – especially during the spring – that they are claiming to have an independence or separation from the – from Iraq. And that’s just a follow-up.
And the second question is going to be the – Iraq’s demand several times – the Iraqi officials, including the Prime Minister Abadi, asking for activating the strategic agreement with the United States. Do you have this --

MR TONER: With respect to the strategic agreement, I don’t have an update on that. I think, like I said, our focus – immediate focus – and that’s going to be obviously true with respect to the ministerial on Wednesday and Thursday this week – is how do we ensure a quick – how do we accelerate our efforts to destroy and defeat ISIS, but then how do we, again, redouble our efforts to stabilize those areas that have been liberated from ISIS.
With respect to the unity of Raqqa[1], you’re right, that is something we make a point of saying. But ultimately, these are all internal political discussions that Iraq needs to have with all ethnic groups resident in the country.

QUESTION: As Iraqi forces have increasingly relied on, turned to airstrikes and artillery in their operations in western Mosul, we’ve seen more and more reports, accounts from locals describing situations where airstrikes hit not only houses – not only houses where ISIL is located, but also nearby buildings, killing many civilians. Does the United States do anything to change the manner in which these bombings are carried out?

QUESTION: Or have they?

MR TONER: Sure. I mean – again, I’d preface my response by saying that’s something that DOD can speak with – speak to in greater detail, but of course, whenever there are legitimate allegations of civilian casualties, we investigate them. And I don’t have the website in front of me, the URL address for it, but there is a website that DOD, the Department of Defense, maintains that actually aggregates any of these claims and follows through on them, which means it puts out a report about the incident – whether it’s credible, whether it’s not, what happened, what steps are taking – going to be taken to address any civilian casualties and also amend it going forward.

QUESTION: But I understand. Can I please --

QUESTION: On their website, there haven’t been updates in the past month, if I understand it correctly.

MR TONER: I think it’s – I was about to say I think it’s a monthly basis, so I don’t know. But these things also take --

QUESTION: Since the beginning (inaudible) --

MR TONER: Sorry, but these things also take time, obviously, because it’s a battlefield. But in direct response to your question, yes, when there are credible claims of civilian casualties, they’re investigated by the U.S. military or by the Iraqi Security Forces. Reports are made, assessments are made, and any corrective measures are taken to avoid any regrettable incidents in the future.

QUESTION: So yes to the question – the question was “Does the United States do anything to change the manner in which the bombings are right now carried out in” --

MR TONER: I think we always – we always – so based on reports, assessments, we would always take steps, obviously, to avoid civilian casualties going forward.

QUESTION: I just have one more follow-up.

QUESTION: So in one instance, an airstrike hit a house, killed, according to a witness, three people, severely injured a five-year-old girl, and --

MR TONER: This is in Mosul?

MR TONER: I do – and I can get you more details, but obviously, we’ve been working in conjunction with the UN, but – Iraqi Security Forces in creating corridors to get civilians out safely. We had set up with the UN basically refugee facilities and camps so that those displaced by the fighting in Mosul could find temporary shelter in the aftermath or during the fighting. That said, it’s an active battlefield, and so obviously, it’s very difficult in some circumstances. I don’t know the incident you’re speaking about specifically, but that it might take some delay. I just – I don’t know specifically the incident you’re referring to, but in general, we have taken steps to – and frankly, the Iraqi Government has taken steps. 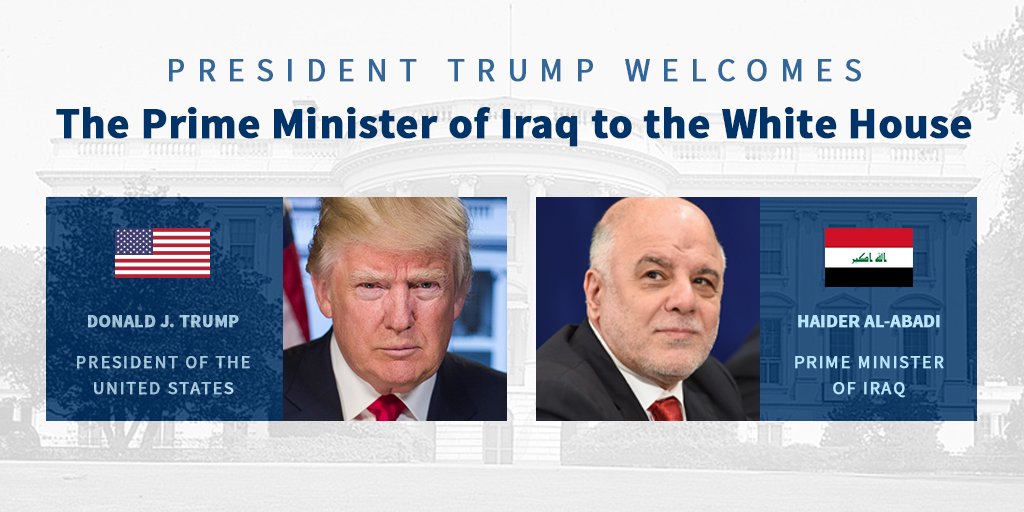 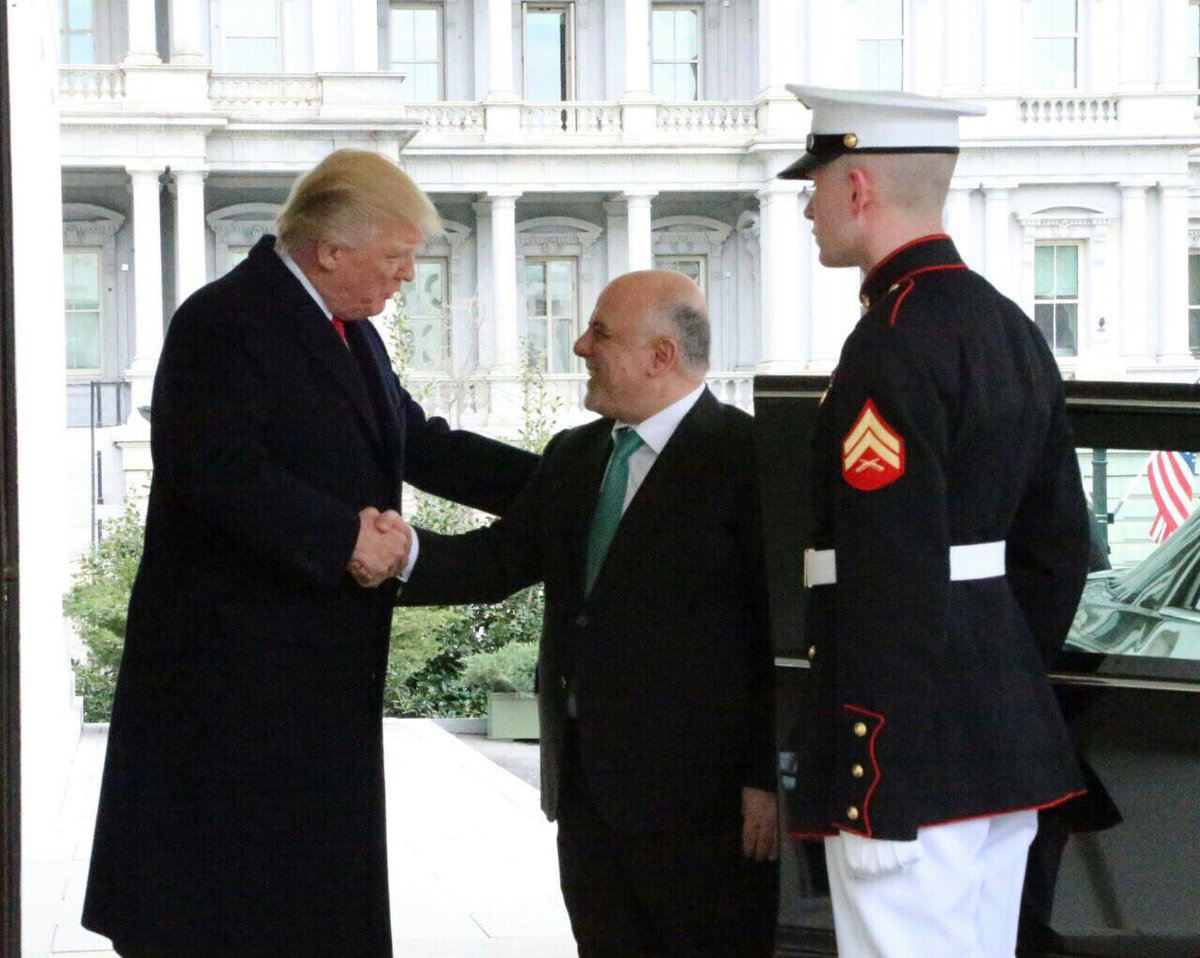 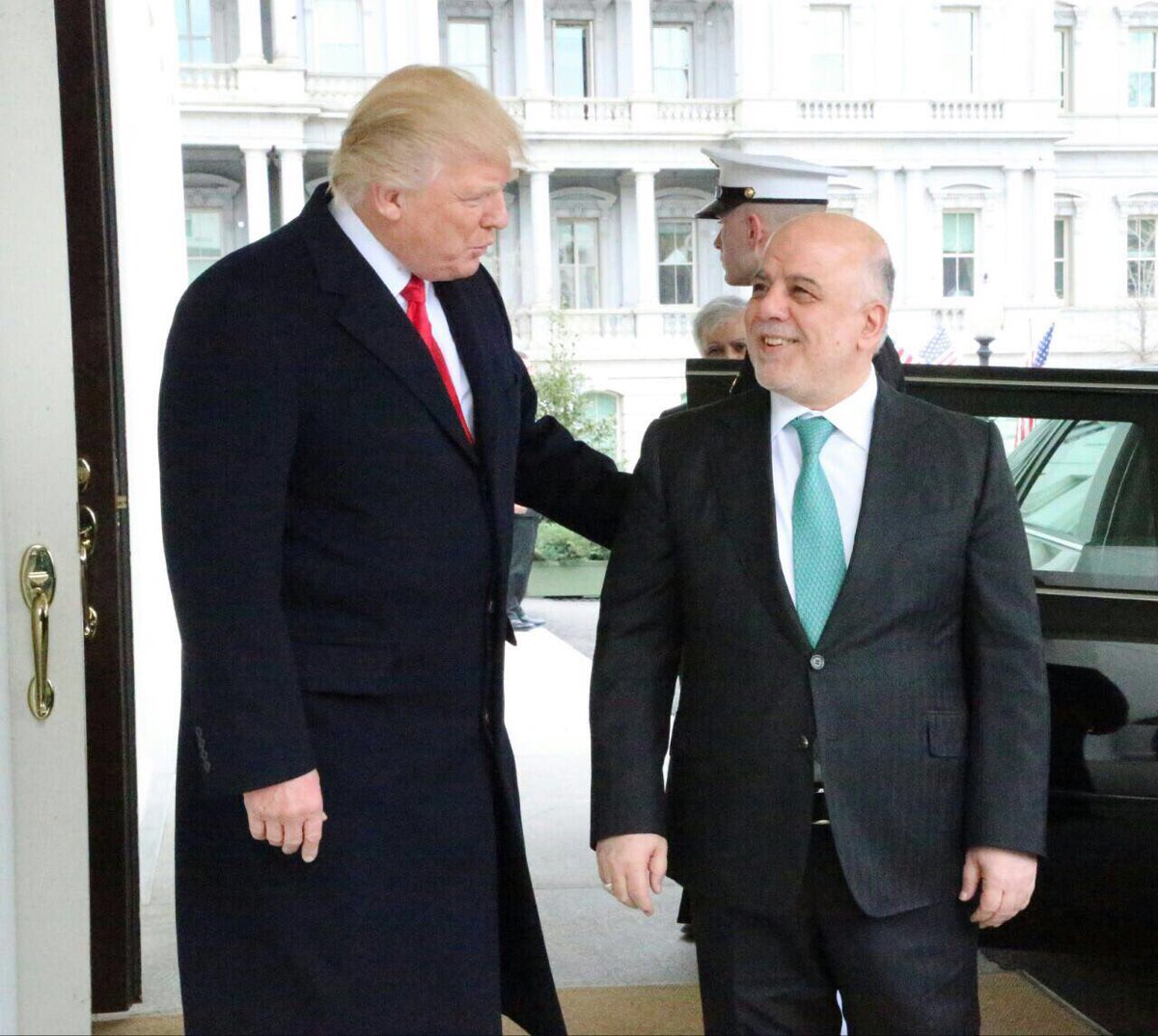 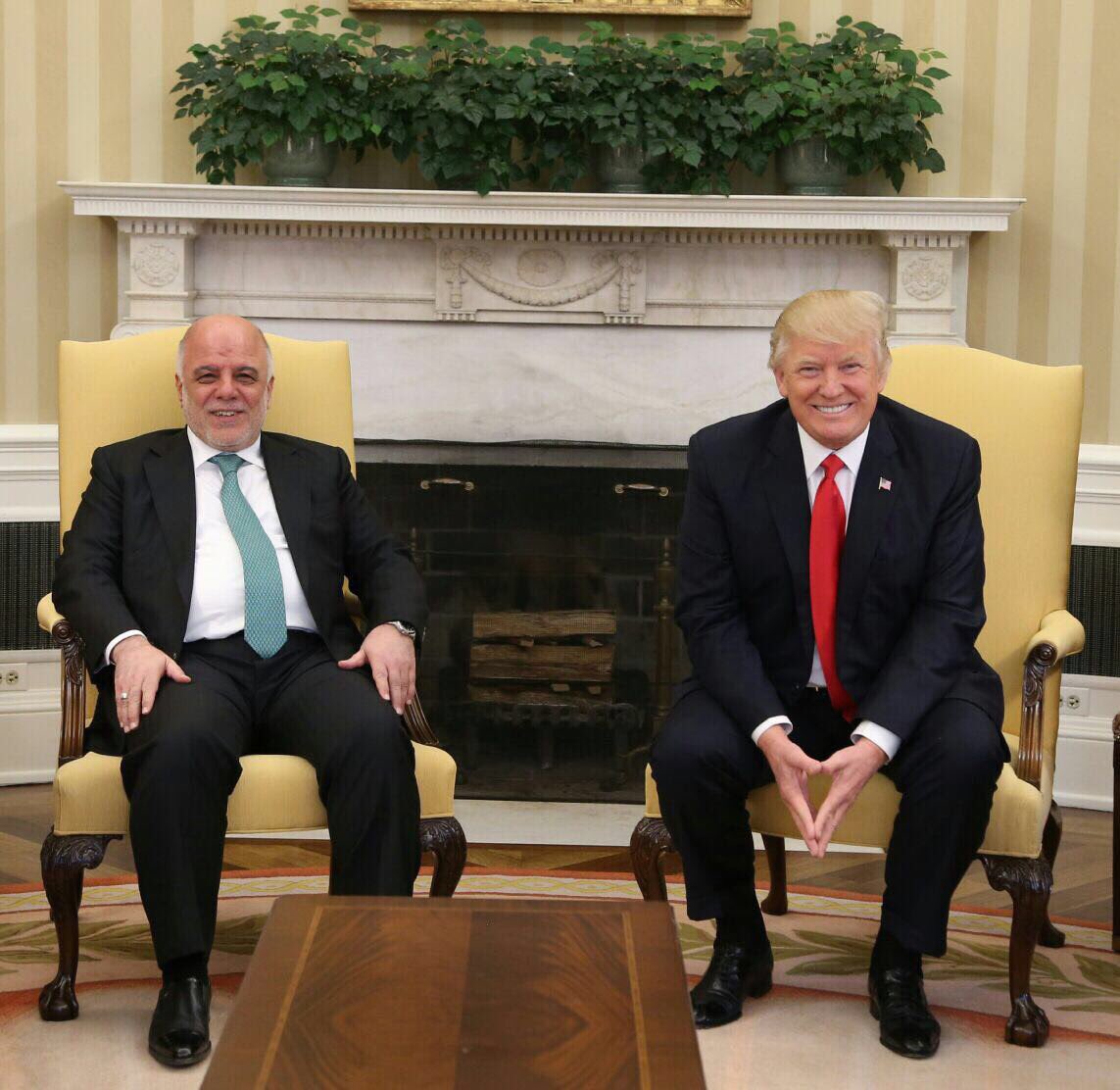 
If that surprises you, refer to the Senate hearing report in the March 7th snapshot.

Ben Cardin's been gunning for full out war and lasting war on Iraq for some time.


The plan for Wednesday's snapshot is to talk about the silence -- hey, CODESTINK, we'll be talking about you and Medea and . . . -- and the damage that silence does and how it's rooted in cowardice.