Samuel L. Jackson has ticked off some people with comments regarding Black British actors.


In an interview with New York radio station Hot 97 to promote Kong: Skull Island, Jackson questioned why British actor Daniel Kaluuya was cast as the lead in Jordan Peele’s horror film that tackles race in the U.S., and wondered why an African-American didn’t get the part.
“I know the young brother who’s in the movie, and he’s British,” Jackson expressed in the video above. “There are a lot of black British actors that work in this country. All the time. I tend to wonder what would that movie have been with an American brother who really understands that in a way. Because Daniel grew up in a country where they’ve been interracial dating for a hundred years. Britain, there’s only about eight real white people left in Britain… So what would a brother from America made of that role? I’m sure the director helped. Some things are universal, but everything ain’t.”
Jackson continued by also pointing out how Ava DuVernay’s Dr. Martin Luther King Jr. film Selma starred David Oyelowo, and how “some brothers in America could have been in that movie who would have had a different idea about how King thinks or how King felt.”

And THE HOLLYWOOD REPORTER adds, "John Boyega, the British Star Wars star, on Twitter called the debate a 'stupid' conflict 'we don't have time for'."


I agree with Samuel.

There are too few roles to begin with.  To be giving them to British actors is wrong.

I could care less about John Boyega, for example.  He's in a sci fi film set in another galaxy in the future.

That sort of role, I don't care.

But when we're talking MLK, Malcolm X or an invented character who has lived the American experience, a British Black actor is not going to provide the nuances needed.

And, again, there are two few roles for African-American males.

If that's how the part is written, then cast it that way.

And I'm not too keen about Brits playing American heroes (Superman, for example).


US President Donald Trump, this week, signed a new executive order regarding immigration.

We'll note this from the State Dept press briefing.

QUESTION: Since you knew that this was coming, and everyone basically knew it was coming since the first one came out, it calls for a review of the vetting procedures for not just refugees, but also on the terms of visa issuance. I’m wondering, since that review must be well along now, what deficiencies the reviewers have uncovered in the previous, or prior, or even current vetting processes.

MR TONER: Sure. Well, I mean, look – and this is elaborated in section five of the executive order – but it does call for the development of a uniform baseline for screening and vetting standards and procedures. And it also, as you noted, calls for progress reporting to the President beginning 60 days after the implementation date, which is March 16th. That said, some of this work was already underway from the previous EO.
I can’t get into too many specific details about what this report has uncovered thus far. We spoke with – and frankly, Secretary Tillerson spoke in respect to some of the progress that Iraq has made with regard to meeting some of the questions or some of the disconnects, if you will, in terms of information sharing and other procedures, that they’ve met those requirements – one of the reasons why Iraq was removed from the list of seven countries.
But this is all part of the executive order’s purpose, which is to review and improve our national security-focused visitor screening and vetting procedures. And the process, as I said, is ongoing.

QUESTION: So there hasn’t been any specific improvement so far --
MR TONER: Well, again, I mean, we’re always seeking to improve what we’re doing. And this is an iterative process. I mean, even before the executive order, we can say that it’s not like we just began this January 27th. But I think it was a renewed commitment to look at the procedures with how we vet both refugees incoming as well as immigrants – or rather, traveling public – into this country to ensure that we’re doing the necessary to provide for the security of Americans.
QUESTION: That suggests that the necessary wasn’t being done prior. Is that correct?

MR TONER: Not at all. And I think the Secretary spoke to this yesterday, when he said that this is – it’s almost impossible – and I’m paraphrasing him – for this to be infallible, this process. But we always have to strive to do so. And I think past administrations have done so as well. But I think the President clearly identified this as a security issue when he came into office, and now we’ve reissued the executive order yesterday – or issued a new executive order yesterday. But I can assure you that this is an ongoing process.

The day of the first press briefing.


Let's appeal to vanity and self-interest.

Trouble getting your message across?

Press briefings can help there.

It also means you're injecting another voice into the news cycle.

You are getting your message out.

It's to the administration's benefit to hold these.

Is it to the American people's benefit?

It's a good thing in other ways.

It lets the American people, for example, see how hollow the press corp is.

Iraq is not part of the new executive order.

So Iraq was not of interest to the press.

They didn't ask one question.

The US has spent billions on Iraq since August 2014.

But heaven forbid the press provide oversight of where and how tax dollars are being spent.

They forget their job so often, so repeatedly.

If Donald Trump wants to get across the message that the press is not a friend of the people, daily press briefings where Iraq is ignored can underscore that perfectly.

Elise Labott was at yesterday's press briefing -- self-congratulating as always.

Was it surprising that she didn't bring up Iraq?

And what's Elise's 'big' contribution to the Mosul story?


Back in an October State Dept press briefing, Elise Labott screamed "NO!" in the middle of a press conference  when a reporter referred to the Mosul operation as a slog.


Of course, it was a slog then.

You can't play dumb if you are dumb, so let's just say she stays silent.

Then there are those who don't but should.


Did he leave Mosul?

Or did his ghost?

"US & Iraqi sources" have repeatedly told the press that he's been killed multiple times.

That's the problem with doing stenography of whispers.


Iraq hasn't been covered by the western media in some time.

Elections are around the corner in Iraq.

How many western outlets have covered the political landscape?

Ammar Alsawad (AL-MONITOR) offers a look at the landscape:


On Feb. 28, hundreds of pro-Sadrist university students in Kut attacked Iraqi Prime Minister Haider al-Abadi's procession with stones and water bottles. Abadi's security forces fired tear gas and live bullets at the protesters, injuring three. Subsequently, Sadrist leader Muqtada al-Sadr apologized to Abadi for the breaches. Though he called on his followers to stop the protests in Kut until further notice, he accused former Prime Minister Nouri al-Maliki of being behind the breaches to try to distort the Sadrist movement's image.

The incident reflects the intense competition among Iraq's Shiite leaders. There are currently three main Shiite figures competing for power: head of the Islamic Supreme Council Ammar al-Hakim, head of the State of Law Coalition Maliki, and Sadr himself. Each has his own plan to remain in power and remove the others or limit their influence.
On Feb. 20, Sadr announced a 29-point initiative: Initial Solutions — his vision for the future of Iraq once the Islamic State (IS) is forced out. Holding local primary elections was among the points. Sadr’s keenness on holding elections is likely to further deepen the Shiite split as the leaders fight for a majority position.
About a month ago, the Sadrist movement started calling for electoral reforms, seeking to reduce Maliki’s strong chances of winning the election as long as no radical changes are made to the electoral law and commission. 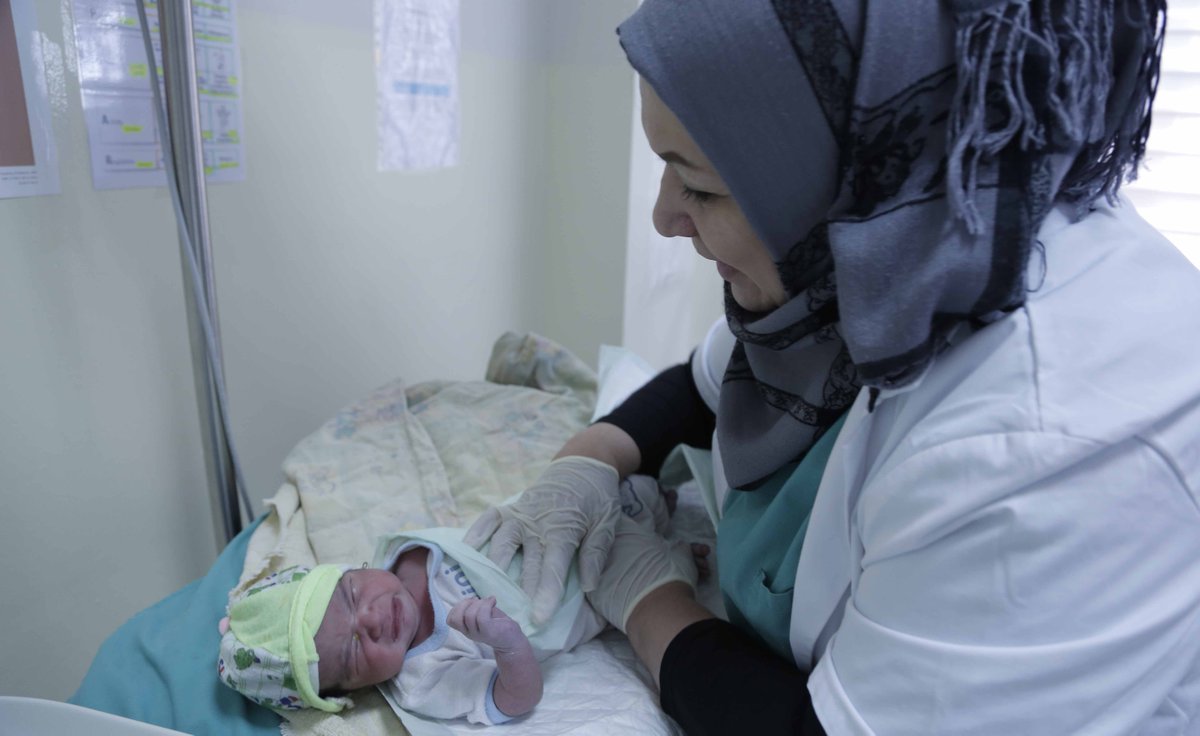 Let's note the great Chaka Khan -- not once but three times.

And here's the studio version.

On March 8, International Women’s Day, women around the country will strike to demand gender equality. The National Organization for Women will proudly take action for human rights alongside them.
Women do work of enormous economic value–for unequal or insufficient compensation, and while routinely grappling with gender-based discrimination. A Day Without a Woman and the International Women’s Strike will demonstrate this enormous economic power–and we will use our financial strength to demand more for women workers everywhere.
NOW will be closing our offices on this powerful day of action, and encouraging our staff to take to the streets in support of women’s economic equality. We hope that you will get out and take action in your community, too.
Here’s where I’ll be:
Here’s what activists can do, from A Day Without a Woman organizers:
Women’s wallets are powerful weapons. On Wednesday we will rise in support of economic justice–because the voices of women workers will not be silenced.