I really am sick of Michael Moore.

And I feel bad for writing about him because even "I am sick of Michael Moore" gets him attention.

He trashed Hillary constantly and now that she's the nominee, he rushes around trying to get her elected.

He stands for nothing.

He just tries to cash in by riding whatever waves he thinks he detects.

It's a point Mike made in "Spineless Michael Moore" and I agree.

Michael Moore is overrated, a hack and spineless.

The political equivalent of the glee club has died.

Tom Hayden was wrongly given full credit for The Port Huron Statement.  Like his credit, the importance of that statement is greatly inflated.

Then he plotted violence in Chicago.

He did plot it.

That's not to say violence wouldn't have broken out anyway but months ahead of the Democratc Party's 1968 convention in Chicago, Tom was planning violence.

Tom didn't take part in it -- from account of friends -- he could be vague on it when he spoke.

He most likely didn't take part because he was always keeping an eye on how to social climb next.

After Chicago, he tried to establish a presence on the west coast.

His rank sexism ensured that he couldn't.

So he hid out underground, under an assumed name.

He was not hiding from the FBI, to be clear.

He saw the actress Jane Fonda rising in political circles and knew he'd found a ticket to ride.

She was new to causes and deeply embarrassed over a number of mistakes -- minor mistakes.

When you make a mistake, admit it and move on.

Better, laugh and move on.

But Jane was seen as humorless and she was unable to move on from her mistake.

She saw Tom as her political educator and protector.

Everyone else saw him for the social climber he was -- Peter Fonda was on to Tom from the start.

If she hadn't gotten pregnant, the relationship might have ended as did all of her other early 70s relationships.

Instead, she ended up married to a liar and cheat.

(Is that why she's supporting Hillary?)

Elaine's written before about how Tom came on to her.

I've never written about it, but, yes, he tried with me too.

I harshly rejected him.

(A) He was ugly.  On the outside and the inside.

(B) I considered Jane a friend -- a foolish one to be married to him, but a friend never the less.

The more money Jane raked in -- she was one of the biggest film stars from the mid seventies to the early 80s -- the more open he was about cheating.

I mean that he risked her knowing.

Elaine was in the same room with Jane when Tom came on to her.

That was his m.o.

By the time she was raking in millions on her fitness empire (books, videotapes, studios, lps, etc), he really seemed to see it as a blood sport -- hitting on women while Jane was present elsewhere in the room.

Again, he was always deeply sexist.

He never felt she was that talented.

When she rose from her career ashes (her acting career was on the skids when the met), he constantly told her that she looked old, her career would fade in a few years because she was old, etc.

He worked daily to undermine her esteem.

And, remember, she was recovering from bulimia -- which he knew.

As he'd compare her breasts (then natural, she hadn't had them enhanced yet) to other women, younger actresses, he knew what he was doing.

He was a vile and disgusting piece of trash.

She probably wouldn't have made the racist ROLLOVER without Tom at her side.  Tom was a Zionist -- he'd come out on that in the '00s with a so-called apology -- and loathed Arabs.

He especially loathed Sunnis.  In 2007, he'd go on Laura Flanders' radio show and propose a 'peace' method for the Iraq War -- after he was off the phone, Laura snorted on air and said something to the effect of, "What?  He wants us to be pen pals with ___" -- she missed the with.  Whatever he wanted, he was talking Moqtada al-Sadr.  He talked only Moqtada.  Reason being he loathes Sunnis.  (Cleric and movement leader Moqtada is a Shi'ite.)

Jane, by the end, knows and the closest she comes to admitting it is a lunch with a mutual friend who, immediately after the lunch, called me (and probably everyone we both know) to say, "She knows he's cheating!"  (At the lunch, Jane was discussing a possible film project she'd make with the friend. It was about two women who became friends even though the husband of one was sleeping with the other.)

Tom needed Jane's money, Jane thought she needed Tom -- that was the basis of the marriage.

With her pouring millions into his campaigns, he finally made it into the state house -- no real accomplishment with all the money spent -- or the star power spent -- Jane herself would block walk to drum up votes for Tom.

Tom was sleeping with VR (of the Dukakis campaign) but that's not what ended the marriage.

What ended the marriage was Tom knew his current station was insulting with all the money spent and he wanted to be president (and Jane thought he could be).

He took out a poll to find out whether or not Jane -- marriage to her -- was hindering his political goals.

When the results said "yes," he informed her of his affair with VR and that he was leaving her for VR.

(I think VR is known but in case she's not, I'm just using her initials.)

It was not a pretty divorce.

Due to the delicate feelings of her limitedly talented son Troy, Jane censors herself in public about Tom.  But she has a hilarious line about that property settlement that she'll hopefully share publicly because it's true and it's funny.

Tom took the millions he extorted from Jane in the property settlement and was convinced he'd have a big political career.

She had offered him all the sizzle and star power his campaigns ever had.

Without her, he had no political future.

He tried to catch a ride on the Iraq War.

And we were told it was sincere.

(I suspended disbelief, Elaine never did.)

Which is why, throughout the two terms of Barack's presidency, Tom never tried to organize a demonstration, never spoke out strongly against the war, never did a damn thing.  Yes, in the summer of 2014, Tom did a column -- woop-di-damn-do -- about how this could be mission creep -- Barack sending troops into Iraq.

But that's all he did.

Contrast that with his supposed concerns and claims during the days when Bully Boy Bush occupied the White House.

All of Tom's efforts to end the Iraq War ended with Barack Obama.

I bumped into him twice after the eternal sell out had again sold out.

The first time I was on my cell phone and waived him away.

The second time, was fumbling for something and didn't realize he'd approached until too late.  I laughed at him and at Barack's diss of "Tom Hayden Democrats."  I told him the Iraq War continued and that he (Tom) continued to be a sell out.

That was pretty much it.

His life should haunt a number of other people.

They should realize that they could die at any moment like he did.

And that their reputation could also be in tatters.

See, even the whores (and Tom has a number of men who will lie for him) who try to pimp him as some great anti-war activist will be left with the reality that anyone reading a book years from now will be able to see that Tom did nothing to end the Iraq war from 2009 to 2016.

And yet, they'll be able to see, the Iraq War still continued.

He'll be exposed as the hypocrite and whore he was just by the timeline.

And so will others.

They better wake up to the fact real damn quick.

Tom was a Zionist and a sexist.

His passing is no great loss.


He didn't give a damn for the Sunnis of Iraq anymore than he gave a damn about Jane when he used insults to intentionally hurt her.

Jimmy Dore ‏@jimmy_dore  19h19 hours ago
Jimmy Dore Retweeted Jordan
HRC fully supported Iraq War, but now says was "Mistake". So much of one, that she is literally seeking out advice from Iraq War Architects.
Jimmy Dore added, 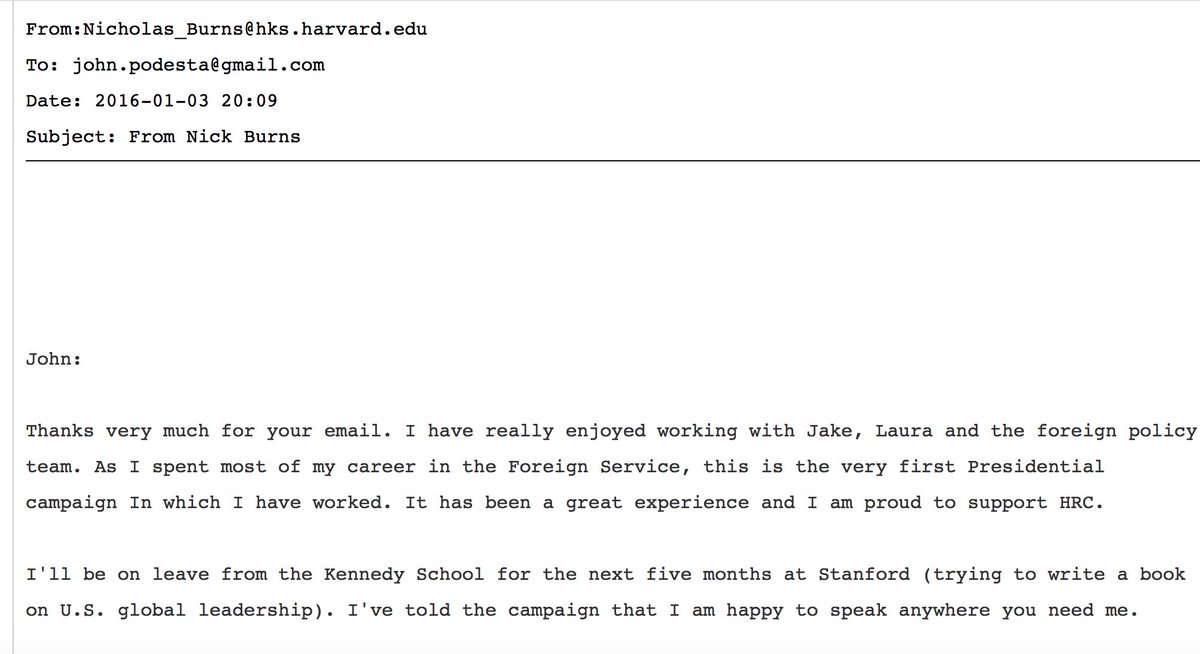 
Hillary learned from her "mistake"?

She has no solution for Iraq.

How can you work towards a goal if you haven't defined one?


But a major criticism remains that the rush to begin the offensive in Mosul under pressure from the Obama administration may have put the US presidential election calculus above long-term Iraqi national interests. A new Iraq strategy by the next American president may take an entirely different direction which could squander all the successes in the war against ISIL.
Politically, Baghdad has so far failed to put together a direly needed concrete national reconciliation and rebuilding plan that establishes a more durable framework to stabilise the country in a post-ISIL era. Such a strategy is fundamental in breaking the so-called incubators, or the society-based support ISIL receives in Sunni areas and propelling its strategic defeat.


Before the Islamic State, there was al Qaeda in Mesopotomia (a direct cause of the Iraq War).

After the Islamic State, there will be something else.

Until the Baghdad-based government is forced to address its practice of persecution and exclusion, this will continue.

You cannot stigmatize and target a group of people without a backlash emerging -- a backlash or a defense.

If this is not addressed, US forces will be in Iraq for centuries -- over and over 'liberating' cities.


This morning, the US Defense Dept announced:

-- Near Rutbah, a strike engaged an ISIL tactical unit and destroyed 11 vehicles.
-- Near Mosul, five strikes engaged an ISIL tactical unit and two rocket positions; destroyed 22 fighting positions, eight vehicles, eight tunnels, seven mortar systems, six rocket rails, three heavy machine guns, three rocket systems, two light machine guns, two command and control nodes, a vehicle bomb, a communications tower, an ISIL-held building and a mortar cache; and damaged a mortar system.
-- Near Sinjar, a strike engaged four staging areas.
-- Near Sultan Abdallah, a strike engaged an ISIL tactical unit and destroyed two vehicles and a weapons cache.
Task force officials define a strike as one or more kinetic events that occur in roughly the same geographic location to produce a single, sometimes cumulative, effect. Therefore, officials explained, a single aircraft delivering a single weapon against a lone ISIL vehicle is one strike, but so is multiple aircraft delivering dozens of weapons against buildings, vehicles and weapon systems in a compound, for example, having the cumulative effect of making those targets harder or impossible for ISIL to use. Accordingly, officials said, they do not report the number or type of aircraft employed in a strike, the number of munitions dropped in each strike, or the number of individual munition impact points against a target.