GHOST IN THE SHELL

Scarlett Johansson's GHOST IN THE SHELL.

It's a bomb at the box office.

I wanted to see it last week but the woman I'm seeing wanted to avoid it due to all the 'controversy.'

If you don't know, some are furious that an Asian female wasn't cast as the lead in the female.

It's an American film by a major US studio.

Would it be possible?  Yes.

But I'm also aware that there are not a lot of action films made in Hollywood starring women period.

Scarlett is a star so of course she's going to be considered.

It could have been better.

But we go and we see it and I'm trying to give Scarlett the benefit of the doubt and  I go online to see how much the film's made to include that and I've got headline after headline of Scarlett piping off about Ivanka Trump.

Her film is bombing?

They say it will be a sixty million loss at least for the studio.

But she's attacking another woman?

She should shut her damn mouth.

She's starring in a major motion picture where the only pro or hook to it might be let's-support-women and she's using her Twitter to attack a woman?

Is that not stupid?

I was wanting to defend her.

But she took millions for this movie.

And instead of trying to help it be less of a loss for the studio, she's alienating even more people.


Friday, April 7, 2017.  Chaos and violence continue, The Mosul Slog continues, the partisan liars continue and let's learn to tell the difference between a partisan piece of crap and a peace activist.

For sometimes when I am feeling as big as the land
With the velvet hill in the small of my back
And my hands are playing the sand
And my feet are swimming in all of the waters
All of the rivers are givers to the ocean
According to plan, according to man

There's a chance that peace will come . . . but not as long as people lie.
Take this idiot, "Peace Is Active."

Bush Said Iraq Would Welcome Us As Liberators... Many Lives Lost... Civil War We Sparked Bled Into Syria... #CostlyWarsWorstStrategy 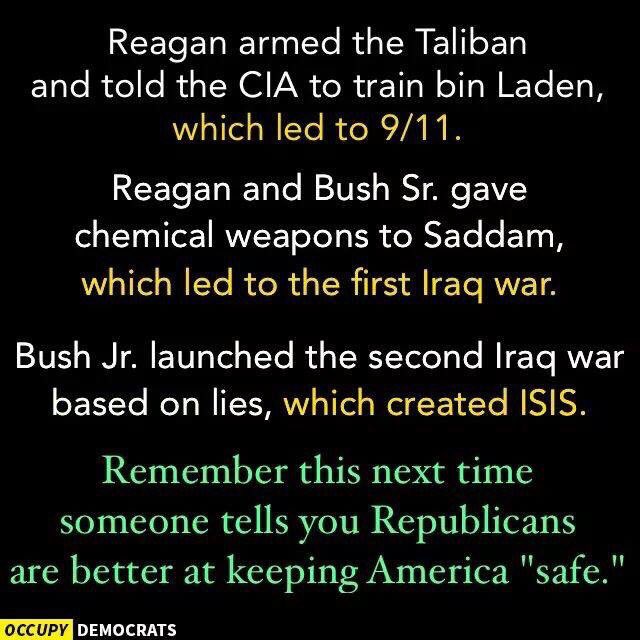 Cynthia McKinney PhD‏ @cynthiamckinney  Apr 4
I get that D Cheney smirk when I see orgs quote Dr. King today that said nothing during Obama's 8 years of bombings. ourfuture.org/20170404/50-ye… 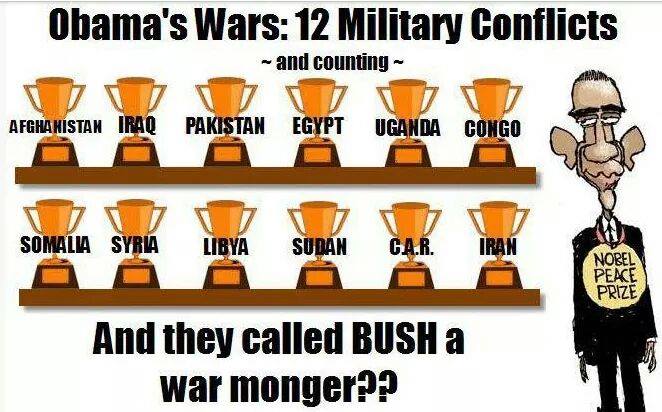 If he hadn't overturned the 2010 Iraqi vote -- talk about foreign interference in an election -- Nouri al-Maliki wouldn't have gotten a second term and Iraq might not have witnessed the rise of the Islamic State.

Do a half million dead Iraqi children not matter?

Or, like Madeline Albright (Bill's Secretary of State and Destruction), do you think killing them was "worth it"?

There's a special in place for hell for Madeline Albright and plenty of spots for those who lie and cover for her as well.

Q: The former director of the CIA, Robert Gates, stated in his memoirs [“From the Shadows”], that American intelligence services began to aid the Mujahadeen in Afghanistan 6 months before the Soviet intervention. In this period you were the national security adviser to President Carter. You therefore played a role in this affair. Is that correct?

Brzezinski: Yes. According to the official version of history, CIA aid to the Mujahadeen began during 1980, that is to say, after the Soviet army invaded Afghanistan, 24 Dec 1979. But the reality, secretly guarded until now, is completely otherwise: Indeed, it was July 3, 1979 that President Carter signed the first directive for secret aid to the opponents of the pro-Soviet regime in Kabul. And that very day, I wrote a note to the president in which I explained to him that in my opinion this aid was going to induce a Soviet military intervention.

Q: Despite this risk, you were an advocate of this covert action. But perhaps you yourself desired this Soviet entry into war and looked to provoke it?

Brzezinski: It isn’t quite that. We didn’t push the Russians to intervene, but we knowingly increased the probability that they would.

Q: When the Soviets justified their intervention by asserting that they intended to fight against a secret involvement of the United States in Afghanistan, people didn’t believe them. However, there was a basis of truth. You don’t regret anything today?

Peace will never come when whores and liars pretend the problem is Republicans.

What do they hold in common?

They're all Democrats for one thing.

And they were all on presidential tickets after their votes for war.

The 2004 Democratic presidential ticket was Kerry - Edwards (or John and John -- two toilets for twice the flushing).

Hillary Clinton was the presidential candidate on the 2016 ticket.

Before you start cheering on Barack Obama and Tim Kaine for not voting for the Iraq War, remember that neither was in the US Congress -- House or Senate -- in 2002.

And add in that Barack told THE NEW YORK TIMES in 2004, during the national convention in Boston, that he didn't know how he would have voted had he been in the Senate.

And yet someone claiming to want peace, is pimping the wars as the responsibility of the sole Republican Party?

And peace will never come while we continued to allow ourselves to be hijacked for partisan purposes.

Grasp that in 2006, Democrats promised they would end the war in Iraq if they were given control of a house of Congress.

At the time, they were in the minority in both houses.

In those November elections, the American people gave them control of both houses.

January 2007 saw that Congress sworn in.
Did the Iraq War end?
No.
Did it end in 2008?
No.
Give us one house of Congress and we'll end the war . . .
A lie.
Nancy Pelosi, elevated to Speaker of the House, tried to pin the blame on then-Senate Majority Leader Harry Reid.
What a load of nonsense.
She didn't say, "Give me both houses of Congress," she said one.
They thought they had a chance at winning back the House.  That was the promise she was making.  So she expected the Senate would obstruct -- that it would be controlled by Republicans.
Instead, it ended up controlled by Democrats.
And she whined -- the the editorial board of THE SAN FRANCISCO CHRONICLE -- that she only had control of the House herself so she couldn't end the war.
What a lying sack of s**t.
Shame on everyone who provides cover for politicians who start and/or continue illegal wars.
Shame on those who use it as a partisan issue.
This is about human life and you're lying to churn out the vote for a political party?
That includes Peace Is Active who doesn't give a damn about peace -- check out the Twitter feed -- just about slamming Republicans and praising Democrats.
You are the problem.
You are the cause of continued war.
Because you whore.
I'm hoping Chris Hayes is just stupid.

No, Chris, it didn't.
You refused to report what happened but Tim Arango reported it, we've covered it here hundreds of times and, in your magazine THE NATION, Tom Hayden even wrote about Tim Arango's report.
So are you stupid?  Are you lying? Or are you whoring?
The drawdown (not withdrawal) was at the end of 2011.  The Yazidi 'rescue' began in 2014.
Where's Barack sending special-ops into Iraq in 2012?  Oh, Chris ignores it.
From November 7, 2012's "Let the fun begin (Ava and C.I.):"
If you doubt that, September 26th, the New York Times' Tim Arango reported:


September 26th it was in print.

If Barack's sitting before them and he's flat out lying to the American people, it's their job to ask.  They didn't do their job.  Nor did social menace Candy Crowley who was apparently dreaming of an all-you-can-eat buffet when Barack was babbling away before her about how he wouldn't allow more "troops in Iraq that would tie us down."  But that's exactly what he's currently negotiating.

But she was only one of the three moderators.  Bob Schieffer and Jim Lehrer also moderated.  Of course, they didn't foolishly self-present as a fact checker in the midst of the debate  nor did they hit the publicity circuit before the debate to talk about how they were going to show how it was done.

Barack lied and Americans will face that or not.
Chris Hayes appears to indicate that America will not face that.
Let's all hope he's wrong.

RTErdogan Live‏ @RTErdoganLive  Apr 5
President Erdogan: It is not appropriate to raise the Kurdistan flag alongside the Iraqi flag.
1 reply62 retweets39 likes

Must be wonderful to be Recep Tayyip Erdogan, president of Turkey, so few problems that you can stick your nose into other countries' business and do so over issues like whether or not they should raise a flag.

Erdogan's Turkey has thousands of problems -- most of them stemming from Erdogan.

And when he's out of office, he will be seen as a butcher for all the civilians he's killed in his so-called efforts to bomb the PKK.  (He's killing Kurds.  He knows it.  The Kurds know it.  He's thinning out the population.  His policies in Turkey are the same only less obviously violent.)

Repeating, when he's out of office, he will be seen as the butcher he is.

And he can shut down every last TV channel, newspaper and blog in Turkey and he still won't be able to silence that truth.

Meanwhile it's day 171 of The Mosul Slog.

The United Nations High Commissioner for Refugees offers this:

KEY FIGURES
314,268 Iraqis currently internally displaced from Mosul and surrounding areas since military operations to retake the city began on 17 October 2016
37,455 core relief item (CRIs) kits distributed to families in camps, assisting some 224,000 IDPs from Mosul and surrounding areas
7,814 family plots currently occupied out of 12,497 family plots (for some 75,000 people) in UNHCR built camps ready to receive IDPs displaced from the Mosul corridor
3 million IDPs since January 2014
250,952 Iraqi refugees hosted in countries in the region, and 14,878 Iraqis received in Al Hol camp in Syria since 17 October 2016
FUNDING
USD 578 million requested for IDPs and Iraqi refugees in the region in 2017

And remember that this week, the civilians in Mosul were again instructed to remain in their homes.  There is no safe passage out.  But we can be sure that when the next civilian massacre gets attention we will suffer through members of the US Congress insisting it's all ISIS' fault.

The war continues in Iraq, Trump's attacking Syria and the thing all the 'intelligent' people are doing?  Mocking Jared Kushner for wearing a flack jacket.

No, your priorities aren't screwed up at all.  (That was sarcasm.) 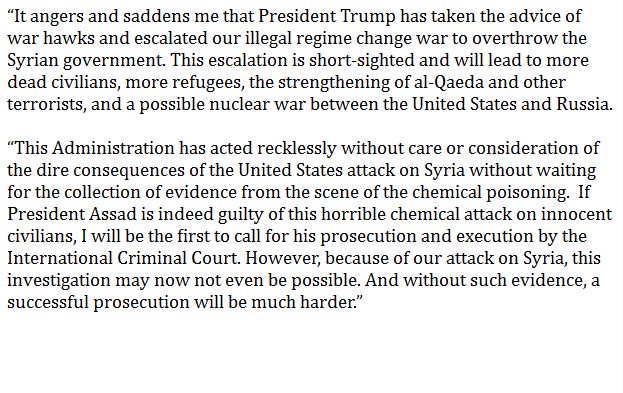 US House Rep Tulsi Gabbard is correct.
By the way, the US State Dept will not have a press briefing today: "There will NOT be a Press Briefing today."  And they haven't held once since March 21st.  The State Dept press briefing is a daily event.  How sad that Donald Trump's people are too scared to face the press.  How sad, but how telling.
So much to work on but so little willing to do the work.

We don't need another war but, by all means, let's not focus on that or Iraq or anything that matters because we can be snotty about Jared!  (Snotty, not bitchy.  It's not mature enough to pass for bitchy.  It's the stuff of 3rd graders.)

That should be the question of the day.
The following community sites updated: