When you wash out in life and try to find 'the way back' a lot can happen as Ben Affleck's latest film makes clear.  This is a sports film and, like many sports films, it's a tale of redemption.

The basics?  Ben plays Jack who was a high school basketball star who flamed out and now spends his time getting drunk -- even while at work (construction).  He loves his beer.  At home, he keeps a can in the freezer.  When it's time to drink that can, he moves one from the fridge to the freezer to replace it and have it cold and ready.

Bishop Hayes High School needs a basketball coach and that's where Jack has a shot at redemption.  It's a tight film with a compelling story.  Ben himself is a standout and, though everyone does a fine job, praise should also go to Michaela Watkins.  The former SATURDAY NIGHT LIVE alumni ("Bitch, please" among other skits) who also was wonderful on THE NEW ADVENTURES OF OLD CHRISTINE as the girlfriend of Christine's brother and who starred in HULU's CASUAL again delivers.  She's gifted and manages to provide a textured performance that is so natural and real, some might not grasp the skill with which she's working.

I'd nominate both Ben and her for an Academy Award next year, if I had the power, and I would certainly nominate Brad Ingelsby for Best Screenplay.

This is a film you should make a point to see.

Friday, March 6, 2020.  Senator Elizabeth Warren drops out of the race for the Democratic Party's presidential nomination, some try to play feminist in response and just sport sexism, while, in Iraq, protests continue.

Starting in the US where the Democratic Party's race for the presidential nomination is now a three-person race.  Yesterday, Senator Elizabeth Warren dropped out.

Elizabeth Warren‏Verified account @ewarren 21h21 hours ago
Our work continues, the fight goes on, and big dreams never die. From the bottom of my heart, thank you.
21,688 replies38,692 retweets324,725 likes

Exactly how much Elizabeth Warren's gender affected her run will be the stuff of months — or years — of study. There's already some analysis showing that sexism hurt women candidates in this Democratic field.
124 replies162 retweets697 likes


Don't talk about Elizabeth's gender if you're not serious about gender discrimination.  If you're serious about it, you'll be defending Tulsi from it.

If you're serious about ending it, you'll defend any woman who is targeted with sexism.

Was sexism at play?

Some don't believe so.

Greta Van Susteren‏Verified account @greta 1h1 hour ago
I would love in my lifetime to see a woman president but Elizabeth Warren did not fail to get votes because of gender... she was front runner until she had huge problem paying for her healthcare plan and then poll numbers hit the skids w/ that;women can win nominations:HRC
155 replies52 retweets515 likes


And Greta's got some good points.  There's also the Native American issue.  Elizabeth, once she realized she was wrong and was not Native American, could have made a joke to let everyone laugh together and end the whole thing.  Instead, she remained on the defensive about it.  That wasn't smart politics.

But, unlike Greta, I do see gender issues at play.  I see Joe Biden, for example, cutting her off in the debates, dismissing her, distorting her.  He did that with Amy Klobuchar as well and certainly with Kamala Harris.  This was a gendered response that he had and he should have to answer for it and so should the moderators who allowed it to take place.

Of the moderators, the worst were Norah O'Donnell and Gayle King who elected to dismiss Elizabeth and dismiss the discussion of harassment in the work place.  Yes, women can be sexist to other women and Norah and Gayle were an embarrassment.

Tiny Pete was condescending to Bernie, yes.  But that was nothing compared to the way he sneered at Elizabeth and Amy.  And he wasn't called on it by the press.  No, a day after the debate, he was seen as someone who'd really 'scored' by ripping apart a woman.  Contrast that with Chris Matthews attacking Elizabeth for asking about Bloomberg's history of harassment.  Elizabeth did not invent those charges, nor was she exposing them.  The harassment had been well documented by THE WASHINGTON POST.  But somehow, when Elizabeth is using that report, it's time to question her and attack her for believing a woman over Michel Bloomberg, as Chris Matthews put it.  First of all, THE POST had corroboration from others.  Second, a large pattern of harassment had been documented and it was not just one woman.

Sour Grape Girls?  They are sexists.  Here are two examples of filth and trash who ensure that gender discrimination will take place in future campaigns.

Andrea Lynn‏ @AndreaLynn789 14h14 hours ago
Thank you to Hillary Clinton, Kirsten Gillibrand, Kamala Harris, Amy Klobuchar and Elizabeth Warren for showing the world what it looks like when strong, qualified, tenacious women run for President. The world is a better place because of all of you. So grateful. #strongwomen
2 replies9 retweets37 likes


Do you get the problem?  Yes, I know Victoria Brownworth is a perv who thinks it's okay to look at the genitals of the underaged.  That alone should have had her evicted from the public square.  But notice what else she and Andrea are doing.

They're saying 'these women are good and deserve defending, the others don't.'

They pick and choose their personal favorites: Kirsten, Kamala, Amy and Elizabeth.

They ignore Tulsi and they ignore Marianne Williamson.

Marianne has built a business and she did that with brains.  You may want to dismiss her, you may want to insult her, but the reality is she is a very smart woman.  She used her campaign to highlight serious issues.

Tulsi?  I don't think any other woman who ran had a more equal division of supporters when it came to gender.  Men may have even supported Tulsi more than women did.

Six women ran for the nomination.  Only one remains.  In different ways, every woman who ran made a difference.  It's shameful and, yes, it's bitchy to act as though Marianne and Tulsi weren't in the race.  And don't pretend you give a damn about gender discrimination if you're not willing to recognize that Marianne and Tulsi brought something real and valid into this race.

Sabrinanne2001‏ @sabrinanne2001 3h3 hours ago
I applaud Elizabeth Warren, Kamala Harris, Amy Klobuchar, and Kirsten Gillibrand for running & continuing the fight for women presidential candidates. I will acknowledge Marianne Williamson & Tulsi Gabbard despite my disagreements with them on several issues.
0 replies0 retweets1 like

JACK ✖️‏ @JackFromBoston 11h11 hours ago
Shirley Chisholm Carol Moseley Braun Hillary Clinton (actually won) Elizabeth Warren Kamala Harris Amy Klobuchar Kirsten Gillibrand They all deserve to be recognized for the many barriers they have broken and paving the way for the first woman President. It will happen one day
0 replies2 retweets3 likes


I believe Tulsi, the first female combat veteran to run for the party's presidential nomination, broke barriers and did so long before 2019.  Who the f**k asked you for your take on women, Jack from Boston?  Maybe just shut the f**k up from now on.    You don't know anything about anything and you have a Little Golden Book synopsis of women.  So just shut the f**k up.

If you're not getting how obnoxious and ignorant Jack from Boston is, you may be just as stupid as he is.  Where's Pat Schroeder on his list, for example?  Huh?  Blowhards who know nothing think they can discriminate against Tulsi and Marianne but throw out a few names and we won't notice?

And let's not forget our lefty men who harmed women this go round.  Let's stay with Elizabeth Warren.  It's sexism for Norman Solomon to attack her the way he did -- and he's still doing it with his latest garbage which reads like a warning to Elizabeth.  It was sexist garbage for him to propose months ago that she drop out of the race because she'd make such a nice vie president.  Others offered that garbage as well -- including David Swanson.  It's strange, isn't it, how these men never felt the need to offer the same advice to any of the men who ran for the nomination.

But when it's a woman's life, when it's her career, well the sexist pigs think they know best.  DICKWAD KNOWS BEST starring Norman Solomon.

Unlike Greta, I do believe gender played a big part in the way female candidates were seen and the way they were Tweeted.  When Kamala Harris dropped out, for example, we noted that Michael Tracey did one Tweet when Steve Bullock dropped out but that he Tweeted nonstop with glee about Kamala.  That's nothing but hatred of women.  You can try to dress that up, but the reality will always be that his obsession and hatred shined through in that moment.

In Iraq, the protests continue.  And looks who's back.

Nerti U. Qatja‏ @nertiqatja 19m19 minutes ago
Sadr calls on his supporters to resume protests in Iraq on Friday
0 replies0 retweets0 likes

Yes, Moqtada al-Sadr wants the protest to resume.  This after he wanted them stopped.  When the cult leader found out that he couldn't command Iraqis from Iran, that the protests would continue, looks like he decided to try to save face and pretend like he was on board. 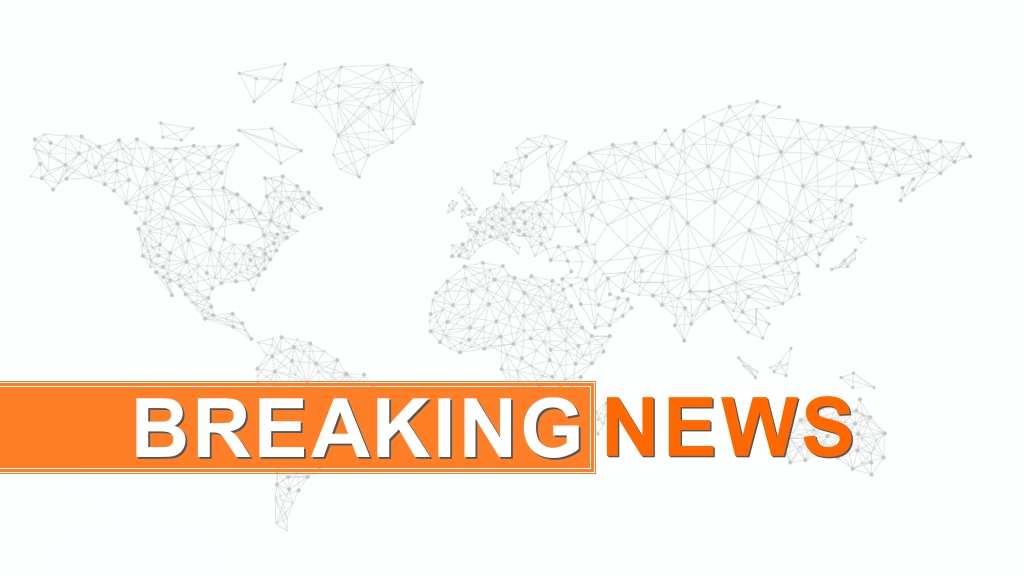 Nerti U. Qatja‏ @nertiqatja 2h2 hours ago
Protests continue in Iraq despite the use of violence to suppress them newsobservatory.com/protests-conti… 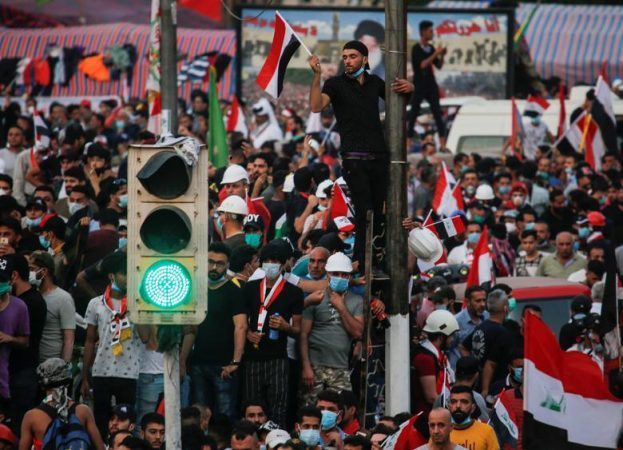