DEADLINE has no fact checker and also the weekend box office 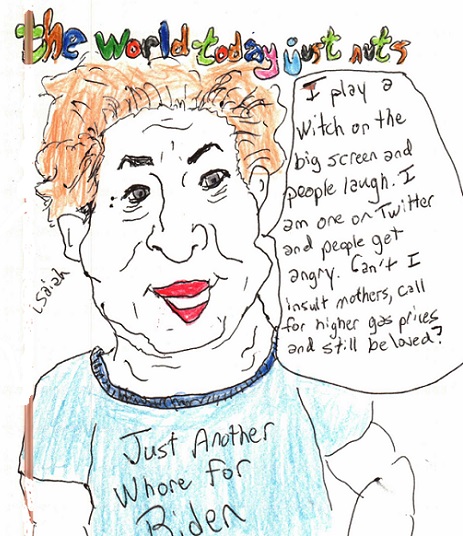 Isaiah's THE WORLD TODAY JUST NUTS "Elderly Celebrity Is As Confused As Joe" and Kat's "Kat's Korner: Freewheelin' Jewel" both went up over the weekend.

NBC’s biggest scheduling change is on Friday where the network will launch an 8-9 PM comedy block in November, after putting quiz show College Bowl, starring former NFL star Payton Manning, in the slot in early fall alongside the start of the football season.

"Payton Manning"? Seriously? As WIKIPEDIA notes, he's considered to be one of the greatest quarterbacks of all time. And it's PEYTON. With an "e."

How many commercials does he do? How many Super Bowls did he play in? And DEADLINE can't spell his name right?

I can remember when he was drafted. I was dating a woman with a eight-year-old and he was talking Peyton this and Peyton that. And she said, "I don't get why he's so obsessed with Walter Payton." I told her he was talking about Peyton Manning. And I realized she wasn't very focused on the news because all week had been about Peyton Manning being drafted -- and he was well known for his college playing even before that.

Now here's the top ten for the weekend:

Thoughts?  Steep drop off for STRANGE --  Down 67% in its second week.  Elsewhere, FANTASTIC BEATS is really not doing well at all.   THE LOST CITY?  I hope it makes it to the 100 million mark.  I think it was a sure bet before last week.  It made money last week but it also went up on PARAMOUNT TV and up on APPLE TV and for sale on AMAZON.

October 10th, elections were held in Iraq.  The turnout was low n-- the lowest since the US  invasion.  the US government feared a low turnout which is  why they cash-bribed Moqtada al-Sadr .  Taking his cash pay out, Moqtada suddenly declared he was all for elections and hat everyone should vote in them and blah blah blah.

The western press -- especially the US press -- spent the first months after the election insisting that Moqtada was a kingmaker.  Moqtada leads a cult.  It's dwindled in the last three years.  A clear reason would be his leadership has failed to deliver.  When the us first invaded in 2003, Sadr City was a slum of Baghdad and, all these years laer, it remains a slum.  Between that and attacks on Shi;ite youths, Moqtada has harmed his own image and reputation.

The western press, which barely pays attention to Iraq, was caught unaware and caught trying to push the US State Dept's aims -- without revealing that's what they were.  They have been wrong.  They were wrong before the election, they remain wrong all these months later.

Ahead of the election, we ntoed that former prime mnister and forever thug Nouri al-Maliki remained a player in the political process.  We noted it, the US media ignored it.

Nouri has managed to hold Moqtada in check for months.  But, again, you'd never know that to read the US press.

Will they get honest now?  Sinan Mahmoud and Robert Tollastand (THE NATIONAL) reports:

Sunday's ruling throws into doubt government efforts to meet urgent needs during a transitional period, including the passing of a law that Mr Al Kadhimi says is vital to stem a rise in food poverty.

Iraq held elections on October 10, the fifth parliamentary vote for a full-term government since the 2003 US-led invasion that toppled Saddam Hussein, in response to one of the core demands of a nationwide, pro-reform protest movement that erupted in 2019.

But since then, political rivals have been at loggerheads over the formation of the new government, delaying ratifying the federal budget.

Now the US press doesn't have to get honest.  They can just ignore this news like they've ignored anything factual that's repudiated their non-stop propaganda.

But if you're watching, you should be aware of this.

This echoes decisions the same Court handed down from 2010 through 2012.

And it's not surprising.  A government should have been formed by  now per the Iraqi Constitution.

Seven months later and the western press has pretended this is normal.  And that it's not a problem.  Which is why they'll probably ignore the Court's verdict.  The Court's verdict proves them to be a liar.   And, again, this ruling is not unexpected.

In the fall of 2008, Barack Obama and Joe Biden insisted that they would oppose any SOFA that Bully Boy Bush might push for in the final days of his administration.  The majority of Democrats in Congress at the time were on record stating that they would also opposed any such contract.

That was Barack's campaign promise.  By accepting the SOFA, they were no longer bound to their promise, they had an out.  So their objections to it instantly vanished.

They had been right to object.  And there were no fiery editorials denouncing them when they were in the objecting stage.

And yet the 'caretaker' prime minister continues to try to force through deals and agreements.

He should have been gone in November.

The paralysis in the government is no excuse to allow him to continue to make policyy and implement long range planning.

There's another stalemate regarding Iraq and, as we've noted, this goes to Joe Biden's lame duck status as a president.  You usually are in your second term when you're viewed as a lame duck but Joe's senility makes his lame duck status a lot more obvious in his first term.

The Kurdistan Region Prime Minister Masrour Barzani on Monday received the outgoing US Ambassador to Iraq Matthew Tueller and discussed bilateral ties between Erbil and Washington.

Barzani extended his appreciation to Tueller for his efforts in developing relations between the United States and the Kurdistan Region, according to a statement from the prime minister's office. He wished the US diplomat success in his future endeavors.

They discussed the current state of affairs in Iraq and the Middle East as well as bilateral relations between Erbil and Washington, particularly in trade and investment, the statement added.

Alina Romanowski.  Confirmed March 24th.  March 24th.  It's May 16th.  How is she traveling to Baghdad?  By burro?  At what point does a functioning US press wake up and stop the propaganda.  If it's May and you were confirmed in March, your ass should be in Iraq by now.

Joe noinated the woman in December.  And the Senate practiced feet dragging.  They waited until March 2rd to hold a hearing on Joe's December 8th nomination.  And now that she was confirmed two months ago, she still can't get her ass to Iraq.

The UK ambassador has been working with the UN on attempting to break the poltiical stalemate.  The US has no real voice in this because everyone has known for months now that Tueller was leaving.