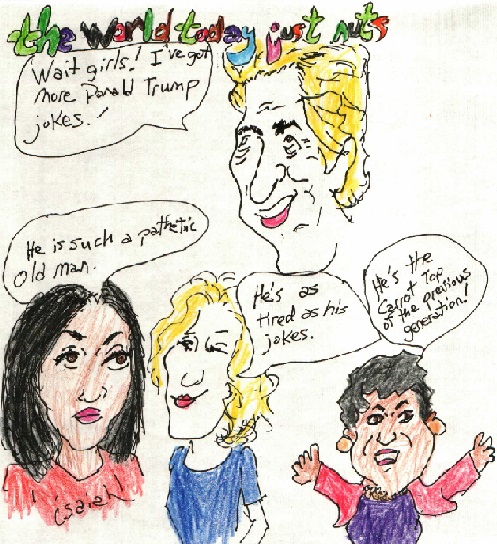 Isaiah's THE WORLD TODAY JUST NUTS "Seth's Only 2% Fresh On Rotten Tomatoes" went up Saturday  and prior to that "Biden's Last Remaining Supporter,"  "The Experts" and "21 DUMPSTER"

Now let's look at the top ten from the weekend:

Sorry but let me note the box office heavy weight Sandra Bullock first and one more time.  $94 million for THE LOST CITY domestically.  All these weeks later, still in the top ten (number seven) and now at $94 million.  A lot of Water Cooler Critics (press) wrote the film off after it made $30 million in its opening weekend.  No, that wasn't DR. STRANGE level bucks.  But it was a romantic comedy and it stars Sandra Bullock (and Channing Tatum) and when Sandra delivers in a romantic comedy, the audience turns out.  Week after week, they turn out.  And, again, that's why theater owners love Sandra.  The longer a film makes money, the bigger cut of ticket sales the theaters get.  Opening week, the movie studios get the largest cut which is why they want films that open big.
To give a little more perspective, this is the six biggest film domestically so far in 2022.
And you can also compare it to another hevily promoted romantic comedy, MARRY ME.  That film only made $22 million domestically.  Jennifer Lopez is popular.  That film was not.  That's when you cast undesirables like Owen Wilson in a romantic comedy.  I guess everyone forgot how he tanked Reese Witherspoon's romantic comedy   HOW DO YOU KNOW.  Owen single handedly ended Reese as a roantic lead, sent Jack Nicholson and James Brooks into retirement and repulsed viewers everywhere
Now let's turn to DOCTOR STRANGE IN THE MULTIVERSE OF MADNESS.  $185 million on its opening weekend.  Amazing.  I reviewed it here and noted that I recommended it.  Chip e-mailed to tell me it was sexist and that was due to Wanda.  He feels that Wanda's obsession and the evil created was a trope.  To which I respond: Did you see WANDAVISION?  Ava and C.I. called that show out for its blatant sexism which was far worse then the Dr. Strange film.  See "TV: Can anything be worse than fall 2020?" for example.  That was grossly offensive, WANDAVISION.
If you found the film sexist, I'm not going to argue with you.  But it was not as bad as the nonsense of WANDAVISION which also included the nonsense of woman against woman, or did we forget that as well?
FANTASTIC BEASTS is struggling.  I noted that last week.  This week, it's at number four and it lost half the audience it had last week.  It's at $86 million.  Even before you add in the massive costs for special effects, this was a big budget film and it's just no making the money back.   It needed something like $185 million domestically to ju

Monday, May 9, 2022.  The suffering continues in Iraq -- even without visits from the US First Family.

How much is the life of a Kurd worth?

The world makes clear that the amount is zero.  Kurdish lives do not matter at all.  Which is why Turkey can bomb those areas, invade the areas with ground troops and set up bases in those areas -- bases on foreign soil.   All these acts of war are ignored by the world.

US military intelligence believes Iran-backed militias have been coordinating with Kurdish guerrillas to launch attacks on Turkey’s military presence in northern Iraq, according to a Pentagon inspector general report released today.

The militias are also behind a small but increasing number of rocket attacks on Turkish forces in both Iraq and Syria in recent months, according to the declassified report. Some of the strikes in Iraq were carried out “in cooperation with the PKK,” the US Defense Intelligence Agency (DIA) reported.

“Following Turkish airstrikes in February that targeted the PKK in northern Iraq, a new Iran-aligned militia group conducted a rocket attack against a Turkish expeditionary base north of Mosul,” the report read. The Turkish outpost near Zlikan, northeast of Mosul, has repeatedly come under rocket fire in the past year.

“The DIA assessed that the militias probably will continue to coordinate with the Kurdistan Workers’ Party (PKK), a US-designated foreign terrorist organization, in response to Turkish air and UAV strikes on PKK positions,” the report read.

But if it is true, then what does that say about the US?

The Kurds have been the strongest partner with the US government throughout this ongoing Iraq War and this is how the US government says thank you?  By refusing to help the Kurds.  By driving them into the arms of Iran.  Why?  So the us can reward Erdogan who, of course, attacked American citizens when he visited the US, physically attacked them.  They were protesting and he had his guards attack them.

That's who we reward.

Don't see the First Lady jetting off to Kurdistan on Mother's Day to call out the deforesting of Kurdistan by Turkish troops.  Don't see her landing in Kurdistan and speaking of the rights of the Kurdish people and their right to live freely.  Thousands are pouring out of the region because of the terrorism that the Turkish government is carrying out but not a word from the White House.

Joe Biden's so-called friendship with the Kurds was always a one way street.  As a US senator, as a vice president and now as a president, he did nothing to help or assist the Kurds.  He constantly pressured them to make concessions 'for the greater good  but he never did a damn thing for them and that continues to this day.

The Yazidis are in that territory as well.

Remember them?  Barack Obama's excuse for sending more US troops into Iraq?

They're fleeing because of the Turkish bombings and assaults.

Joe Biden doesn't care about them either.

Turkey daily carries out attacks, violates Iraq's sovereignty and comits Acts of War and Joe Biden's too scared to call out Erdogan.

That tells you everything you need to know about pathetic Joe.

All major Iraqi political parties have condemned Operation Clawlock, military operations by Turkey in Iraqi Kurdistan in violation of sovereign Iraqi territory. Don't expect a peep of condemnation from any of Turkey's fellow NATO members however!

hawarnews.com
Mass protesters in Euphrates region condemn Turkish genocide attacks - ANHA | HAWARNEWS | English
Tens of thousands of people in the Euphrates region took to the squares and streets, in a mass demonstration, denouncing Turkish genocidal attacks on Başûr, and in support of the resistance of the...
3:59 PM · May 8, 2022

And the Kuridstan Solidarity Network Tweets:

Here's the recording of a recent online event discussing Turkey's new genocidal strategy, targeting the Kurdish movement and civilians in South #Kurdistan / North Iraq, as well as coordinating with the Iraqi army in the Yezidi community of Şengal / Sinjar.

In other news, the water buffalo are at risk.

Moving to another topic, let's note this from the CDC:

Crimean-Congo hemorrhagic fever (CCHF) is caused by infection with a tick-borne virus (Nairovirus) in the family Bunyaviridae. The disease was first characterized in the Crimea in 1944 and given the name Crimean hemorrhagic fever. It was then later recognized in 1969 as the cause of illness in the Congo, thus resulting in the current name of the disease.

Crimean-Congo hemorrhagic fever is found in Eastern Europe, particularly in the former Soviet Union, throughout the Mediterranean, in northwestern China, central Asia, southern Europe, Africa, the Middle East, and the Indian subcontinent.

Crimean-Congo haemorrhagic fever is a viral haemorrhagic fever usually transmitted by ticks. It can also be contracted through contact with viraemic animal tissues (animal tissue where the virus has entered the bloodstream) during and immediately post-slaughter of animals. CCHF outbreaks constitute a threat to public health services as the virus can lead to epidemics, has a high case fatality ratio (10-40%), potentially results in hospital and health facility outbreaks, and is difficult to prevent and treat. CCHF is endemic in all of Africa, the Balkans, the Middle East and in Asia.

Why are we noting this?  Because Iraqi is currently dealing with it.  Sinan Mahmoud (THE NATIONAL) reports:

Iraq is on high alert after an unusually high number of cases of Crimean-Congo haemorrhagic fever, which has killed eight people so far this year.

Authorities said one person died on Friday as cases of the virus spread to the country's north, AFP reported.

The virus, which has a death rate of up to 40 per cent, is primarily transmitted to humans through tick bites or infected livestock, said the World Health Organisation.

Human-to-human transmission can occur as a result of contact with the blood, organs, secretions or other bodily fluids of infected people, the WHO said.

There is no vaccine available for people or animals.

40 cases have been registered in Iraq so far this year with 23 in Dhi Qar.  Symptoms may include:

* aches in muscles, bones or joints

* "bleeding under the skin, in internal organs, or from the mouth, eyes or ears"

AFP notes that the most recent death was a butcher and "People are generally infected through contact with the blood of infected animals, often after slaughtering livestock."  THE NATIONAL notes that in response the disease, Iraq is spraying crops and livestock.

Isaiah's THE WORLD TODAY JUST NUTS "Seth's Only 2% Fresh On Rotten Tomatoes" went up Saturday  and prior to that "Biden's Last Remaining Supporter,"  "The Experts" and "21 DUMPSTER"  The following sites updated: