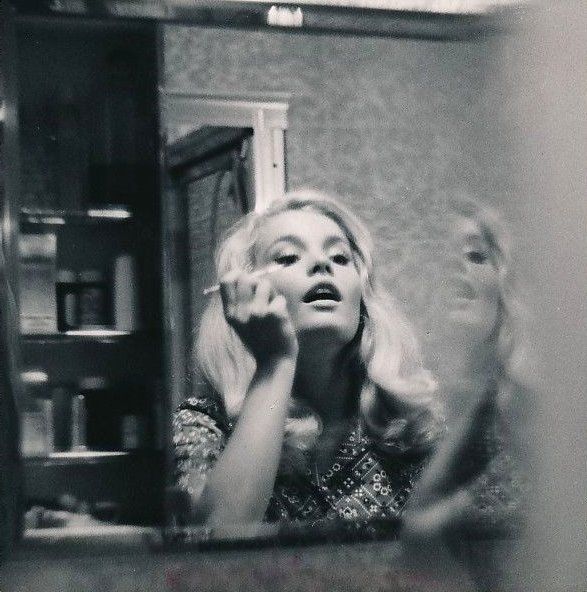 
Has she ever given a bad performance?

Even in a small part in FALLING DOWN, she delivers.

And she's amazing in her only Oscar nominated performance (as Diane Keaton's sister in LOOKING FOR MR. GOODBAR).

She's given classic performances in classic films like PRETTY POISON and LORD LOVE A DUCK and ONCE UPON A TIME IN AMERICA and PLAY IT AS IT LAYS and THIEF.

I'd argue that A SAFE PLACE is a minor classic.

A better film system would have rewarded her in the 80s with one film lead after another.

Pro-Hashd Triumph Coalition withdraw from alliance with PM list and issue a statement to confirm they “are ready to form an alliance with him post elections” Signed by: Hadi Ameri #Iraq


Over the weekend, Hayder al-Abadi built an alliance.  As we noted yesterday, it appeared the forming principal was "block Nouri."

But while Hayder may be prime minister now, Nouri al-Maliki has more than a few tricks left.


ASHARQ AL-AWSAT reports that Hayder's Victory alliance has "collapsed overnight" as a result of the militias (PMF) walking out on it.  Some are saying they walked, some are saying they were nudged.  The PMF are now supposed to return to whose side?  Nouri al-Maliki, former prime minister and forever thug.  There's even talk that Salim al-Jubouri (Speaker of Parliament and a Sunni) might join Nouri's list.  If so, that would make him the Saleh al-Mutlaq of this election.

Remember when we told you how unpopular Saleh was?

And how some 'mused' it wasn't the case?

And three weeks later, Sunni Saleh went to a Sunni protest and he got rocks thrown at him?

Yeah.  If Salim joins with Nouri, that will be his fate.  His statements beginning on Friday have been causing alarm among the Sunni online community who feel he is not sufficiently supportive of Sunni interests.

And the Sunnis were largely alarmed by Hayder's coalition even without talk of Salim joining.

Dr. Nussaibah Younis‏ @Nussaibah Jan 14
I'm in Baghdad where there is deep anxiety among Iraqi Sunnis about PM Abadi's decision to join the PMU electoral coalition. They believe his moderate leadership is over, and they fear that genuine Sunni inclusion is over
19 replies105 retweets111 likes


NIQASH's Mustafa Habib offered these Tweets on the election:


There are other problems as well.

RebazaBarzani Retweeted Kurdistan 24 English
It is occupation. The silence of the world on this is discusting. #Kirkuk is #Kurdistan. #Baghdad enjoy this as much you can, it won’t take long.
RebazaBarzani added,

Kurdistan 24 EnglishVerified account @K24English
#BREAKING: The main ruling party in the #Kurdistan Region, has decided to boycott the upcoming Iraqi elections in the disputed province of #Kirkuk, adding it “will not give legitimacy to the occupation.” …
Show this thread
0 replies0 retweets5 likes

This is not a minor issue.

As The RAND Corporation observed six years ago in "Resolving Kirkuk:"

Of all the issues that could spark violence between these groups, none is more explosive than the political and legal status of the city of Kirkuk.
Kirkuk is a microcosm of the most significant unresolved issues in post-Saddam Iraq: territorial disputes, division of oil and gas resources, and the power of the regions vis-a-vis Baghdad.  Until political, legal and constitutional disputes regarding these issues are settled at the national level, it will be difficult to determine the final status of the city, i.e., whether or not it should be incorporated into the Kurdistan Region.

Since the 2003 invasion, the issue of Kirkuk has been ignored.

It was supposed to have been resolved, per the Iraqi Constitution, by the end of 2007.

Kirkuk has been repeatedly identified by one think tank and one organization -- over and over -- as a conflict that needs to be resolved.

And over and over, it has been kick the can by one US administration after another.

Joost Hitlermann (at THE ATLANTIC) offered:

On October 16, Iraqi forces and Iran-backed Iraqi Shia militias retook the city of Kirkuk and its surrounding oil fields from the Kurds. It was a relatively bloodless affair, thanks to a deal between Abadi and a faction of the Patriotic Union of Kurdistan (PUK), the KDP’s political rival, which had opposed the [September 25th, non-binding] referendum [on Kurdish independence] and jumped on the chance to turn the tables on Barzani. Soon, these forces had retaken most of what the Iraqi constitution refers to as the disputed territories: a broad swath of land stretching from the Iranian to the Syrian border with Kirkuk at its center, which both Erbil and Baghdad claim. Kurdish peshmerga affiliated with the PUK and KDP either withdrew or fled.


This went down in terrible violence.  The Kurds were attacked and the world watched and no one stepped forward.

A non-binding resolution was used an excuse for the attacks and the War Crimes.

In any logical world, this made no sense.


Foreign Office ministers inadvertently helped neutralise the Iraqi Kurds, one of Britain’s most effective allies in efforts to limit Iranian influence in the Middle East, a former UK and Nato official has claimed.
The claims, which refer to the weeks in September and October 2017 when the Iraqi government moved against Kurdish militia after an independence referendum, are expected to be raised with the Foreign Office minister Alistair Burt at a parliamentary hearing on Tuesday in which the UK government will be asked to justify its assertion that Baghdad has recaptured disputed Kurd-held territory with “limited clashes and loss of life”.
Kurdistan, against overwhelming international advice, held a vote on independence in September that prompted Baghdad to react by forcibly taking back disputed territories outside the Iraqi Kurdish region’s original 2003 borders, including Kirkuk and the surrounding oilfields.
Tom Hardie-Forsyth, a former Cabinet Office and Nato official and now an informal adviser to the Kurdistan regional government, said in written evidence to the foreign affairs select committee that UK ministers possessed detailed intelligence warning of the precise links between Tehran and the Baghdad-backed Shia militia operating in Iraq.
There have been numerous claims of human rights abuses led by these militia, notably by parts of the Hashd al-Shaabi (Has), also known as the Popular Mobilisation Forces, to remove Kurds from Kirkuk.
Baghdad’s tough response has led to turmoil among the Kurdish political leadership, a near breakdown in relations between the Kurdish and Iraqi governments, and a weakening of the UK-trained peshmerga forces that played a key role in driving the Islamic State out of northern Iraq.


No one stepped forward -- not to offer assistance or defense, not to even offer verbal support.  The international community watched as Baghdad used collective punishment to destroy a region and a people over . . . a non-binding referendum.


What took place is not minor to the Kurds.

From the video above:

The biggest treason the biggest betrayal ever in the history of Kurdish history was selling Kurdish soil this way.  Handing over Kirkuk this way supporting Iraqi forces in this.  On top of this, the heroic PUK Peshmerga who defended and gave so much sacrifice also suffered. This resulted into collapsing the whole frontline.  Bit by bit, some Peshmerga had to withdraw with command which led to change in the frontline.  Every change had its influence on the other.  Unfortunately, Peshmerga  came into a difficult situation.  That's why they couldn't defend Kurdistan the way they should against the Iraq attack.