"Roger Moore" passed away this week.

Lucious' mom got Anika to handle the letter opener used to kill the man.

Then she told the police Anika was the killer.

At the end, they showed up to arrest her.

I'm okay with Anika going to prison for this murder.


Wednesday, May 24, 2017.  The Mosul Slog continues, the Islamic State may be relocating in Iraq, US House Rep Walter Jones addresses endless war, and much more.


Starting in the US, US House Rep Walter Jones' office issued the following regarding an event today:

WASHINGTON, DC – On Wednesday, May 24, 2017, Congressmen Walter B. Jones (NC-3) and John Garamendi (CA-3), along with John Duncan (TN-2), will host a press conference regarding H.R. 1666, to prohibit funds for activities in Afghanistan, and the importance of debating the 16 year war in Afghanistan, the longest war in America’s history.

What: Press Conference regarding H.R. 1666 and the necessity to debate the 16 year war in Afghanistan.

Where: House Triangle
(Rain/inclement weather location to be announced)

The Afghanistan War started in 2001 and it continues.

Has the US government forgotten how to end wars?

Or does it just see endless war as the desired outcome?

Syrias Vibes‏ @syriasvibes  15m15 minutes ago
#Mosul: Iraqi forces advance in offensive against #ISIS. The battle for the city leaves behind utter destruction. 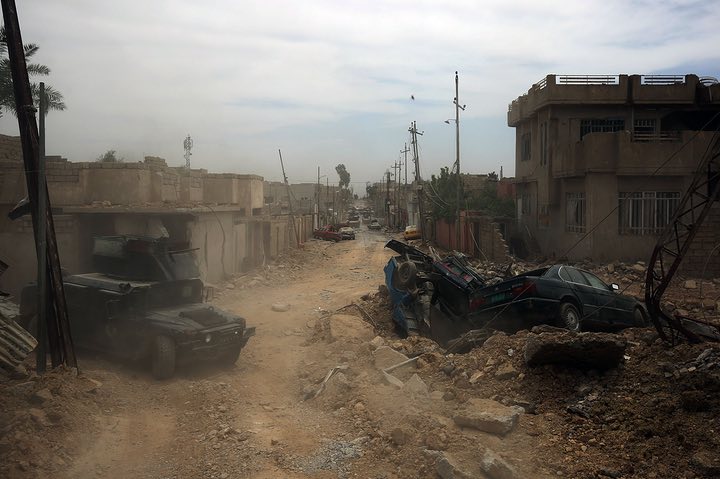 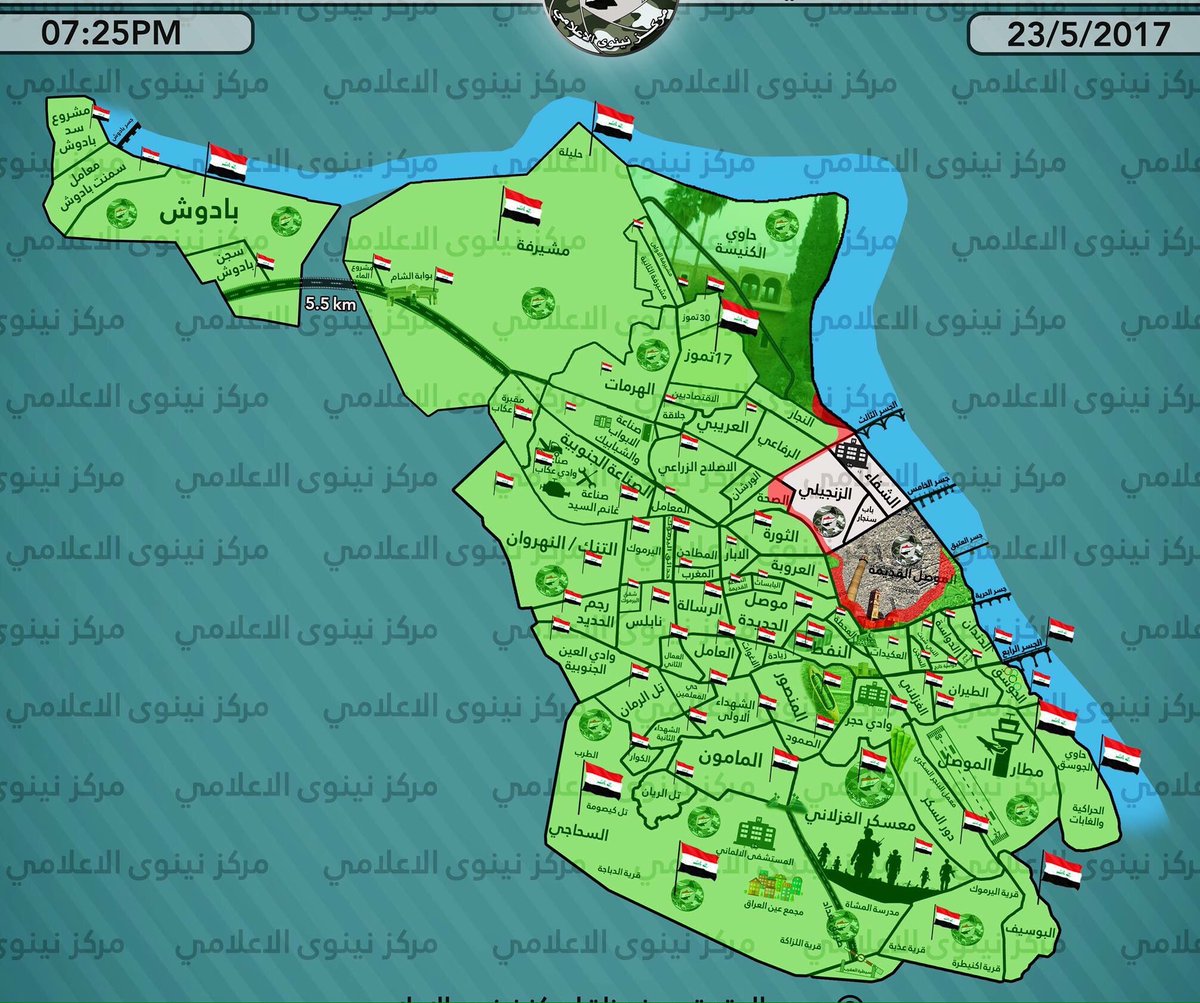 When the Islamic State is gone?

Because those are two different things.

In fact, Mohamed Mostafa (IRAQI NEWS) reports that ISIS has relocated to Hawija:


The Islamic State’s stronghold town of Hawija, Kirkuk, is almost becoming the group’s central haven as new headquarters open replacing others conquered by Iraqi forces in other provinces, said a local source.
Alsumaria News quoted the source saying Tuesday that IS had opened alternative headquarters for its so-called “Nineveh State, “Dijlah State”, “Salahuddin State” and “Diyala State” in Hawija. He said senior leaders had entered the town in armored vehicles after having fled battles with security forces in Nineveh. The source added that IS militants cut a number of main roads and subjected them to a curfew.

“Hawija has now become the group’s main haven, with members split between Hawija and Tal Afar an Baaj (west of Nineveh),” said the source.

If the rumors of the relocation are true, another slog is on the horizon.


If that's the case, maybe people will finally ask why the US decided to start bombing Iraq in August of 2014 instead of intensifying diplomacy?

That might have helped move the country towards reconciliation.


Bringing Sunnis into the full political process is the only way of getting rid of the Islamic State.


As the war drags on, Amnesty's UK chapter issues the following:


Hundreds of Humvees and 10,000s of assault rifles unaccounted for
‘Sending millions of dollars’ worth of arms into a black hole and hoping for the best is not a viable counter-terrorism strategy’ - Patrick Wilcken
The US Army failed to keep tabs on more than $1 billion worth of arms and other military equipment in Iraq and Kuwait according to a now declassified US Department of Defense audit obtained by Amnesty International following freedom of information requests.
The audit, from last September, reveals that the Department of Defense “did not have accurate, up-to-date records on the quantity and location” of a vast amount of equipment pouring into Iraq and Kuwait to provision the Iraqi Army.
The equipment - which include hundreds of Humvee armoured vehicles, tens of thousands of assault rifles and hundreds of mortar rounds -  was destined for use by the central Iraqi Army, including the predominantly Shi’a Popular Mobilisation Units, as well as the Kurdish Peshmerga forces.
The audit revealed several serious shortcomings in how equipment was logged and monitored from the point of delivery onward, including:
·    Fragmentary record-keeping in arms depots in Kuwait and Iraq, with information logged across multiple spreadsheets, databases and even on hand-written receipts.
·    Large quantities of equipment manually entered into multiple spreadsheets, increasing the risk of human error.
·    Incomplete records meaning those responsible for the equipment were unable to ascertain its location or status.
The military transfers came under the “Iraq Train and Equip Fund” (ITEF), a key part of US-Iraqi security cooperation. In 2015, US Congress allocated $1.6 billion for the programme to combat the advance of the Islamic State armed group.
The audit also appeared to show that the Department of Defense did not have responsibility for tracking ITEF transfers immediately after delivery to the Iraqi authorities, despite the fact that the department’s own “Golden Sentry” programme is mandated to carry out post-delivery checks. Meanwhile, a previous Department of Defense audit in 2015 pointed to the fact that the Iraqi armed forces applied even laxer stockpile monitoring procedures. In some cases, the Iraqi Army was unaware of what was stored in its own warehouses, while other military equipment - unopened and uninventoried - was stored out in the open in shipping containers.


“This audit provides a worrying insight into the US Army’s flawed - and potentially dangerous - system for controlling millions of dollars’ worth of arms transfers to a hugely volatile region.

“It makes for especially sobering reading given the long history of leakage of US arms to multiple armed groups committing atrocities in Iraq, including the armed group calling itself the Islamic State.
“The need for post-delivery checks is vital. Any fragilities along the transfer chain greatly increase the risks of weapons going astray in a region where armed groups have wrought havoc and caused immense human suffering.
“This should be an urgent wake-up call for the US, and all countries supplying arms to Iraq, to urgently shore up checks and controls. Sending millions of dollars’ worth of arms into a black hole and hoping for the best is not a viable counter-terrorism strategy; it is just reckless.”

Iraq: a ‘black hole’ for weapons

Amnesty’s research has repeatedly documented lax controls and record-keeping within the Iraqi chain of command. This has resulted in arms manufactured in the USA and other countries ending up in the hands of armed groups known to be committing war crimes and other atrocities - including ISIS and paramilitary militias now incorporated into the Iraqi army.
In response to the audit, the US military has pledged to tighten up its systems for tracking and monitoring future transfers to Iraq. However, the Department of Defense made almost identical commitments in response to a report for Congress as long ago as 2007 that raised similar concerns.

Amnesty is urging the USA to comply with the “Leahy Law”, which prohibits the supply of most types of US military aid and training to foreign security, military and police units credibly alleged to have committed “gross human rights violations”. Amnesty is also calling on both the USA and Iraq to accede to the global Arms Trade Treaty, which has strict rules in place to stop arms transfers or diversion of arms that could fuel atrocities.

The fate of the Kurds.

RT‏Verified account @RT_com  23m23 minutes ago
‘Not if, but when’ Kurdish secession from Iraq imminent - US intel chief
7 replies29 retweets28 likes