So last night,  my uncle was in a car accident (a drunk driver hit him).  I was at the hospital and didn't blog.

Sorry if anyone was disappointed.

I did catch THE GOLDBERGS in the main waiting room but I wasn't in a good mood.  (My cousin Marcia pointed that out as soon as she got there.)

So if you're a GOLDBERGS fan, pin it on my bad mood.

But I really hate this show.

First off, we saw it all before in THE WONDER YEARS.

Same voice over, same Kevin-ish lead character (baby of the family), mean older brother, sister who's more in touch with the world than anyone else.

About the only thing new here is the mother.

Praise for the writing of the character Beverly and huge praise to the actress Wendi McLendon-Covey
who brings the character to life.

I'm getting tired of this show's inability to be accurate with their 80s facts.

Woah, the 80s blew by fast in four seasons, huh?

Because Bette Midler's 1988 hit "Winds Beneath My Wings" played over and over in the episode.

Daughter Erika wore a NKOTB t-shirt.  In a photo of her that was probably 4 years prior (photo appeared in the montage the Kevin-character made for his mother for Mother's Day -- to the tune of Bette).  So that would put us in 1990.

The time flow is a problem.

And I hate that this show has show runners who dismiss it.

You're writing a show about the 80s, be accurate.

But, more to the point, start putting in some damn laughs.

But the TV was on to distract us.

I watched one stupid thing after another take place.

None of it funny.

It was the actress pouring so much into the role that made it funny.

I think the lack of attention to detail really shows in the repeated misfires this WONDER YEARS rip-off has.


Thursday, May 4, 2017.  The Mosul Slog continues -- despite a lack of interest from the corporate press.


And here's what the mainstream press runs with. 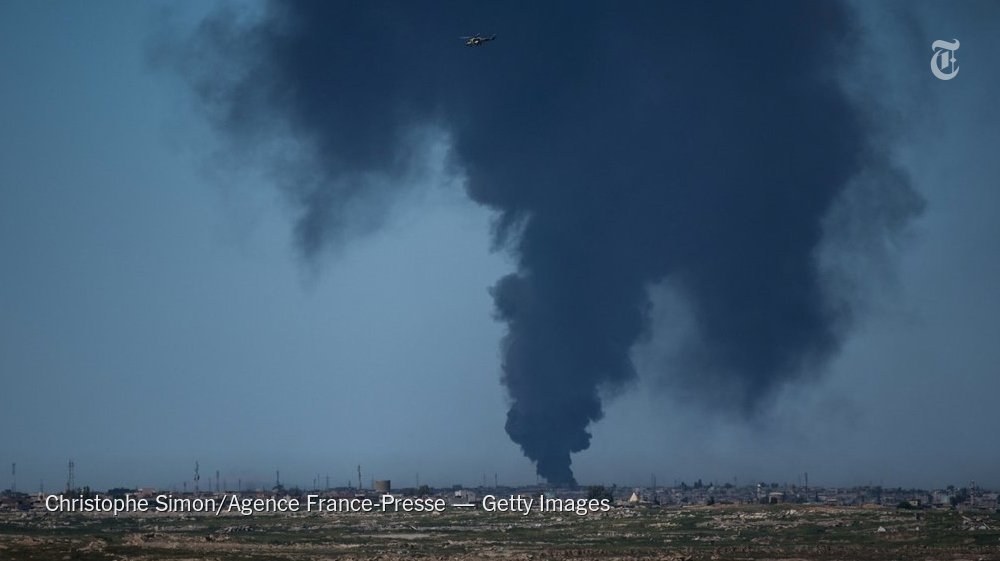 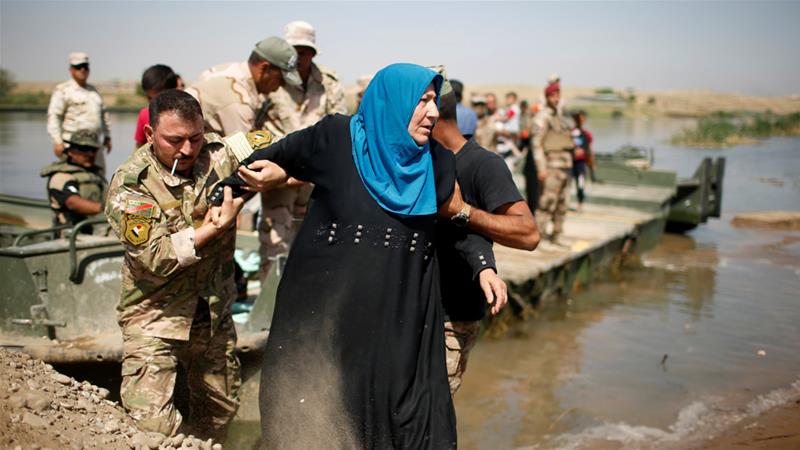 Maybe Day 197 should be in the headline.


The original plan was this would take just a few weeks, remember?


Dropping back to the August 1st snapshot:


POLITICO asserts that US President Barack Obama is planning an October Surprise to influence the outcome of this year's presidential election.

For those late to the topic, refer to Robert Parry's reporting on the 1980 October Surprise at CONSORTIUM NEWS.


POLITICO'S Mark Perry reports that Barack is planning to start the battle to retake Mosul in early October and, "If Mosul is retaken, it would both mark a major political triumph for Barack Obama and likely benefit his party’s nominee at the polls, Hillary Clinton, undercutting Republican claims that the Obama administration has failed to take off the gloves against the Islamic State."


Mosul was seized by the Islamic State in June of 2014.


Barack's 'answer' since August of 2014 has been to drop bombs on Iraq daily.

That was the plan.

Of course, Iraq's Prime Minister Hayder al-Abadi couldn't pull it together enough to even get it started in early October.

Even if he had, the notion that Mosul could be retaken in a matter of weeks shows just how out of touch the Iraqi government and the White House was with reality on the ground in Iraq.


And out of touch also describes the press.

Elise Labott screamed "NO!" in the middle of a press conference  when another reporter, Said Arikat of AL QUDS DAILY, referred to the Mosul operation as a slog near the end of October.


QUESTION: Okay. Can we stay on [the Islamic State] and the battle of Mosul?

MR KIRBY: Sure, sure.

QUESTION: Okay. Is it turning out to be like a slog, or how are things moving? How are they progressing?

MR KIRBY: Elise, do you want to come take the podium?


But that's how the western media has played it -- denial, denial and more denial.


Yesterday, the US Defense Dept announced:


These daily strikes having been going on since August of 2014.

A fact the corporate press also tries to bury.


Witnesses and survivors of the US strike say the whole US story about ISIS putting them in the homes never happened.
Rather, they insist airstrikes had been leveling houses in the area for days, and ultimately everybody ended up collected into just three houses close together, hundreds of people from scores of families, when major US airstrikes came and brought the buildings down on top of them.
Indeed, the whole reason the houses had been so popular with fleeing civilians is that they were relatively far away from the fighting, and they assumed there’d be no reason for them to be attacked, since they were small and isolated. The Pentagon has yet to respond to the eyewitness accounts, which radically differ from their own version of events.


From Monday's snapshot on an AP story by Susanna George:

As for national reconciliation, dropping back to Friday's snapshot:


THE BAGHDAD POST reports that MP Mohamed al-Ja'fari has said that the reconciliation is "doomed to failure."

This is just one opinion, right?

He's a member of State Of Law.

State Of Law is the political coalition created by Nouri al-Maliki to avoid running with his political party (Dawa).  So State Of Law is making clear that they remain opposed to reconciliation.

He's also a member of Nouri's State Of Law coalition.

Which explains why he does nothing to bring about reconciliation either.


So get ready because the never-ending Iraq War is never going to end.

As long as the government persecutes a group, some organization will rise up -- it's the basic reaction to persecution.

But don't worry, George tells us, with money, there will be reconciliation.

Nancy Pelosi was Speaker of the House, it was 2007.  And Iraq promised reconciliation.

To keep getting billions.


They never met the benchmarks then-prime minister Nouri al-Maliki signed off on.

But they kept getting money, remember?


And no strings attached.

Even though, remember, Nancy Pelosi, failure to live up to the benchmarks was supposed to result in pulling all funding.


Iraq’s Foreign Minister this week asked the United States to develop a financial plan for the reconstruction of the country after ISIS, similar to a program developed for Western Europe after the Second World War.
In discussions with Special Presidential Envoy to the Coalition Brett McGurk, Ibrahim al-Jaafari stressed the need for “collective support from the international community to contribute to the reconstruction of infrastructure after the defeat of terrorism.” Jaafari suggested “the adoption of a project similar to the Marshall Plan which contributed to rebuilding Germany after the Second World War.”
Iraq will need billions of dollars to rebuild after ISIS. Large portions of major cities were destroyed in the war, infrastructure was neglected under ISIS, villages are riddled with mines and booby-traps. The deputy governor of Anbar estimated that his province would need $22 billion alone for reconstruction.

Um, never mind invoking the Marshall Plan. What needs to be cited here is that the United States already spent billions to reconstruct Iraq, from 2003-2010. I know. I was there. It was my job to help spend some of those billions. We accomplished less than nothing. In fact, our failure to reconstruct Iraq then lead in a direct line to the Iraq of now. I cannot believe I am writing this. Again.

See, in fact, I wrote a whole book about it: We Meant Well: How I Helped Lose the Battle for the Hearts and Minds of the Iraqi People, in 2011.

At some point, you'd expect the corporate press would be required to note these basic details -- even if only for context.

But proper context is the one thing the corporate press no longer wishes to convey.

It's all about opinion and personalizing these days.  Hotheads distracting the American people from the real issues.

The Mosul Slog will soon hit 200 days and that alone is news.

Equally newsworthy is how little has been accomplished.

The operation, for those who've already forgotten, was supposed to be about rescuing the citizens of Mosul, improving their lives.

But they are the ones who have suffered the most during this operation. 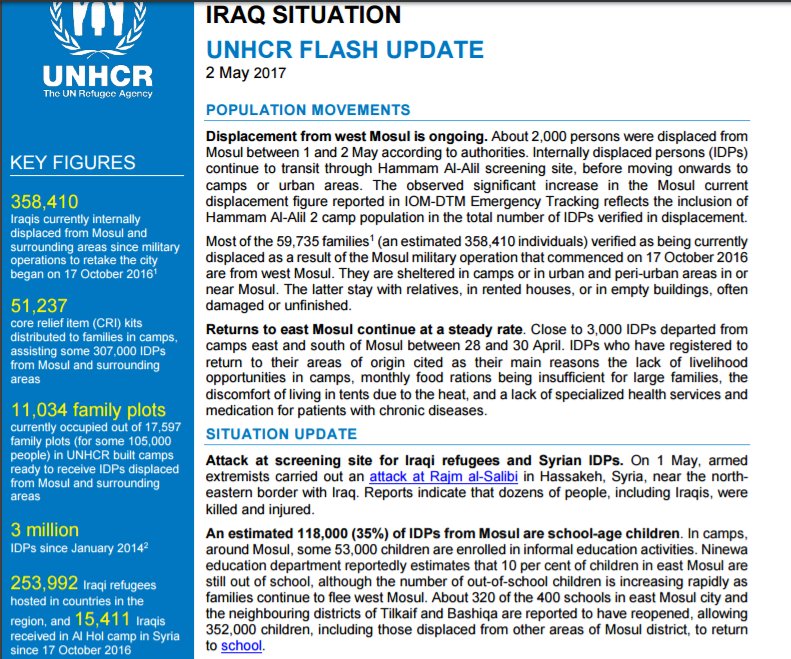 
Maybe someday the corporate media will do its job?