Scott Dworkin‏Verified account @funder  5h5 hours ago
"I did win by more than 3 million votes against my opponent." @HillaryClinton Yes you did! #trumprussia #russiagate #resist #trumpleaks
23 replies407 retweets945 likes

No, she did not win by more than 3 million votes.

At best, she won 3 million more popular votes than her opponent.

But we do not elect by popular vote.

So she did not win.

Here's another example of this lie:


She did not win the election.

The electoral college decides the election.

It's not a popular vote.

Again, you can say she won 3 more million votes.

But you can't say she won the election because she didn't.

You're lying when you say she did.

Tuesday, May 2, 2017.  Chaos and violence continue, The Mosul Slog continues, and much more.


The bombing above was in Anbar Province.  2 suicide bombers in Salah ad-Din Province today took their own lives and the lives of 2 police officers. 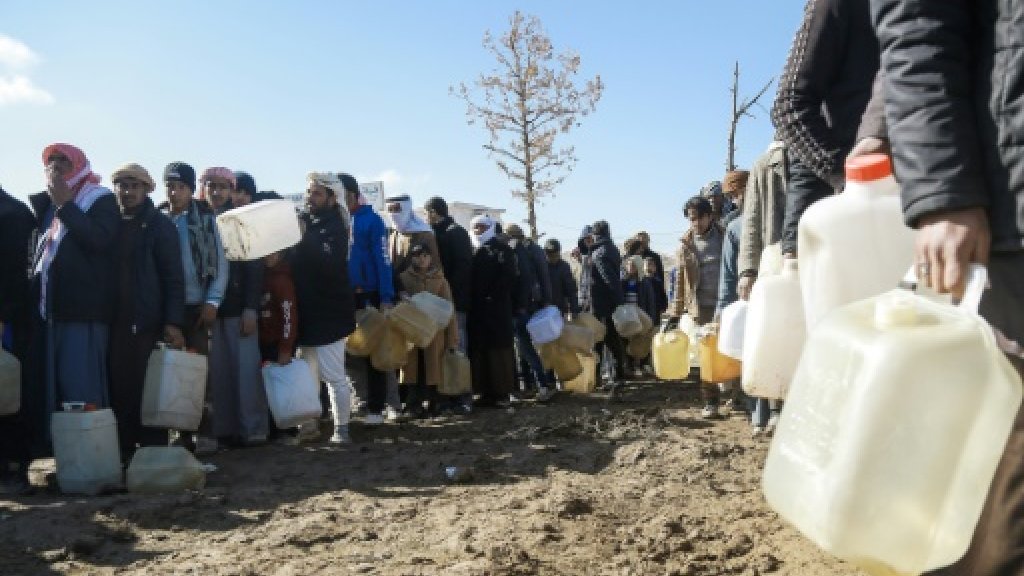 
And ALSUMARIA reports bombings near the orchards of Abu Saida claimed the life of 1 farmer and left another injured,

Oh, the rain never comes
Count my blessings on my thumbs
And the dogs just want to sleep in the
Sun all day

There's no way a country like that could die
Told me that they drift away
But that's a lie
-- "J For Jules," written by Aimee Mann, first appears on 'Til Tuesday's EVERYTHING'S DIFFERENT NOW


FYI, Aimee's new album is MENTAL ILLNESS and it's one of the year's finest.

And how's that going?


Remember when it started in October and was supposed to be over by the end of October?

Now the Iraqi government is saying it will be finished by the end of this month.

195 days of brutal attacks on a densely populated city.

AP reports civilians explain they are trapped and the city destroyed:


Instead, they described a horrifying battlefield where airstrikes and artillery pound neighborhoods relentlessly, trying to root out IS militants, leveling hundreds of buildings, many with civilians inside, despite the constant flight of surveillance drones overhead. Displaced families scurry from house to house, most of them driven out of their homes in other neighborhoods by IS militants, who herd residents at gunpoint out of districts about to fall to Iraqi forces and push them into IS-held areas.
Their accounts underscore how increased use of bombardment has made the fight for Mosul’s western sector, which began in mid-February, dramatically more destructive than its eastern half.
More than 1,590 residential buildings have been destroyed in western Mosul, based on analysis of satellite imagery and information from local researchers, the U.N. said last week. Airstrikes killed 1,117 people in western Mosul in March and April alone, according to Iraq Body Count, an independent group that documents casualties in the war, cross-checking media reports with information from hospitals, officials and other sources.

In comparison, an estimated 1,600 civilians were killed or wounded from all causes during the 100-day campaign to recapture Mosul’s less densely populated eastern half, which ended in mid-January.

This description jibs with the warning Vie PresidentOsama al-Nujaifi voiced at the start of the week.  NRT reports:

Iraqi Vice President Osama al-Nujaifi said the humanitarian situation in Mosul has reached a “catastrophic point” as Iraqi forces engage in clashes with Islamic State (ISIS) militants in western Mosul.
"The situation is catastrophic amid famine and lack of food and medicine, which make the city live an unbearable situation," al-Nujaifi told a party meeting late Sunday (April 30).
Some 400,000 civilians remain trapped inside the densely-populated Old City where street battles have raged for weeks.
The Iraqi VP said hundreds of thousands of families have heeded government calls to stay at their homes because militants may use civilians as human shields.

Molly Hennessy-Fiske and W.J. Hennigan (LOS ANGLES TIMES) report on the US military's assessment of their own counting/reporting.  The US military is having difficulty counting civilians because they're apparently not the ones (the US military) calling in strikes.

So in a country rife with sectarian divisions, with a Shi'ite dominated military attacking a Sunni town, the air strikes are being called in by the Iraqi military.

In what world does that make sense?


Saturday brought news of another US military death in Iraq.  Sunday, the fallen was identified as 1st Lt Weston C. Lee.  Norm Cannada (GAINESVILLE TIMES) reports on the reaction on campus at the University of North Georgia:

Laurie Davis, manager of the UNG Bookstore on the Dahlonega campus, called Lee “a very genuine person.”
“You knew you could trust him that he would do what he said he would do,” Davis said. “One thing that really came across was his love for his country, love for God and for family. It showed in everything he did. I was amazed at his insight. He was wise beyond his years.”
Rafael Hernandez, a senior at UNG, worked with Lee in the bookstore and was a teammate with him for a semester in the rugby club.
“He was always happy,” Hernandez said. “He was pretty caring about how the other person was feeling. He was someone you would look up to. I think the only thing he really feared was God himself.”


Hernandez called Lee a “good teammate” and “a force to be reckoned with” in rugby.